Contest: Win Tickets to See 'The F Word' Across Canada! 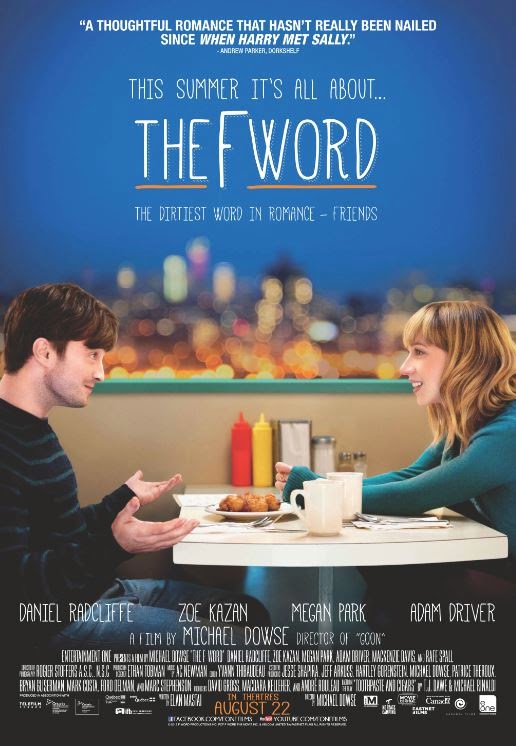 “Friend,” “fudge,” “funny,” “fantastic,” “foxy,” and “film,” are all choice F-words, but the real F-word everyone loves is “free.” Yes, that’s right! The F Word is coming to town and we have free tickets to a sneak peek near you. The F Word, one of the most popular Canadian films from last year’s fall film festival circuit (it scored a spot on TIFF’s Canada’s Top Ten list and scooped a Canadian Screen Award for Best Adapted Screenplay earlier this year), is finally coming to theatres. The F Word opens August 22 from eOne Films, but if you want a chance to win tickets to an advance screening of The F Word in cities across Canada, answer the trivia below and enter to win!

Synopsis: Medical school dropout Wallace has been repeatedly burned by bad relationships. He meets Chantry, an animator who lives with her longtime boyfriend Ben, and they form an instant connection, striking up a close friendship. Still, there is no denying the chemistry between them, leading the pair to wonder, what if the love of your life is actually your best friend? Starring Daniel Radcliffe (Harry Potter), Zoe Kazan (Ruby Sparks) and Adam Driver (“Girls”).

Thanks to our friends at eOne Films and Allied Integrated Marketing, Cinemablographer has double passes to give away to sneak peeks of The F Word in the following cities:

All screenings are on Monday, August 18th at 7:00 PM unless noted otherwise.

The Canadian rom-com The F Word is a love letter to Toronto. At which popular movie theatre in Toronto’s Little Italy do Wallace and Chantry see The Princess Bride?

Send your answer to contests@cinemablographer.com with the subject “The F Word – [City]”.
(Limit one entry per person, please.)
Bonus entries go to anyone who retweets/shares/likes this contest on Twitter and  Facebook!

The F Word opens in theatres August 22 from eOne Films.

PLEASE NOTE THAT TICKETS ARE STILL AVAILABLE FOR HALIFAX, HAMILTON, KINGSTON, KITCHENER, LONDON, REGINA, and SASKATOON! If you would like passes to a screening in one of these cities, please email contests[at]cinemablographer.com. First come, first served. Cheers!