Before the Winter Chill (Avant l’hiver)

It’s tragic to think that French Kristin Scott Thomas movies are an endangered species. Strangely, though, one can’t help but keep the great ex-pat British actress in mind, and her revelation this year that she “cannot endure another film,” while watching Before the Winter Chill (Avant l’hiver), her latest collaboration with writer/director Philippe Claudel. Chill is a good film by any measure and Miss Scott Thomas is very fine in an underwritten role as “the wife” Lucie, but that’s exactly the problem. If one considers that Mr. Claudel is the same talent who penned and directed 2008’s I’ve Loved You So You Long, a devastating drama in which Miss Scott Thomas gives the performance of her career, then Before the Winter Chill is bound to disappoint. It’s a quietly serviceable marital drama, but one that just cries to have more meat and gusto, especially when there is so much subtly fragile coldness, mystery, disappointment, and despair percolating in Lucie’s eyes whenever she’s on screen.


This tale of a marital malaise focuses primarily on the late-life crisis of Paul (Daniel Auteuil), a workaholic neurosurgeon who loves the office but barely finds time to come home. Paul clearly takes pride in his work, but he is thrown for a loop when a young bartender named Lou (Leïla Bekhti) thanks him for saving her life during an emergency appendectomy she had during her youth. Paul is strangely put off by the gushing compliment, and doubly so when bouquets of flowers start appearing at his office, on his car, and (much to Lucie’s chagrin) his home. 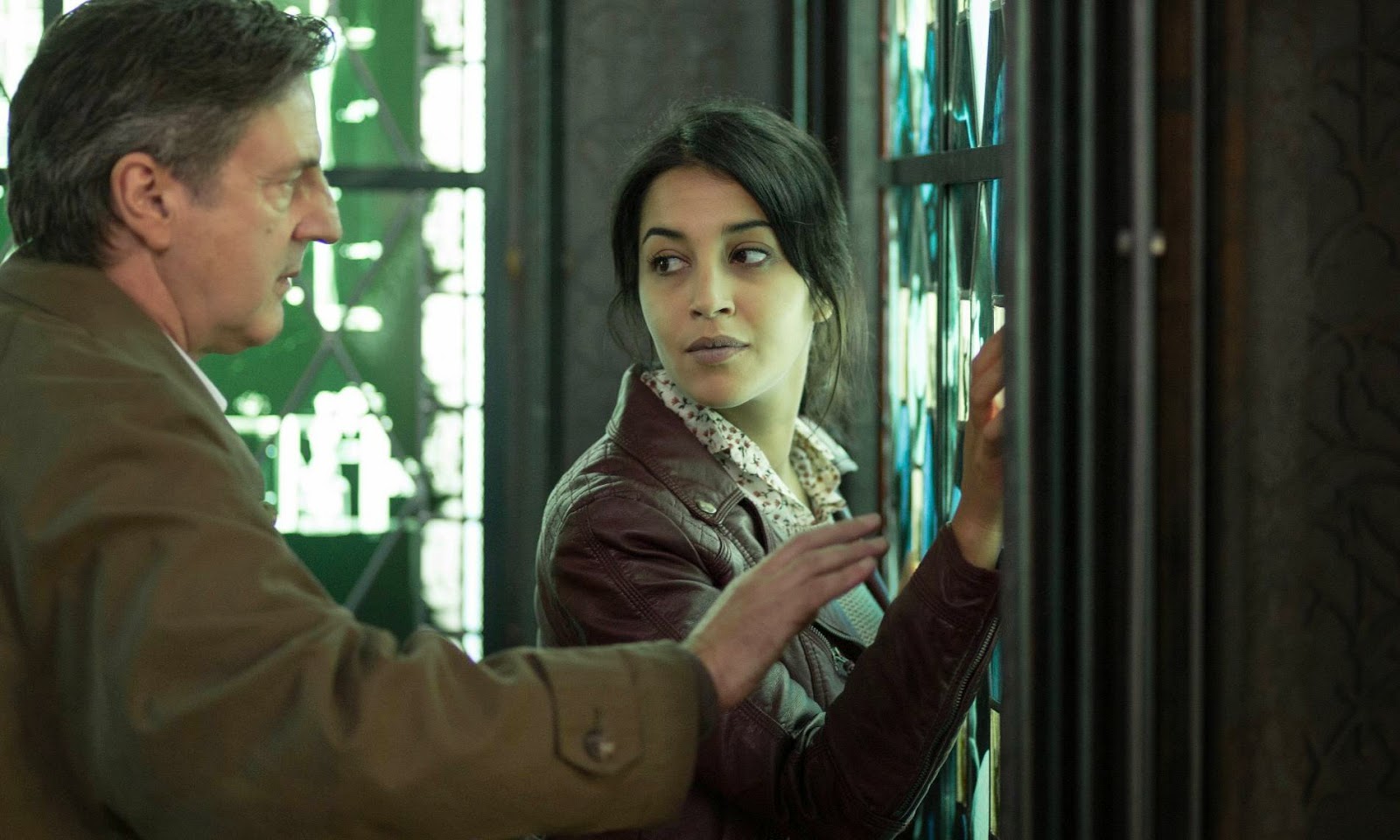 Claudel sets up Before the Winter Chill with the promise of leading it into boiled bunny territory thanks to a framing device that puts Paul in the hot seat answering questions about a woman on whom he performed an appendectomy. Odds are it is Lou and not Lucie, and Before the Winter Chill leads its successful doctor down a familiar route that sees a bored man stray from the path. The film never really thrills as a thriller, since it’s far too sedate and methodical. Claudel unfolds Paul’s bizarre entanglement with Lou, whom he fully suspects is deranged, at a languidly meditative pace that doesn’t benefit from the film being marketed as a thriller.

More interesting, however, is the way that Before the Winter Chill crumbles Paul and Lucie’s marriage almost tangentially. They’re rarely together in the film, and the film shivers with a palpable coldness whenever Auteuil and Scott Thomas share the frame. Claudel mostly conveys the dissolution of their marriage by repeating the image of Lucie tending to the vast garden on the family estate as she readies it for the barren season ahead. Before the Winter Chill devises some fine pathetic fallacy as Claudel uses the oncoming frost and the cold, crisp greyness of the landscape to visualize the a marriage growing cold. The demure, measured cinematography plays with the frostiness of their marriage quite nicely.

The interiors of Paul and Lucie’s house are equally chilly, for Lucie’s sister likens it to a glass coffin in an early scene, and the rest of Before the Winter Chill sees Lucie kill time in an empty and immaculately kept house that looks devoid of life and warmth. Scott Thomas excels in many of the film’s quietly contemplative moments as Claudel shatters Lucie’s comfortable life with her slow suffocation. An underlying relationship between Lucie and Paul’s colleague Gérard (Richard Berry), on the other hand, is playfully mysterious. As Paul strays from Lucie and becomes infatuated with Lou, Before the Winter Chill increasingly implies that Lucie is having her own escape from a dull and unhappy marriage, but playing the part of the long-suffering wife just for show. If the film only developed this subplot further, then the cooling marriage might have been a thrilling double bind.

Everything is secondary to Paul’s entanglement with Lou, however, and the main thread of the film simply doesn’t match the same level of intriguing or titillating critique of bourgeois ennui as the supporting parts of the film do. Auteuil is surprisingly wan, compared to Bekhti’s fiery seductress, Scott Thomas’s subtle tragedy, and Berry’s beguiling charm, so Before the Winter Chill ultimately leaves one cold.

It’s not a bad coldness, though. Rather, it’s a partially refreshing one thanks to the chilling music that plays with mood and feeling, especially the closing credits number that provides unexpected goose bumps. The film sets the chill as it cuts to an icy stare from Lucie as she sees years of denied happiness hit her in face shortly after she toasts to another summer in the glass coffin. It’s a devastating reminder how terrific Scott Thomas can be whenever a film actually gives her something to do, but, sadly, all good things fade…

Before the Winter Chill is now available on home video.

Did Before the Winter Chill leave you hot, cold, or somewhere in between?