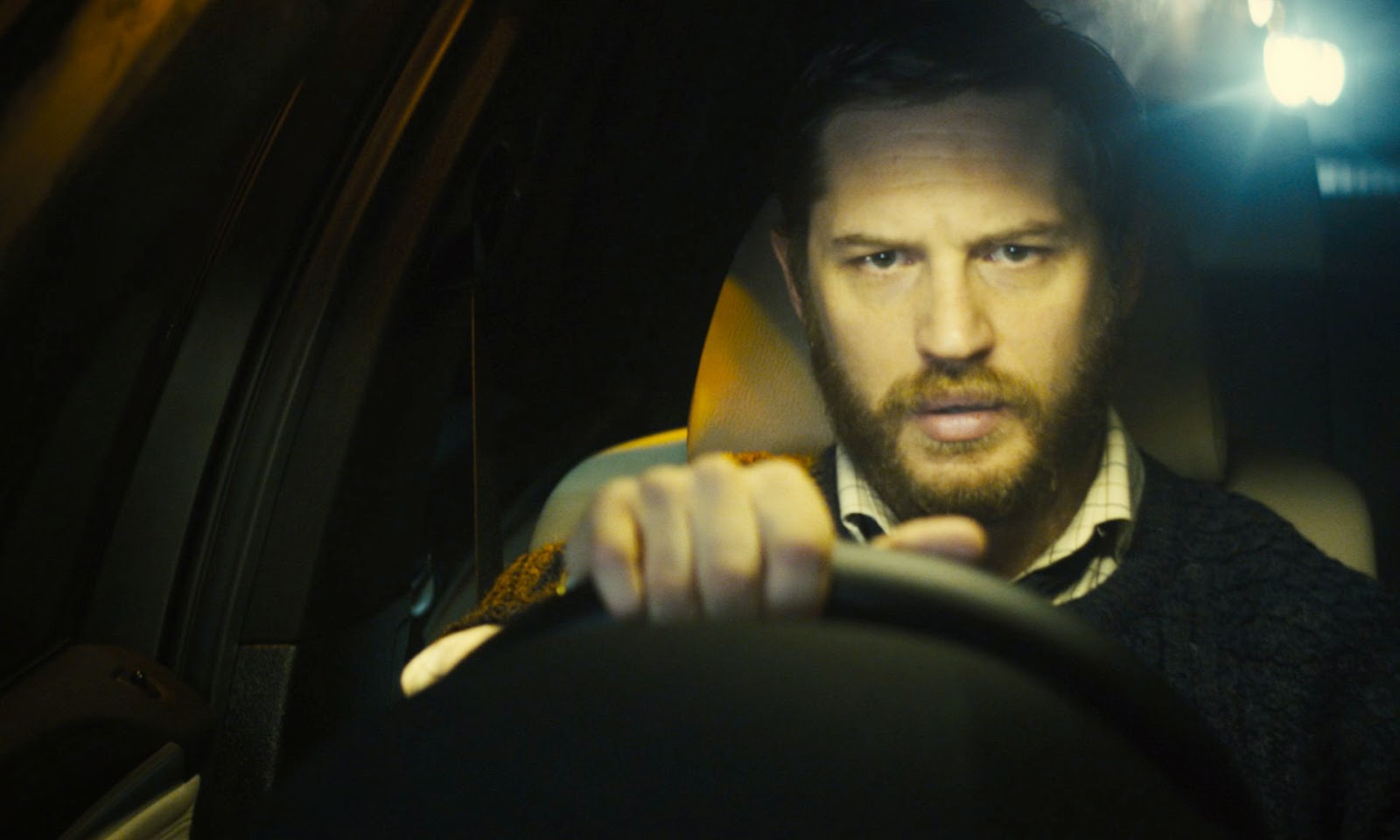 Locke features a concept that works much better with Robert Redford on a boat. If All is Lost plays like a bravura solo act in which a seasoned sailor proves himself a master of the high seas, then Locke is a disappointingly gimmicky ruse in which an emerging star struggles to exceed the star vehicle. Tom Hardy fires on all cylinders as he spends eighty-odd minutes behind the wheel of a car in Locke, but this one man show chugs to the finish line. Locke’s solo act runs on fumes despite the driver’s best efforts.


Locke, written and directed by Steven Knight (screenwriter of Dirty Pretty Things and Eastern Promises, never really shakes the feeling of being a contained gimmick as it follows Tom Hardy’s contractor Ivan Locke along the motorway to London. Locke offers the latest in a string of stunt performances that form the core of a film’s central energy, and it might suffer from the fact that watching Tom Hardy drive a car isn’t nearly as interesting as watching Robert Redford sink silently in a boat or Sandra Bullock drift breathlessly through space. It’s a good performance for sure, although it’s hard to forget that one is simply watching Tom Hardy acting since Locke always plays like a performance piece.

Hardy gives a compelling performance from behind the wheel and it is commendable how an actor can make a film so engaging despite doing little more than having conversations with unseen speakers. He barely moves from the upright position and he mostly keeps his hands at ten and two except to blow his nose and rub his hands all over his face. Locke features a few too many tics that aim for realism, such as Hardy’s constant face touching and beard rubbing, but they feel strained as the film tries to hold the audience’s attention. (Locke might have made a great short.) Hardy is frequently dynamite, though, in spite of Ivan’s completely unplaceable accent and mechanical tics as he spirals out of control, yet keeps his composure cool and his eyes on the road.

Call after call brings a little chaos into the vehicle that careens towards London. Calls with a cranky supervisor (Ben Daniels) put Locke’s career on the line as he drives away from an important concrete-pouring job that he has spent years planning. More calls to his funny underling (Andrew Smart) toil to preserve the work that is clearly Locke’s greatest source of pride. Calls with home are equally testy with his wife (Ruth Wilson) utter irate, understandably so, that Ivan is abandoning a night with the family to attend the delivery of a child that resulted from a one-night stand with Bethan (Olivia Colman), who chimes in on the car phone from time to time with calls of needy desperation. It’s funny how the car phone’s polite interjections of “You have a call waiting,” drive Locke further into desperation, and Locke offers an intriguing musing on contemporary communication as a man can excel in his work, yet see his whole life crumble, from behind a mobile telephone. Locke loses everything in a single car ride, and Knight’s script contrasts the work/life conflict as this fallible man does his best to preserve the foundation he’s laid for his success.

Locke, however, is an act of telling in a visual medium better suited to showing. The taut editing by Justine Wright is the only cinematic element in Locke as her quick cuts give the film enough urgent energy to keep one alert. The vocal performances, especially Colman’s, are also frequently compelling, but Locke could easily be a radio play since the entirety of its conflict plays out in conversations. The film feels especially strained as Locke grapples with his inner demons and argues with his imaginary father by looking in the rear view mirror and griping aloud about all the faults his father had that he refuses to pass on to his sons and his future child with Bethan. Knight vocalizes all of Locke’s depth and interiority, which grows a bit tiresome if one considers that JC Chandor and Robert Redford pull off a similar feat using only Redford’s weathered face and the word “fuck.” Not all is lost in Locke, but it’s a Sunday drive as far as character-driven performance pieces go. It puts Hardy in the driver seat and that's about it.

Locke screens in Ottawa at The ByTowne until July 10

What did you think of Locke?