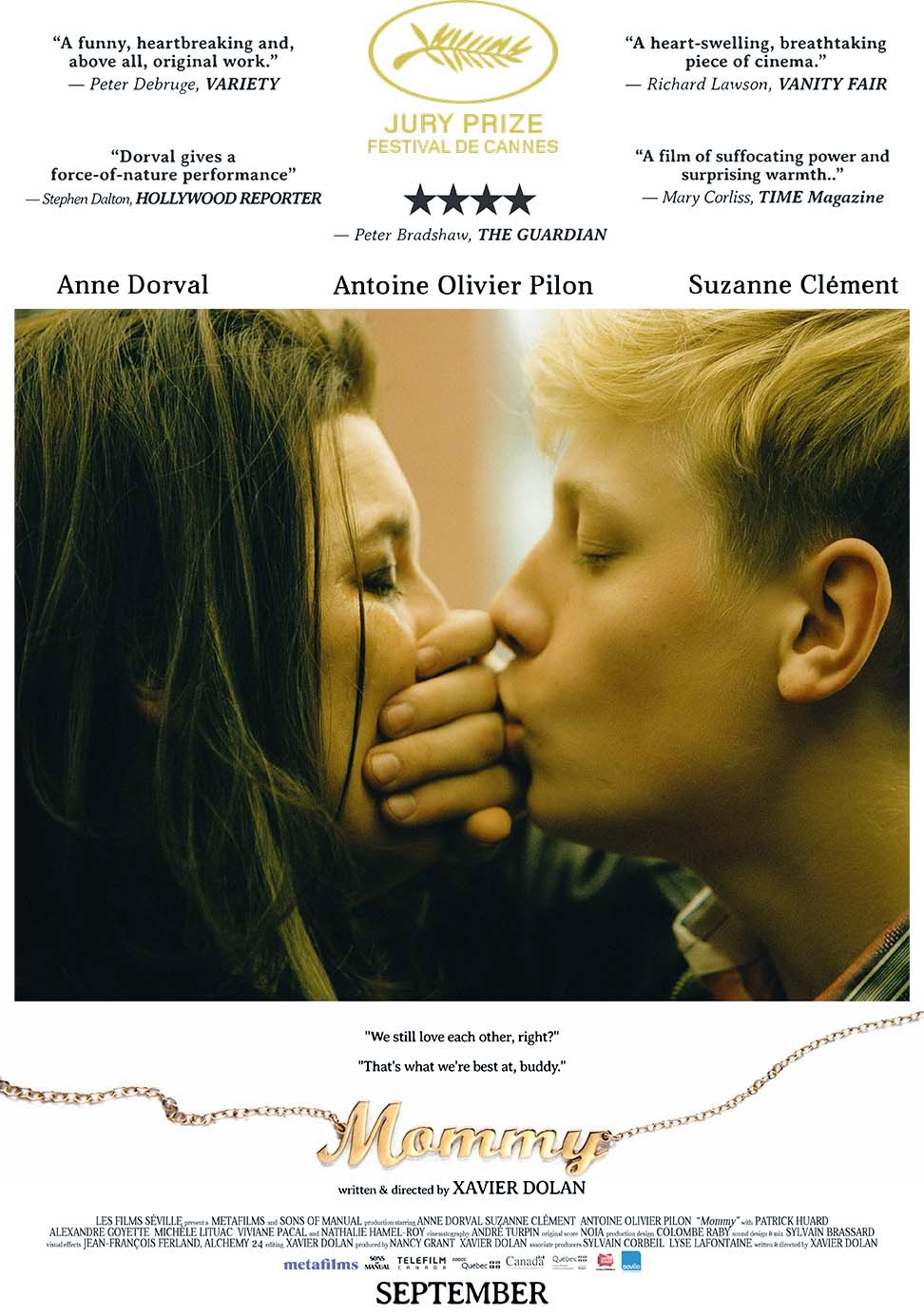 It's here! Les Films Séville released a trailer for the hotly-anticipated Canadian film Mommy today. It's a beaut, especially from the clips highlighting the performances from regulars Anne Dorval and Suzanne Clément. The latest film from Xavier Dolan (Laurence Anyways, I Killed My Mother) gets an energetic (and sexy) preview after its much-buzzed debut at Cannes where it won the Jury Prize. The film will presumably get a North American premiere at Toronto, but Quebec audiences will at least get to see the film when it opens in theaters September 19. More dates to follow.


Synopsis: In a fictional Canada, a new law allows distressed parents to abandon their troubled children to the hospital system. Diane “Die” Despres, a feisty widow, tries to cope with Steve, her wild yet charismatic ADHD son. While they both try to make ends meet, Kyla, a mysterious neighbour, offers her help. As Kyla’s heart-warming presence becomes increasingly intense, questions emerge about her own mysterious life, and the way her destiny may ultimately be linked to that of Steve and Die.