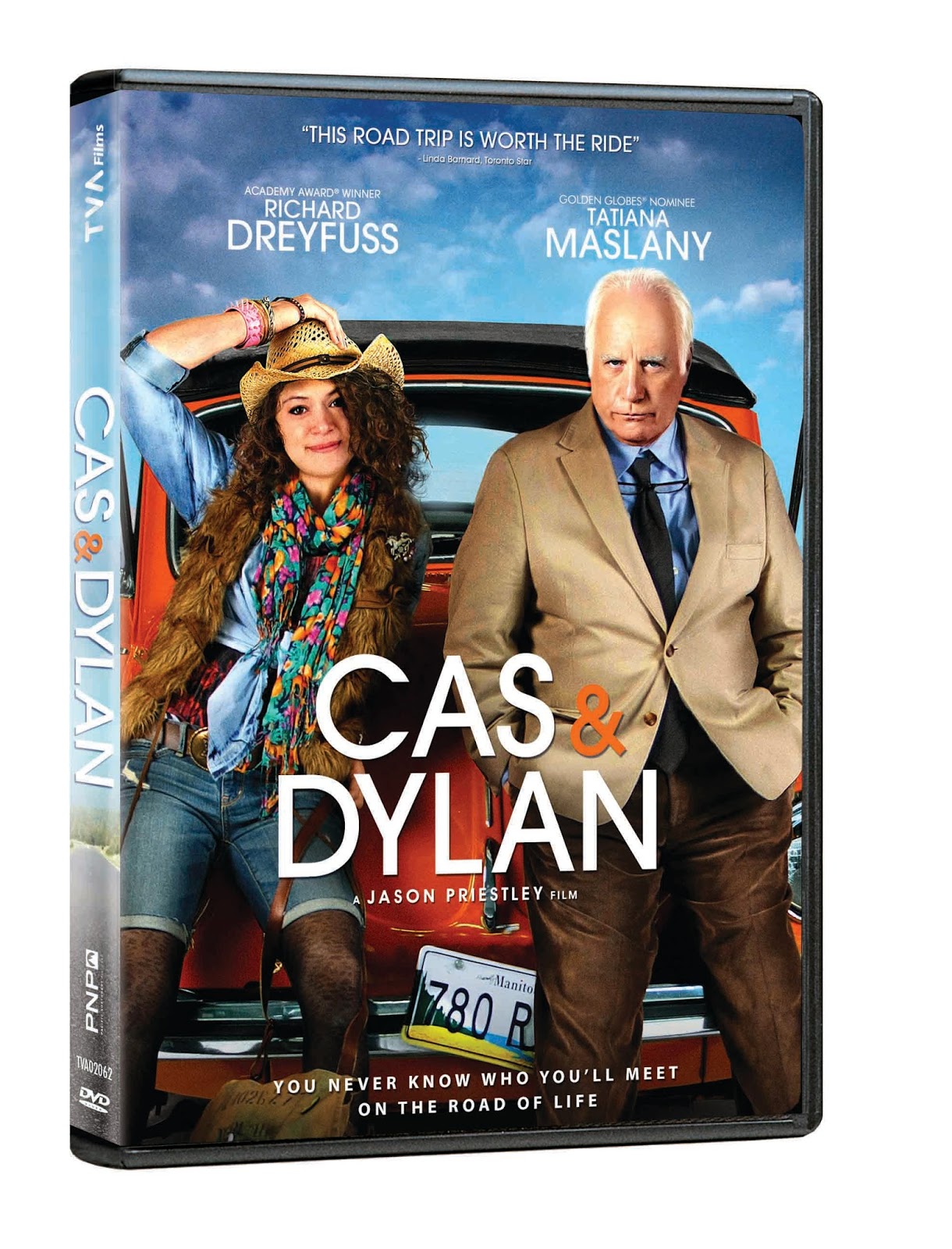 Hey, Orphan Black fans, do you want to see another side of the talented Tatiana Maslany? Maslany scores another winner with her vibrant performance as Dylan alongside Oscar-winner Richard Dreyfuss in Cas & Dylan. Cas & Dylan, the directorial narrative feature debut of Jason Priestley, comes to home video August 12 from TVA Films and Pacific Northwest Pictures. If you want a chance to check out more of Maslany’s dynamic work, you are in luck! Answer the trivia below for your chance to win a copy of Cas & Dylan on DVD!


Synopsis: Cas & Dylan is a comedic drama that follows the 61-year-old self-proclaimed loner and terminally ill, Dr. Cas Pepper (Dreyfuss), who reluctantly agrees to give 22-year-old social misfit, Dylan Morgan (Maslany), a very short lift home. The last thing he anticipates is that he will strike her angry boyfriend with his car, find himself on the lam, and ultimately drive across the country with an aspiring young writer determined to help him overcome his own bizarre case of suicide note writer’s block. Suddenly Cas’ solo one-way trip out West isn’t so solo. With Dylan at his side, the two take off on an adventure that will open their eyes to some of life’s lessons – both big and small. Cas & Dylan is a story not only about death, but also about life, fate, inspiration, and self-determination. Not to mention, about the perils of offering lifts to strangers.

Cinemablographer.com has 2 DVDs of Cas & Dylan to give away to lucky readers. All you have to do to enter is answer the following question:

Cas & Dylan star Tatiana Maslany is an actress of many talents. Which of the following clones is not one of the many characters Tatiana Maslany plays on the hit show Orphan Black?
a) Sarah Manning
b) Jordan Two Delta
c) Alison Hendrix
d) Cosima Niehaus

Send your answer and full mailing address* to contests@cinemablographer.com with the subject “Cas & Dylan.”
(Limit one email entry per person, please.)
Bonus entries go to anyone who likes/shares/retweets this contest on Facebook and Twitter!

Cas & Dylan will be available on DVD, VOD, iTunes, and SONY across Canada on August 12, 2014 from TVA Films and Pacific Northwest Pictures.

*Contest open to residents of Canada only.