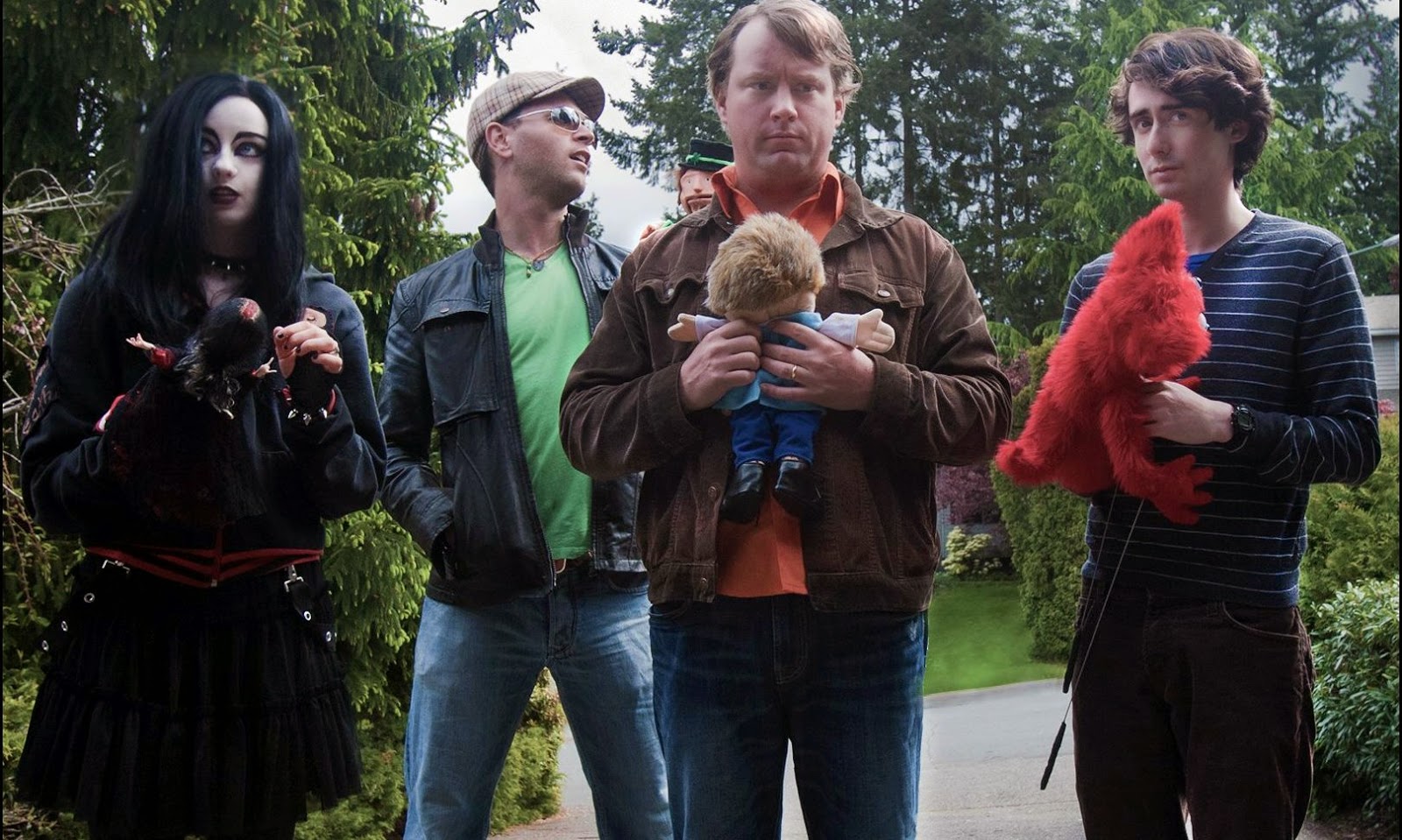 If some lucky film buff discovered a crude puppet film made by Christopher Guest in the 1980s, it might look a lot like Sunflower Hour. Sunflower Hour, a 2011(ish) micro-budget mockumentary by director Aaron Houston, certainly owes a tip of the hat to Guest's backstage opus Waiting for Guffman and its funny play on the true/fictional farce of amateur performing artists. Sunflower Hour is raucous entertainment as the mockumentary follows four aspiring contestants in a talent contest for a hit children's show called “The Sunflower Hour.” Sunflower Hour features all sorts of cuddly puppets, but the plush playthings are anything but child-friendly. This R-rated comedy is definitely for the eighteen-and-over crowd.

The operation seems botched from the start when the onscreen director (Greg Ng) turns the camera over to Donald’s rightfully pissed off and revenge-seeking wife/co-producer Melissa. Johannah Newmack plays Melissa and she easily steals the show with her deadpan “I don’t give a shit” attitude. (I don’t know how she keeps a straight face for any of this film.) Melissa puts Simon Cowell to shame as she sits back in the audition round and eliminates the wholesome entertainment while passing through a drunken Irishman named Shamus (Ben Cotton) who drops trou before performing, a puppeteer anarchist named Satan’s Spawn (Kacey Roth), and an evangelical poindexter named Leslie (Patrick Gilmour), who uses puppets to preach the evils of homosexuality when he himself is obviously (and obliviously) gay. And then there’s David Spencer (Amitai Mormorstein), who moves on to the next round because he breaks down and cries. (Wuss!) Melissa packs the quartet off contestants off to Vancouver grungiest fleabag hotel and voilà—the four contestants are in a backstage brouhaha of quirky nonsense.

Aspiring puppeteers better man up, ‘cuz the business of busting into Sunflower Hour is no joke. This puppet flick is warped, depraved, sick, and twisted, but it’s also laugh-out-loud funny. The obvious incongruity of the puppets and the dirty humour lets Sunflower Hour get away with much of its naughty shenanigans. Some of the humour might be too mean-spirited and unremitting for its own good, especially regarding Sunflower Hour’s overdose of gay jokes. The un-PC humour is bound to alienate some viewers. The film might cross the line when it sprays a hand puppet with man juice, or when the puppets mime fellatio, etc., but it’s all so ridiculously over-the-top and the cast plays it such sincerity that most of Sunflower Hour’s potty mouth actually works.

The mockumentary angle, on the other hand, does really add as much as to the story as the biting black humour does. The ridiculousness of the film is almost too extreme to play on truth and fiction the same way that satire does in mockumentaries such as, say, This is Spinal Tap, but the confessional element of documentary form allows the camera to capture the comfort the contestants receive in creating alter egos with their puppets to escape the alienation they feel in their everyday lives. That and the modest production circumstances of documentary cater extremely well to micro-budget comedy. The cheap video and anything-goes aesthetic of Sunflower Hour suits this gonzo exercise rather well. And does the quality of the camera really matter when it’s filming a puppet dripping with cum?