Birds of a Feather Laugh Together 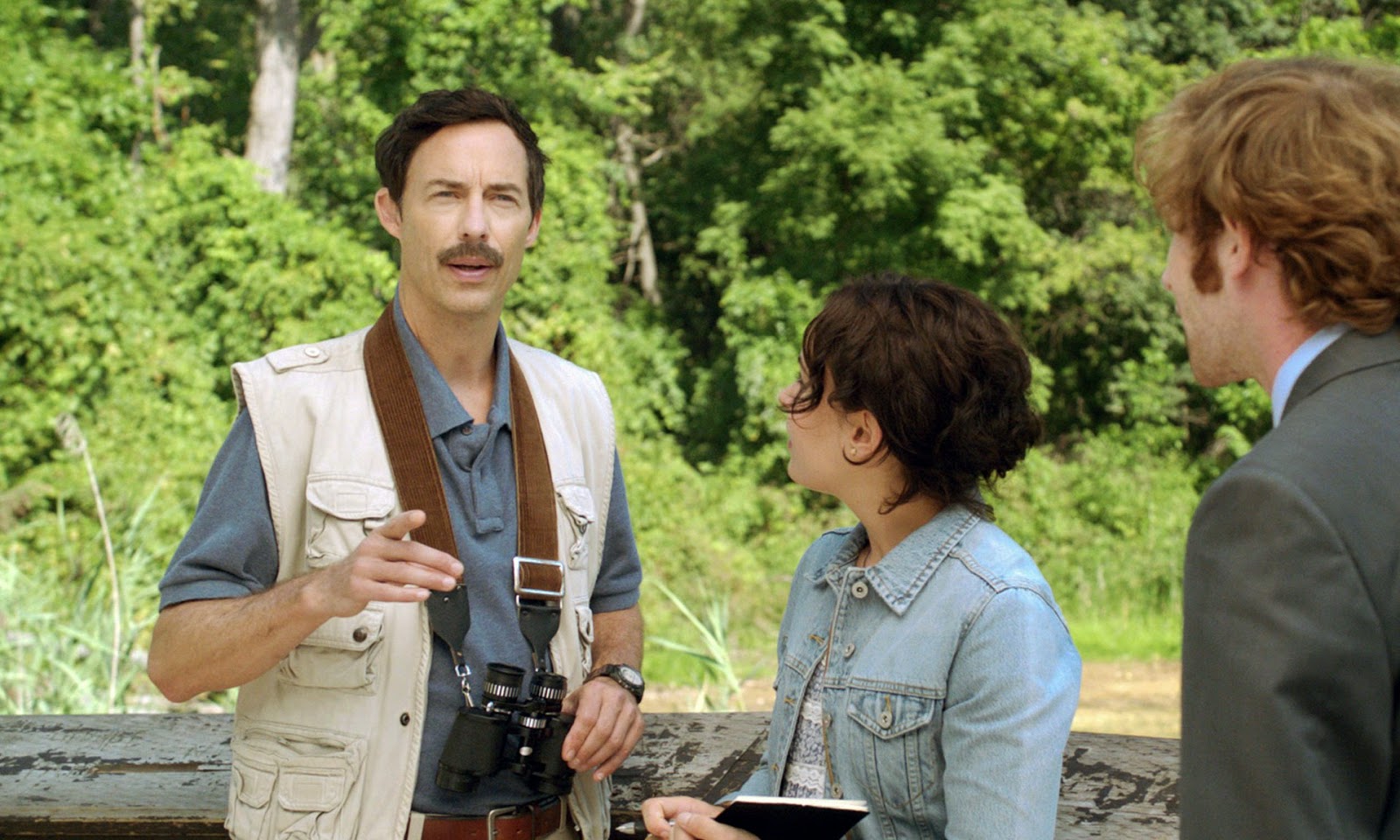 This bizarre phenomenon occurs at my cottage whenever any member of my family goes kayaking. No matter the day and no matter their skills with the paddle, my relatives become expert birders the second they kayak around the nice cottage area on the Quebec side of the Ottawa River. Keohanes paddle about identifying ducks, osprey, pomerants, and loons with the naked eye. (They’re all loons, if you ask me.) Perhaps it’s the wilderness or the unpolluted air, but birds bring out a wholesome childlike enthusiasm in even the sternest of paddlers. They can watch them for hours! And when a family of American bald eagles moved in the Bay, well, the shit, as they say, most definitely hit the fan.


A bald eagle might be the kind of bird that avid ornithologist Ron Spencer, played by Ottawa native Tom Cavanagh, calls “a lifer” in the amiable birding pic The Birder. Ron, a teacher at the local high school, is a legit expert on birds. He’s an amateur expert, actually, since he only helps out the Pelee Island sanctuary in his spare time. Despite genuine passion and legitimate knowledge, though, the doofus president of the birdhouse (Fred Willard, as funny as ever) gives the plum role of Head Birder to Ron’s overly enthusiastic d-bag colleague Floyd (Jamie Spilchuck). If Ron is the stiff mustachioed upper lip of the birding scene, then Floyd’s Captain Jazzhands.

The Birder is often drolly hilarious as director/co-writer Ted Bezaire lets the wholesome humour of the birding scene play out in the yin and yang rivalry between Ron and Floyd. Cavanagh is lots of fun in the role of the straightman while Spilchuck is enjoyably zany as Ron’s overeager foe. Ditto Mark Rendall (Year of the Carnivore) who is playfully whacky as Ron’s colleague/partner-in-crime Ben as he and Cavanagh make a fun onscreen duo as the plot Ron’s revenge. The revenge plot is a tad predictable, but the contrasting performances give The Birder a slapstick energy, which makes Ron unchecked enthusiasm for the sedate sport of birding all the more endearing.

It’s sweet to watch Ron go all gung-ho for nature. This quirky character study has a fine eye for the simple pleasures in life. The cinematography by Arthur E. Cooper complements Ron’s homebody character with warm, natural light, while the nice indie soundtrack gives Ron some spunk. There’s a crispness to The Birder that anyone can enjoy: a warm, safe, and soothing spirit like a paddle by shore on a summer morning. It’s fun, wholesome entertainment, much like birding itself, but the hearty spirit of the film offers something for everyone. Birds of a feather laugh together!

The Birder screened in Ottawa at The Mayfair on July 31.
Update: The Birder lands on home video May 12.