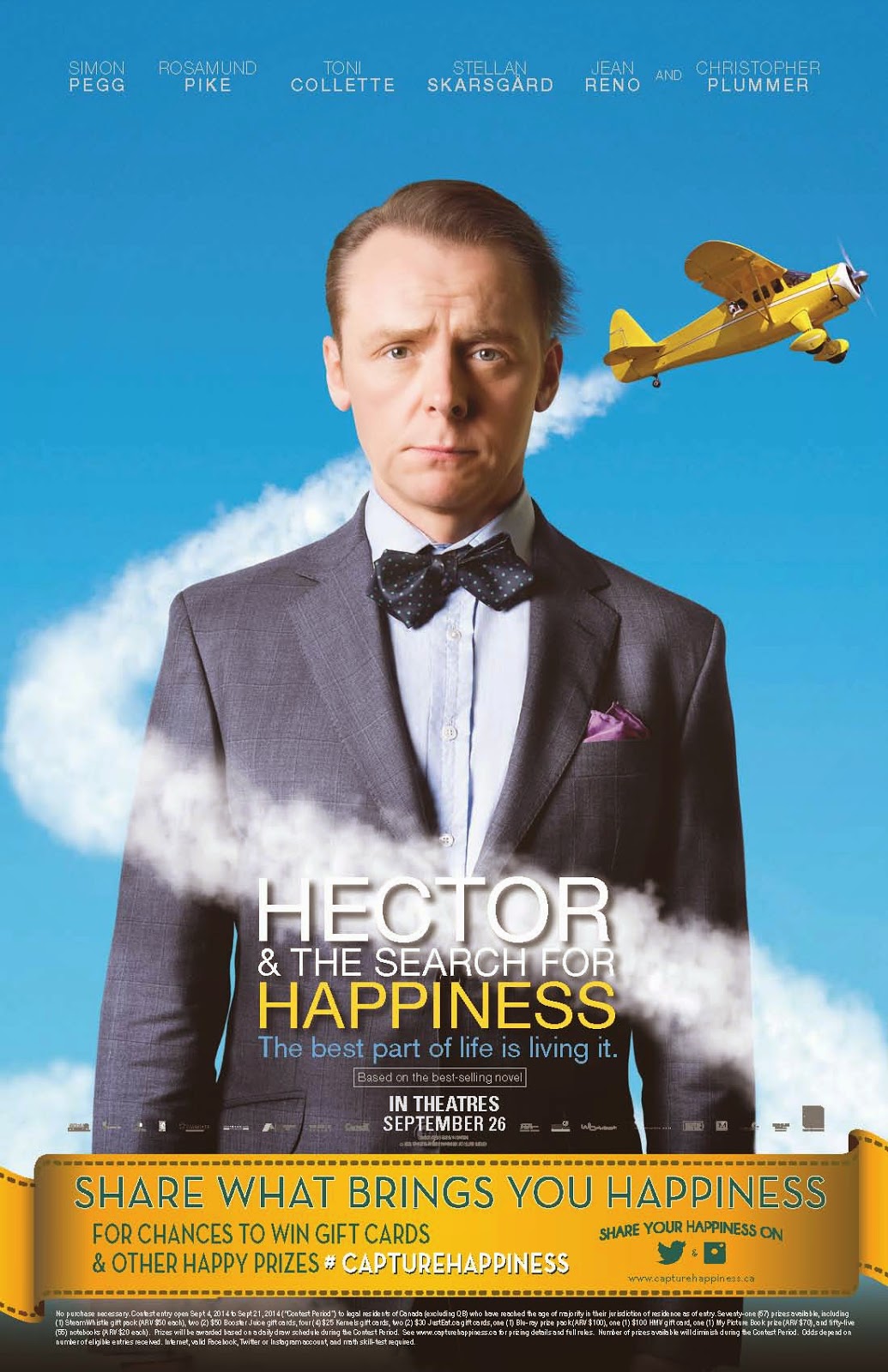 What brings you happiness? A good comedy always brings a smile to my face, so Hector and the Search for Happiness looks like just the ticket for happiness. Hector and the Search for Happiness opens in theatres September 26 from eOne Films, but if you want a chance to attend a sneak peek in select cities, you are in luck! Answer the trivia below for your chance to win! Free tickets bring everyone happiness, right?


Synopsis: Hector’s life seems perfect, but it’s not. Hector (SIMON PEGG) is a successful, well-meaning and eccentric professional, filled with childlike wonder, but he’s stuck. He’s a busy psychiatrist with a thriving practice, living with his beautiful girlfriend, Clara (ROSAMUND PIKE), in a fabulous London flat; but he’s losing patience with his patients, who aren’t getting any happier, and his romantic relationship isn’t going anywhere.

Hector feels like a fraud. How can he help his patients be happier when he doesn’t really know what happiness is? And so, Hector sets off on a global quest in search of happiness.  He travels to China, Africa and Los Angeles and he meets a host of characters: some are kind, some are dangerous, and some are even happy. He witnesses wretched excess and abject squalor; breathtaking landscapes and urban decay; generous hospitality and ruthless brutality; friendship and humanity; and when he comes close to losing his life, he realizes that he does not wish to die before he has really lived.  In China, he meets a wealthy businessman (STELLAN SKARSGÅRD) and falls for an enchanting young woman (MING ZHAO). In an ancient monastery, he meets a happy old monk (TOGO IGAWA) who finds Hector’s dilemma hysterically funny. In Africa, Hector visits a self-less old friend (BARRY ATSMA), encounters a drug-lord (JEAN RENO) and is taken prisoner by rebels. In Los Angeles, he reconnects with his first love (TONI COLLETTE), and consults the celebrated guru of happiness (CHRISTOPHER PLUMMER). But the closer he gets to all of these people, the further he drifts from Clara.

The farther he travels, the more Hector realizes that happiness is not a destination, it’s a starting point. Has he been headed in the wrong direction? Does happiness exist? And, more importantly, does happiness exist for Hector?

Thanks to our friends at eOne Films, Cinemablographer has tickets to give away for sneak peeks of Hector and the Search for Happiness in Calgary, Halifax, Toronto, Vancouver, and Winnipeg. (Contestants may also win Hector pens and notebooks!) All you have to do to enter is answer the following question:

Hector and the Search for Happiness recently had its North American Premiere at which of the following film festivals?
a) Telluride
b) TIFF
c) Cellar Door Film Festival
d) Fantasia

Send your answer to contests@cinemablographer.com with the subject “Happiness.”
(Limit one email entry per person please. Multiple entries will be discarded.)

Hector and the Search for Happiness opens in theatres Sept. 26 from eOne Films.