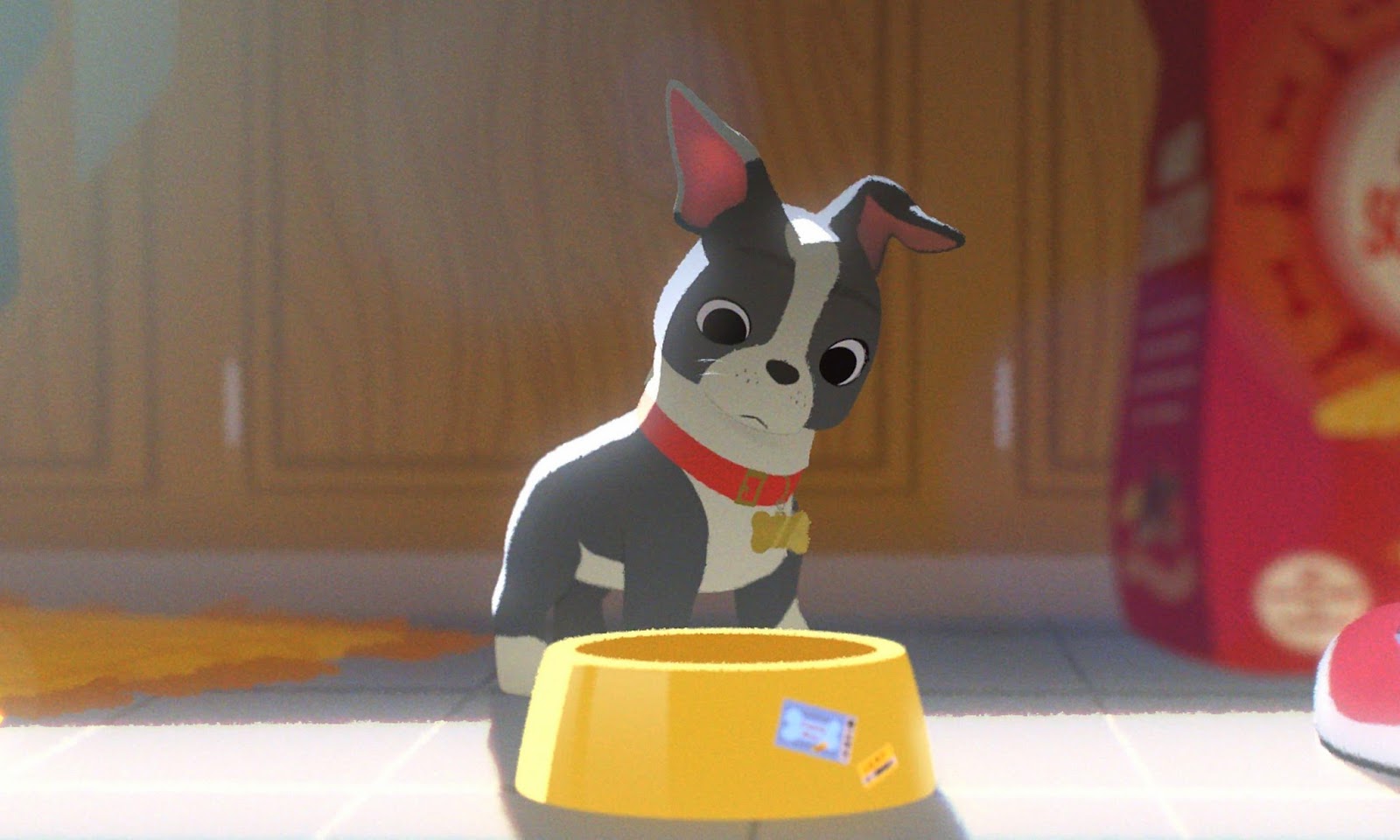 Leave it to Disney Animation to be the top dog of the 2014 Ottawa International Animation Festival. This year’s OIAF features a spotlight on the Mickey Mouse studio, and the sneak peek and behind-the-scenes talk of Disney’s latest short, Feast, arguably marks the highlight of the festival. Feast is easily one of the best shorts that Disney has ever produced.


This short from director Patrick Osborne, one of the animators on Disney’s Oscar winner Paperman, introduces audiences to the most loveable puppy that animation fans have ever seen. His name is Winston and he loves to eat, especially the comforting junk food his owner plops before him as they bond over pizza, nachos, spaghetti and meatballs, and more. However, when a third party—and a leaf-eating health nut—moves in, the dinner dynamics drastically change for Winston and food just isn’t as fun as it used to be.

Feast comes from Osborne’s idea of shooting his daily dinner in a one-second Vine montage that captures the communal joy of sharing a mealtime. Feast heaps plate upon plate of mouth-watering goodness into the centre of the frame as Winston’s happy appetite becomes a metaphor for the pleasure of sharing a meal with a loved one, as the tone of the film changes even when the comfort food stays the same. It’s the company, not the food itself, that gives meals their flavour. Feast features an unexpected arc as it takes viewers through a lifetime of highs and lows for the pooch and his master told primarily through the grub they share.

Feast marks one of Disney’s most significant shorts because of the wondrous animation with which Osborne tells the tale. The film features cutting-edge 3D animation, yet the characters resemble something closer to classical 2D animation, for they have the depth and dimensions afforded to characters by contemporary technology. Winston is an endearing pooch that moves with the lifelike briskness, energy, and spunk of a real dog, but he has the affectionate flair of originality that comes when an animator offers a unique creation instead of trying to emulate the real. The result is a dog who looks and feels more real than a conventional motion-capture simulation. (And Winston is definitely a ‘who’ rather than a ‘that.’)

The success comes primarily through the emotional authenticity that Osborne and his team of cunning animators inject into the dog. Thanks to the sparkles in Winston’s eyes, the expressiveness of his saggy jowls, and the scampering of his paws through the little dust particles that float throughout the frame, Feast adds human-like traits to a character without fully anthropomorphizing him into a full-fledged talking dog. He’s the latest breed of the spaghetti-slurping doggies from Lady and the Tramp.

The film also has an impeccable attention to detail that makes it feel especially cinematic. The light textures look better than ever for an animated film as Feast features warm glows and swathes of sunlight that make the mealtimes extra appetizing. A lovely, subtle score by Alex Ebert (All is Lost) also accentuates the emotions at just the right moments, but Feast smartly lets the endlessly adorable face of Winston the dog work as its best special effect. Feast screened twice during its presentation at OIAF and my only complaint is that it didn’t play a third time.