OIAF Review: 'Until Sbornia Do Us Part'

Until Sbornia Do Us Part (Até que Sbornia nos separe) 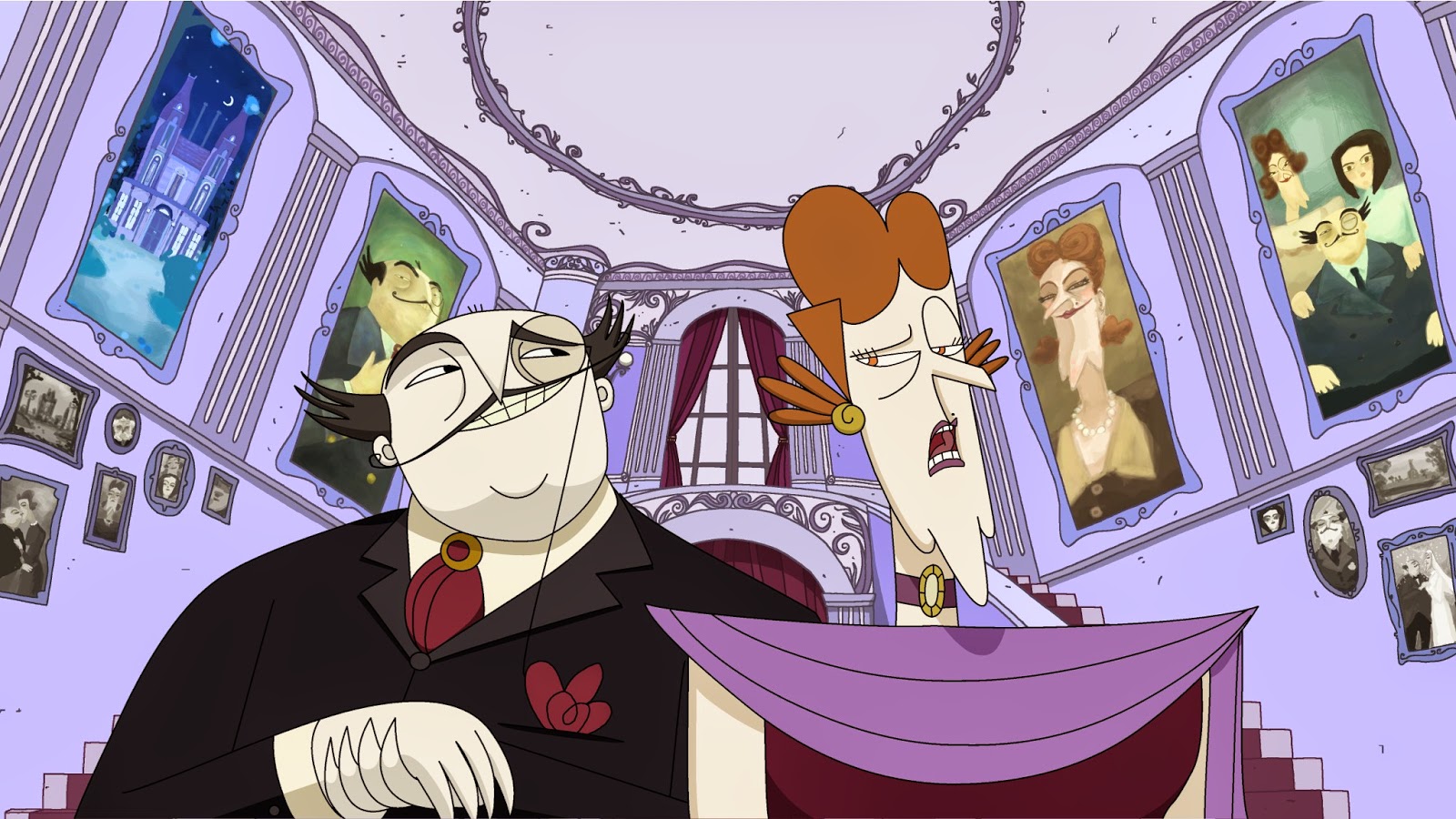 The Ottawa International Animation Festival offers back-to-back Brazilian hits with the feature presentation of Until Sbornia Do Us Part after last year’s impressive screening of The Boy and the World. Sbornia marks a much different style and tone than Boy offers, and the contrast in films is very exciting. If Boy features a palette of happy innocence, then Sbornia is the rambunctious party that comes after the fall. This wild and vibrant odyssey is unlike anything I’ve seen before. Watch Sbornia with befuddled amusement, for it’s a wild ride even if one never quite grasps what one is watching.


The film whisks viewers to a land of Brazilian topsy-turvydom as it presents a Pompeii-ish fictional island called Sbornia situated off the coast the mainland, which is known simply as “The Big City.” Sbornia is a land isolated by a wall and locked in a timeless atmosphere. Sbornians play soccer with axes and they perform all sorts of kooky rituals in their quasi-medieval garb until the wall comes crashing down and entrepreneurs from the mainland venture offshore and discover Sbornia’s secret weapon: Bizuwin.

Sbornia intoxicates like Bizuwin itself. The mysterious green liquor throws drinkers off kilter, especially those new to the island, and it gets visitors drunk on Sbornia’s bitter euphoria. The herb makes for a smelly and potent cocktail if brewed just right, so the forces of capitalism exploit the land and its traditions. Throw in a love story, some nice metaphors about a game of marbles, a dirty old man, and some musical numbers, and Until Sbornia Do Us Part has something resembling a synopsis. It’s crazy, but in the good way.

The eccentricity of the film is half its charm as the bright and madcap affair is so strange it plays like an animated Macunaíma in terms of the Brazilian strangeness department. (The film’s love interest—and hack piano player—Cocliquot  (Fernanda Takai) even reads the book on her bed!) It’s zany, wild, energetic, and consistently amusing film. The overall strangeness and vibrancy of the production furthers the allegorical nature of the tale, for Sbornia, Bizuwin, and “The Big City” come together for a solid metaphor about class and social structure. The classical 2D animation feels timeless as the film conveys a lesson about the different social structures that exist within one presumably unified nation, and how currents of economic dependency and “progress” let some pockets of society shape the lives of others. It’s all a game or a gluttonous feeding frenzy to some.

Directors Otto Guerra & Ennio Torresan, Jr. create a stylish adventure-comedy-romance-musical farce with their fantastical originality. Until Sbornia Do Us Part is escapism at its best as it transports audiences to a world that exists solely in a fictional space and entrances them in a bewildering game of make believe. Embrace the chaos.