This is Why I Love Jane Fonda

This is Where I Leave You 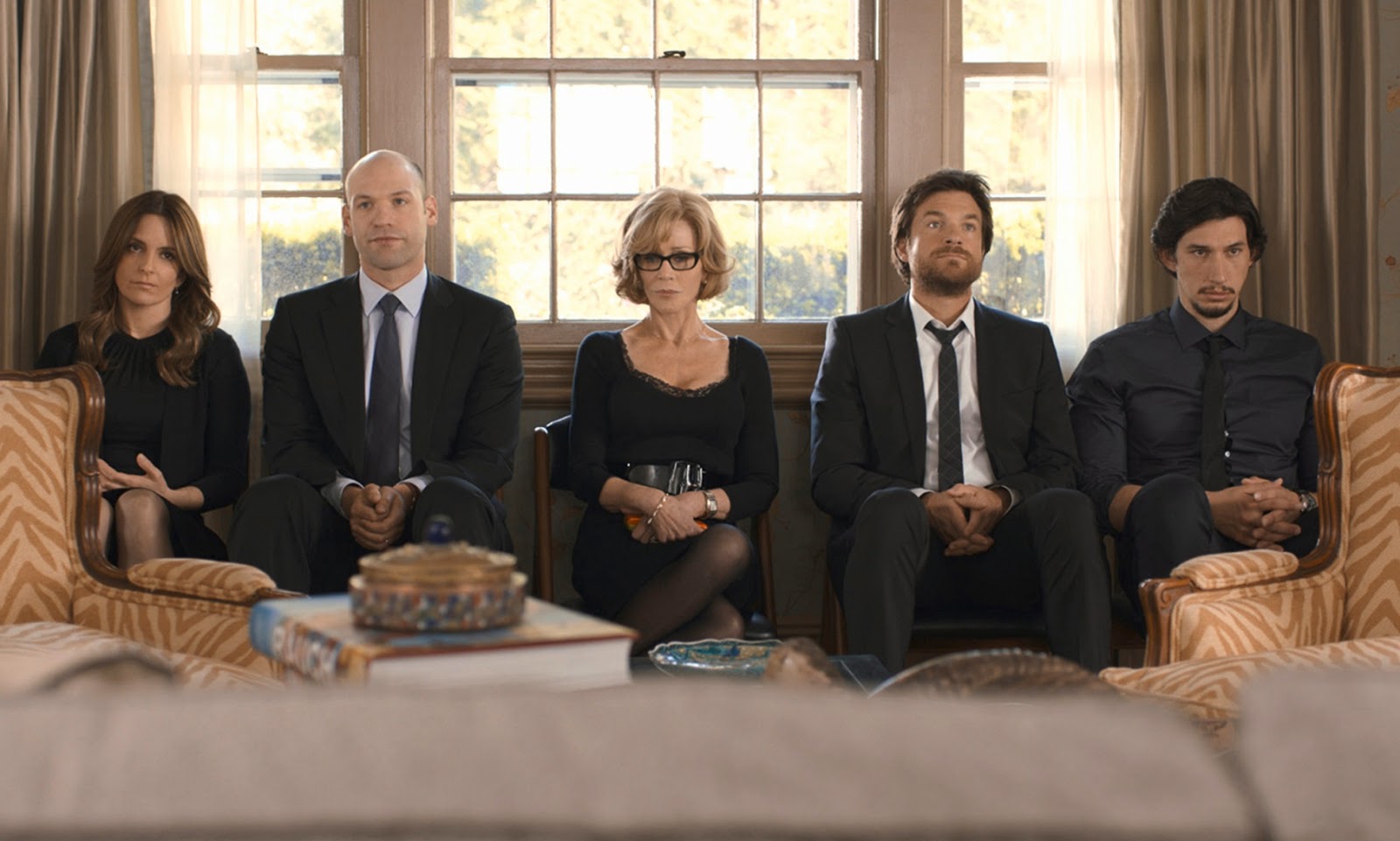 
Jonathan Tropper’s take on his own book This is Where I Leave You certainly comes off amicably onscreen, but the film simply lacks the sharpness and edge of the novel. Belly laughs and raucous humour become bemused sniffs and mild amusement. This is Where I Leave You is by no means a bad film, although if the zany family dysfunction of the book reads like August: Osage County meets Silver Linings Playbook, then the sit-commy sheen of the film plays like The Big Chill meets “Friends.” It’s a fun way to spend an hour and forty-four minutes, though, thanks to some safe laughs and a terrific cast.

This is Where I Leave You features a roster of top stars with Jason Bateman headlining the wacky Altman family as the down-on-his-luck middle child Judd, who catches his wife (Abigail Spencer) cheating on him with his douchey boss (Dax Shepard), which leaves him separated, unemployed, homeless, and dejected. Coming home to Jane Fonda is a grand affair, since Fonda sports some hilarious bionic breasts and easily outperforms everyone in else in the film. It’s refreshing to see Fonda give such a feisty performance, as the liberal spirit of her swinging matriarch (who used her kids’ lives as fodder for a best-selling parenting guide) gives This is Where I Leave You most of its spirit and humour. Warm, funny, and unafraid to poke fun at both her age and her image, Fonda easily steals the film. There’s an opportunity to be had here, and Fonda almost single-handedly lets the film rise to its potential. (This is why I love you, Jane Fonda.)

Other members of the ensemble are fine, especially Tina Fey as Judd’s sarcastic sister Wendy and Rose Byrne as Judd’s likable love interest Penny, but many parts of the ensemble are mostly stock characters that cater to the personas that many of the actors have developed in television comedy. This is Where I Leave You almost gives pauses for a laugh track as the sprightly direction by Shawn Levy (The Internship, Date Night) bounces between potty humour and Awkward Family Photos set-ups, and the high-key lighting and brisk pace make the film impossibly likable. It’s the sunniest and warmest funeral flick audiences might ever see.

Energetic films about love, life, and death are a tricky cocktail to mix, but This is Where I Leave You finds a bubbly balance. The cast is good and the jokes are harmless, so This is Where I Leave You amicably succeeds by taking broad strokes. It’s something anyone can enjoy with the family, especially if one enjoys it as a reminder that this family is not one’s own.

This is Where I Leave You is currently playing in wide release from Warner Bros. Pictures Canada.