Ottawa’s Cellar Door Film Festival is excited to announce the line-up for its inaugural festival, which screens in Ottawa November 7-9, 2014. (Full disclosure: I’m one of the programmers and I’m very pleased to be sharing this news!) All screenings take place at Club SAW and are generously supported by CDFF’s presenting sponsor, The School for Studies in Art and Culture at Carleton University, as well as supporting sponsors the Alumni Association of Carleton University, GNA Heating and Cooling, The Haunted Walk of Ottawa, and Used Ottawa. CDFF presents Ottawans with their first festival of speculative cinema with four feature films and eleven short films across the genres of horror, sci-fi, and fantasy. These films were chosen from a healthy group of submissions that came from twenty-six countries across four continents. Pretty good for a first time festival!


CDFF 2014 opens with the feature presentation of Roseville, which is the first horror/psychological thriller ever from Bulgaria. (And a North American premiere!) Opening night includes a local emerging talent before the Balkan flick, for Roseville will be preceded by the short film Beauty Sleep by Andrew Robinson. Beauty Sleep, which draws inspiration from genre masters like David Lynch and John Carpenter, comes to Cellar Door after premiering at the Toronto Independent Film Festival.

The feature presentations also include the Canadian horror film Dys- from director Maude Michaud. Dys-, which one of my programming colleagues amicably referred to as the “punch in the face” of the programme, is a visceral and distinctly feminist body horror film. It’s not for the faint of heart!

Fantasy fans will enjoy the Sunday screening of The Dragonphoenix Chronicles: Indomitable from Greek director Thanos Kermitsis. Dragonphoenix, like Roseville, highlights emerging talents in the genre scene, for the film is the first Greek epic fantasy. The film has been pleasing audiences around the world and we hope film fans in the 613 are just as enthusiastic.

CDFF finishes with a happy ending thanks to the surreal horror/thriller/western/queer/comedy The Samurai from director Till Kleinert and starring Michel Dierks and Pit Bukowski (Lore, Shifting the Blame). This crazy genre-bender should appeal to fans of the Vanguard fare at TIFF or anyone especially in the mood for something strange and unusual. It’s a lot of fun.

In addition to the features, Cellar Door presents a range of shorts across genres and countries. Highlights include the Tarkovsky inspired Stalker’s Dream, the Canadian psychological thriller We Wanted More, and the animated fairy tale The Cold Heart. CDFF includes two other Ottawa shorts in addition to Beauty Sleep, the philosophical The Phoenix by Carmelo Zucco and the Twilight Zone-y Experiment 467 by up-and-comer Dylan Hunt-Weeks. Experiment 467 effectively uses Ottawa’s Diefenbunker as eerie and atmospheric setting. Both local filmmakers will attend Sunday’s shorts screening for Q&As and Maude Michaud will also be present on Saturday to chat Dys- with local film fans, if CDFFers want to enhance the festival experience with post-screening discussions. My only complaint is that, as a programmer, I can't review these films!

The full line-up for the 2014 Cellar Door Film Festival is as follows: 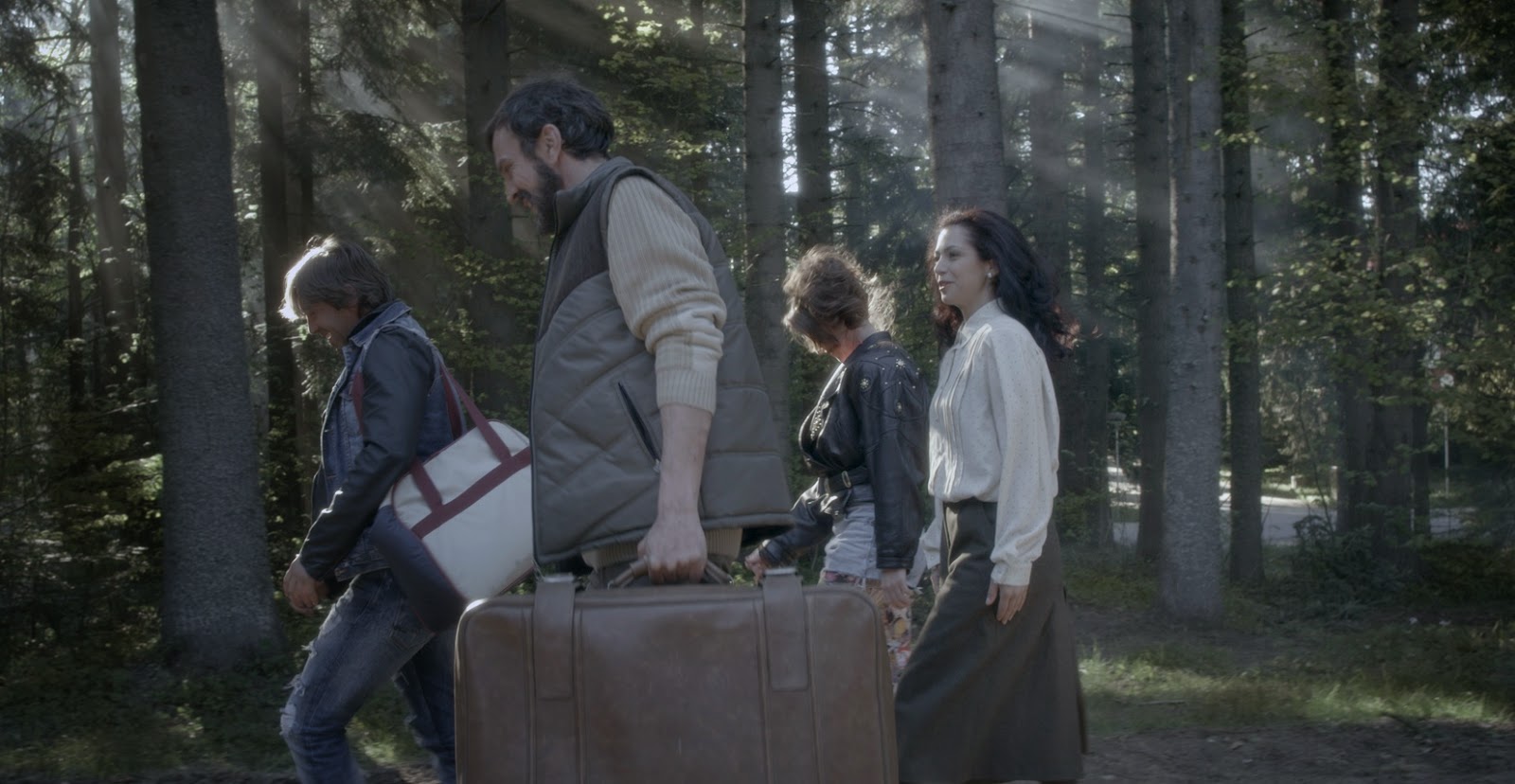 Dir. Martin Makariev, Bulgaria, horror/thriller, 120 min.
Starring: David Chokachi, Elena Petrova, Kalin Vrachanski, Lydia Indjova, Plamen Manassiev.
Synopsis: November 18, 1985. Police found four bodies in an isolated mountain hut Roseville. One of the guests, a young man named Vasil is missing. The case is still labeled "unsolved." The film takes an artistic interpretation based on direct and indirect police information: Vasil came to honeymoon in Roseville with his wife. Soon afterwards he feels a strange presence in his nightmares and becomes paranoid, but is also very attracted to the place and refuses to leave. He realizes that he was predestined to come in Roseville. When the others realize that Vasil has changed, it's too late to leave. 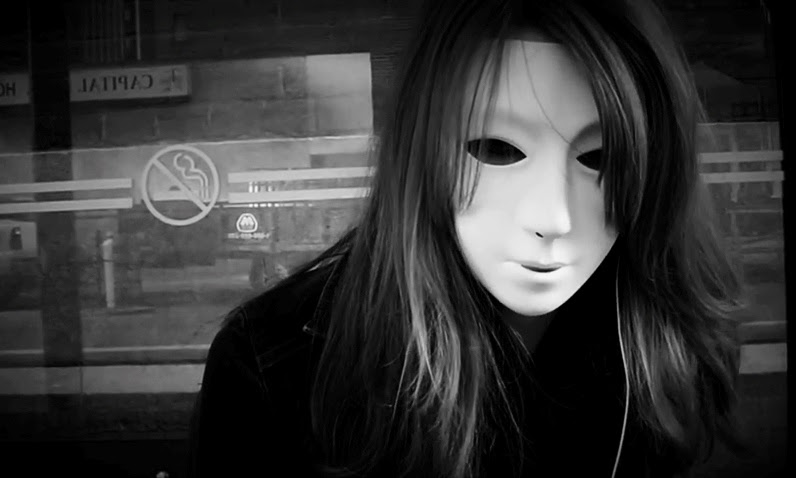 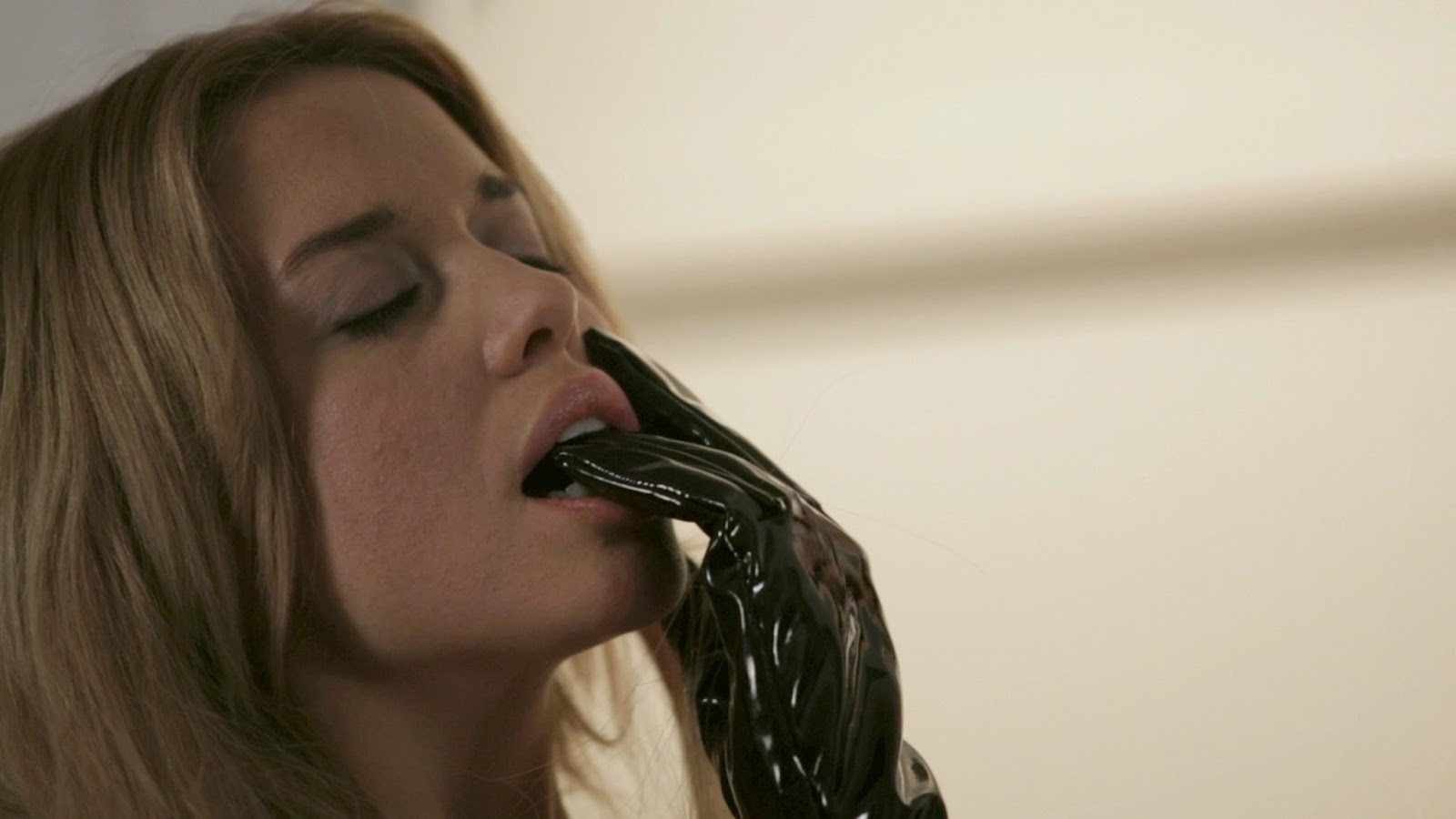 Dir. Maude Michaud, Canada, horror, 99 min.
Starring: Shannon Lark, Alex Goldrich, Dega Lazare, and Lynn Lowry
-Synopsis: A strange disease is plaguing the city. Hoping to escape contamination, Eva and Sam, an estranged married couple, are forced to barricade themselves in their apartment despite the palpable tension between them. Now forced into isolation in their small living space, they struggle with their own frailty in a world that can only offer the worst horrors imaginable.
-Winner: Audience Award for Best Canadian Feature, 2014 Fantasia Film Festival!
-Director in attendance! 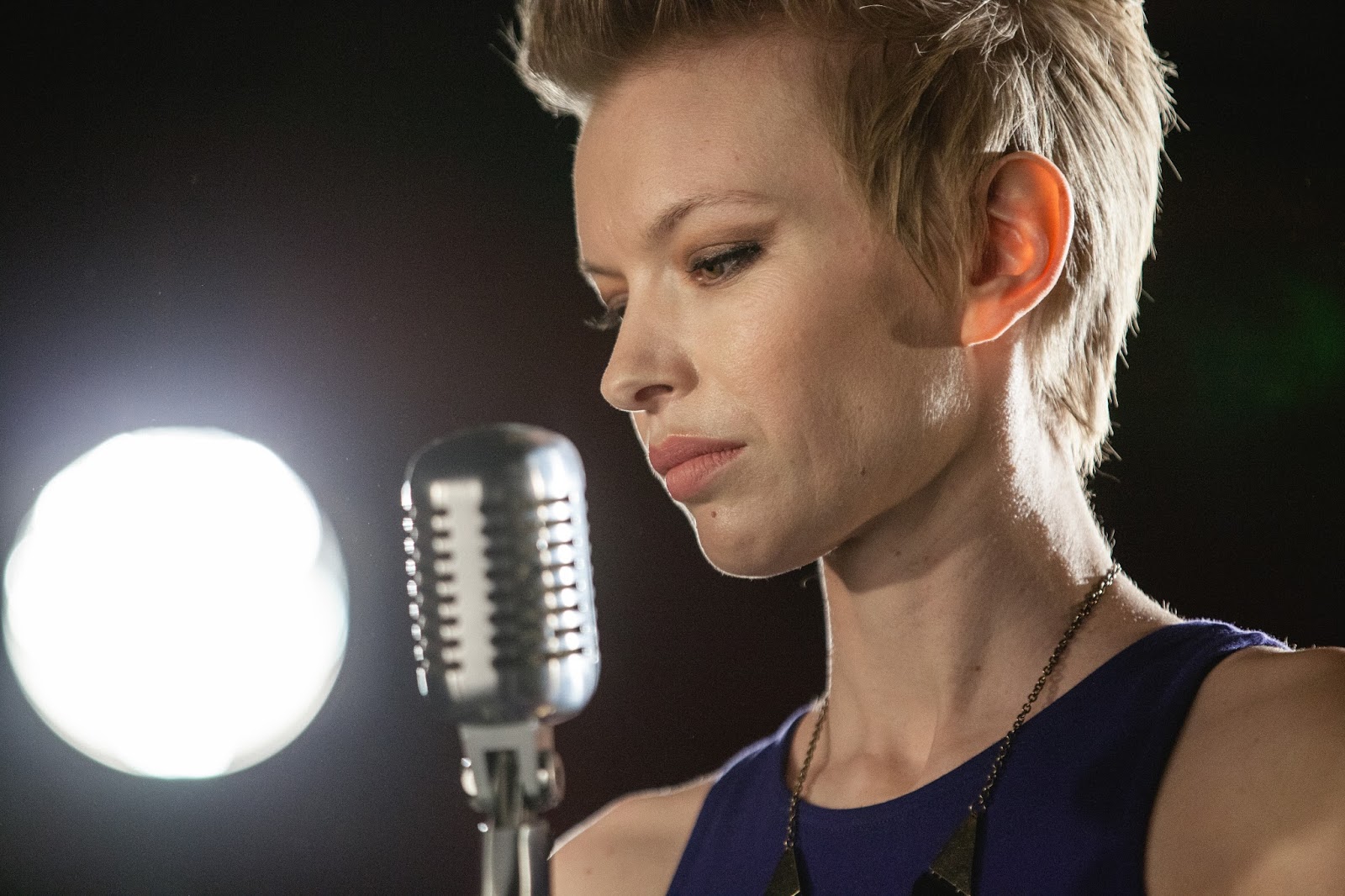 Dir.Thanos Kermitsis, Greece, fantasy, 126 min.
Starring: Yannis Roumboulias, Constantina Georganta, Meletis Georgiadis, Kiriakos Korogiannis
Synopsis: Ιn an Age of Darkness, the mighty Dragonphoenix Empire rules the World of Elebros with an iron fist. Dragar, a mighty warrior from the North, is a slave, taking part in brutal pit fights for the pleasure of the Empire's noblemen. His body is there, but his mind is back at his homeland and the wife he left behind. Dragar manages to escape captivity and takes hostage the daughter of a General, the spoiled Valeria. The General sets up a manhunt to bring back his daughter. The way back home will be filled with dangers and difficulties for Dragar and the spoiled Valeria. Dragar will have to face the past, the present and the dark future which lies ahead but he shall be… Indomitable. 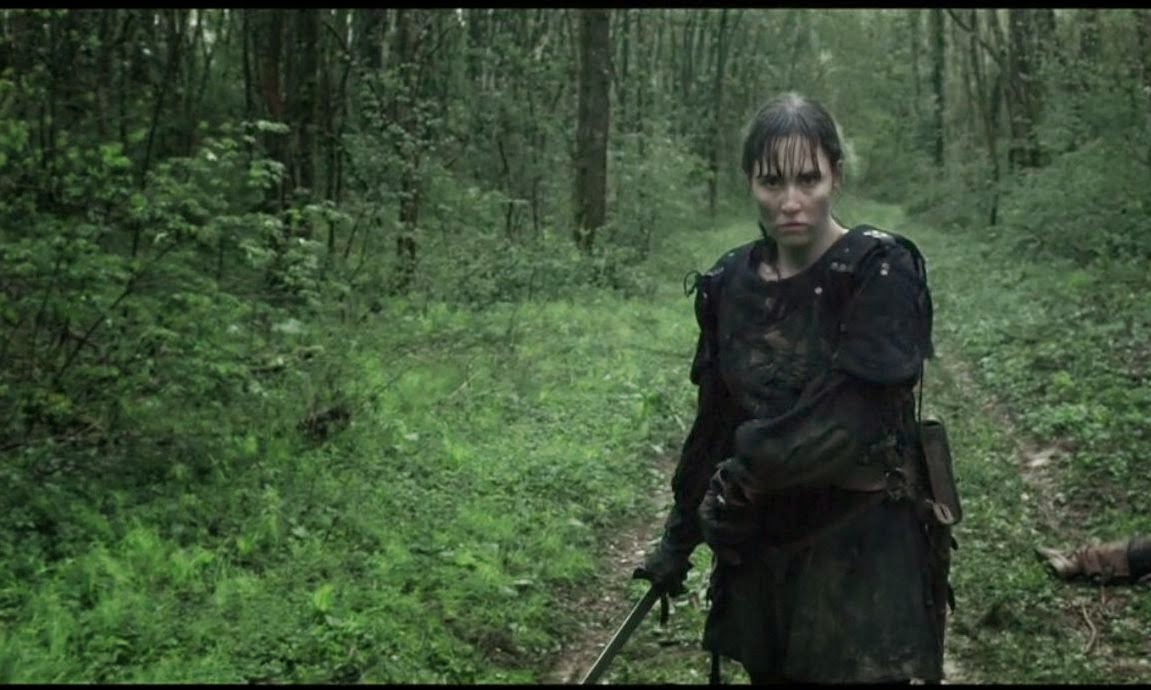 The Dragonphoenix Chronicles: Indomitable screens with:

Dir. Guy-Roger Duvert
USA/France, fantasy, 14 min.
Starring: Noémie Goetsch, Eric Kailey, Alex Freeman
Synopsis: Two thieves infiltrate a besieged medieval city to get an artefact. They thought they had nothing to lose. They were wrong...

“From the Basement of the World: Speculative Shorts” 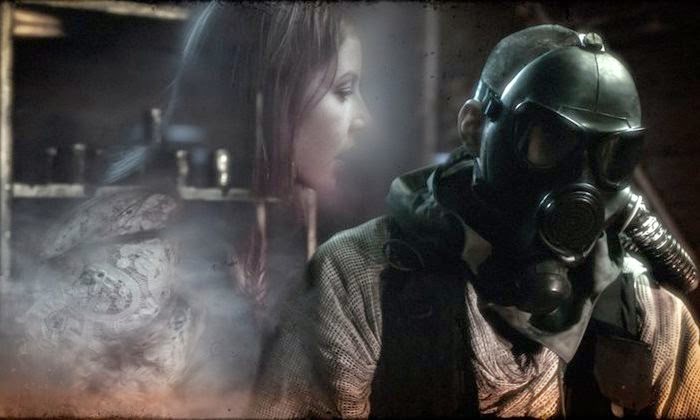 Dir. Sébastien Corne, David Trujilo
France; sci-fi; 4 min.
Starring: Gwennaël Hertling, Mathilde Bourbin
Synopsis: In a world which lies in ruins, one man is trying to survive. Both physically and mentally imprisoned, he is haunted by the memories of a missing woman. Hope and despair entwine in a mystical and dark perspective, which reflects the confusion of the character. This is an experimental mix of music video and a short film, and is a tribute to filmmaker Andreï Tarkovski and quotes the poem of his film Stalker. 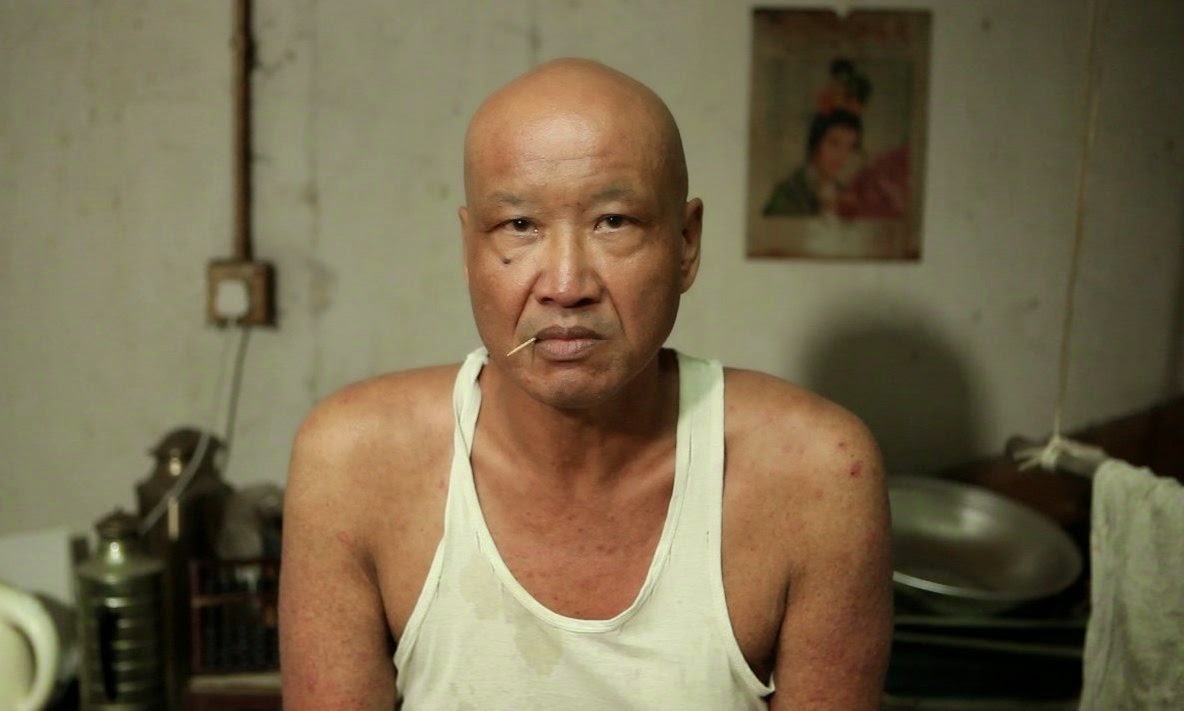 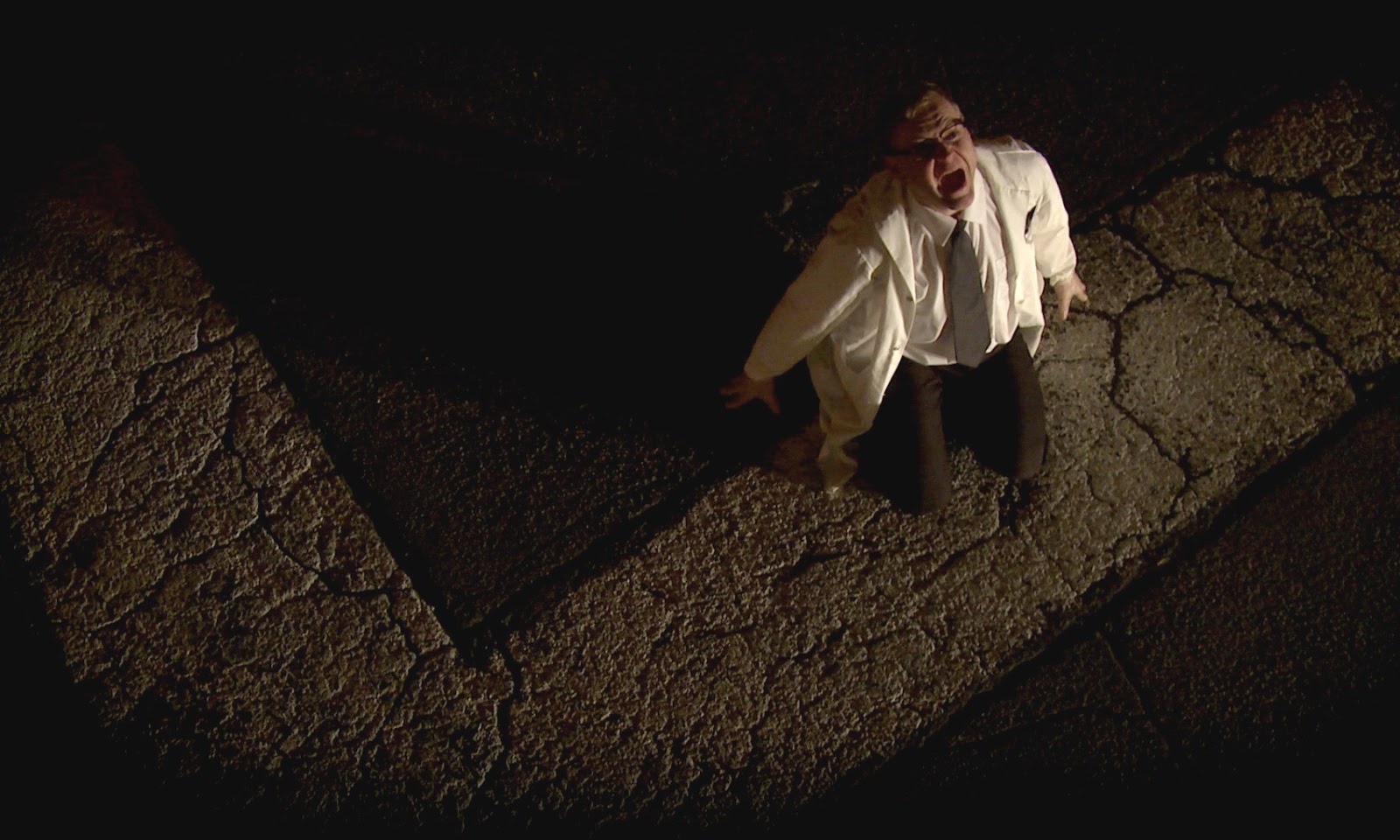 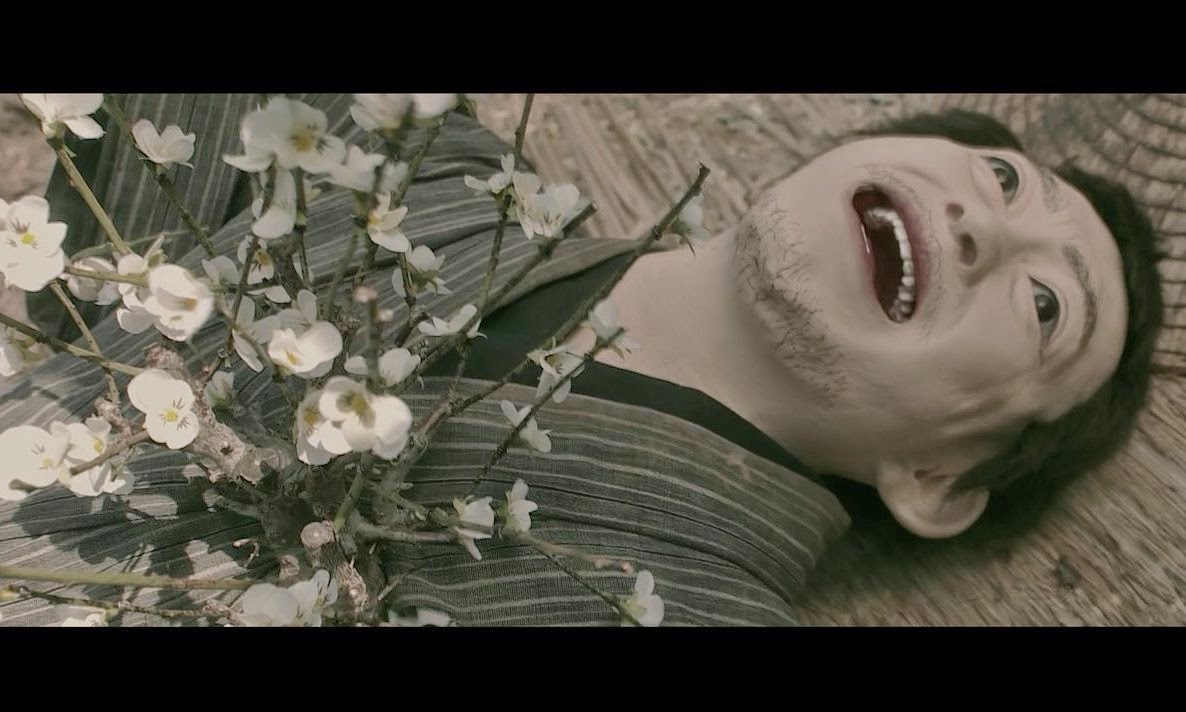 Dir.Yuki Nishikata
Japan, fantasy, 15 min.
Synopsis: One night, the doll’s maker Sosuke witnesses a mysterious girl’s rampage through the display and he becomes fascinated by her. From that moment, he incomprehensibly begins to hear the voice of the bizarre doll, which has a tree growing from its chest. 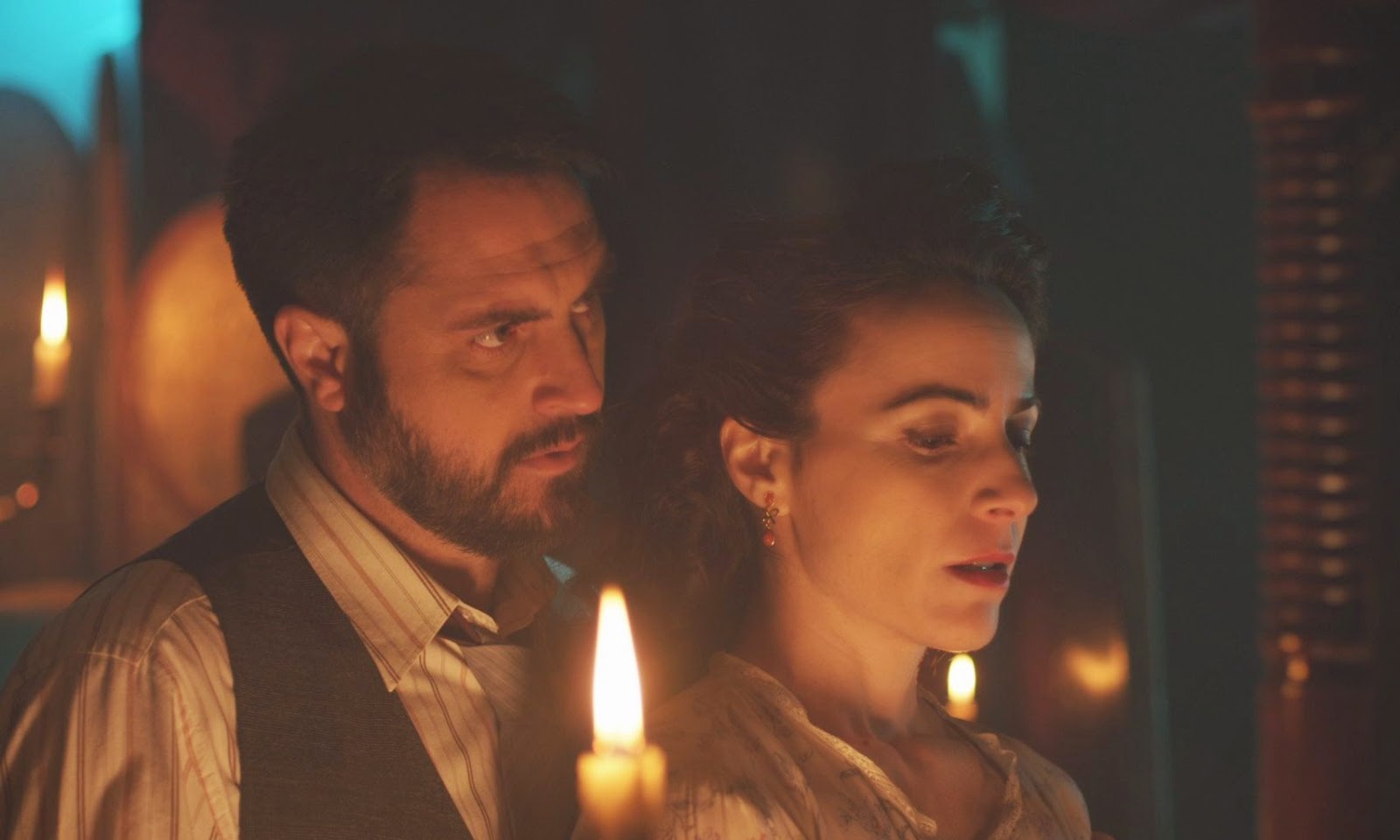 To the Other Side

Dir. Alicia Albares Martínez
Spain, fantasy, 19 min.
Starring: William Miller, Ramón Barea, Carlos Álvarez-Nóvoa, Xenia Sevillano, Eric Francés
Synopsis: Sara Sanabria, writer, and her lover, Adolfo Santolaya, lived their lives absorbed by just one obsession: the belief that, hidden in an abandoned mansion, there was a gate that ended in an unknown dimension. Seeking the path of his retired teacher, Enrique will reach the place where the track of the couple got lost. 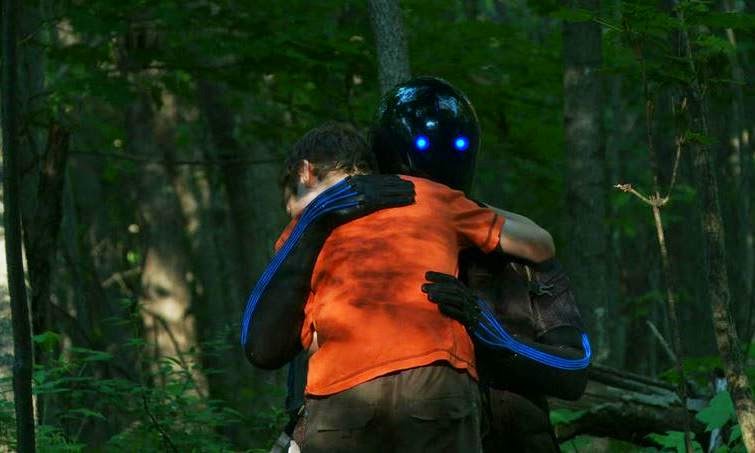 Dir. Hannes Rall
Germany, animated, 29 min.
Starring: Karl-Michael Vogler and Philipp Moog
Synopsis: A cautionary tale about greed-adapted from a classic German fairy tale: The Black Forest. The film tells the story of a young man who trades his warm heart for a cold stone in order to become rich. 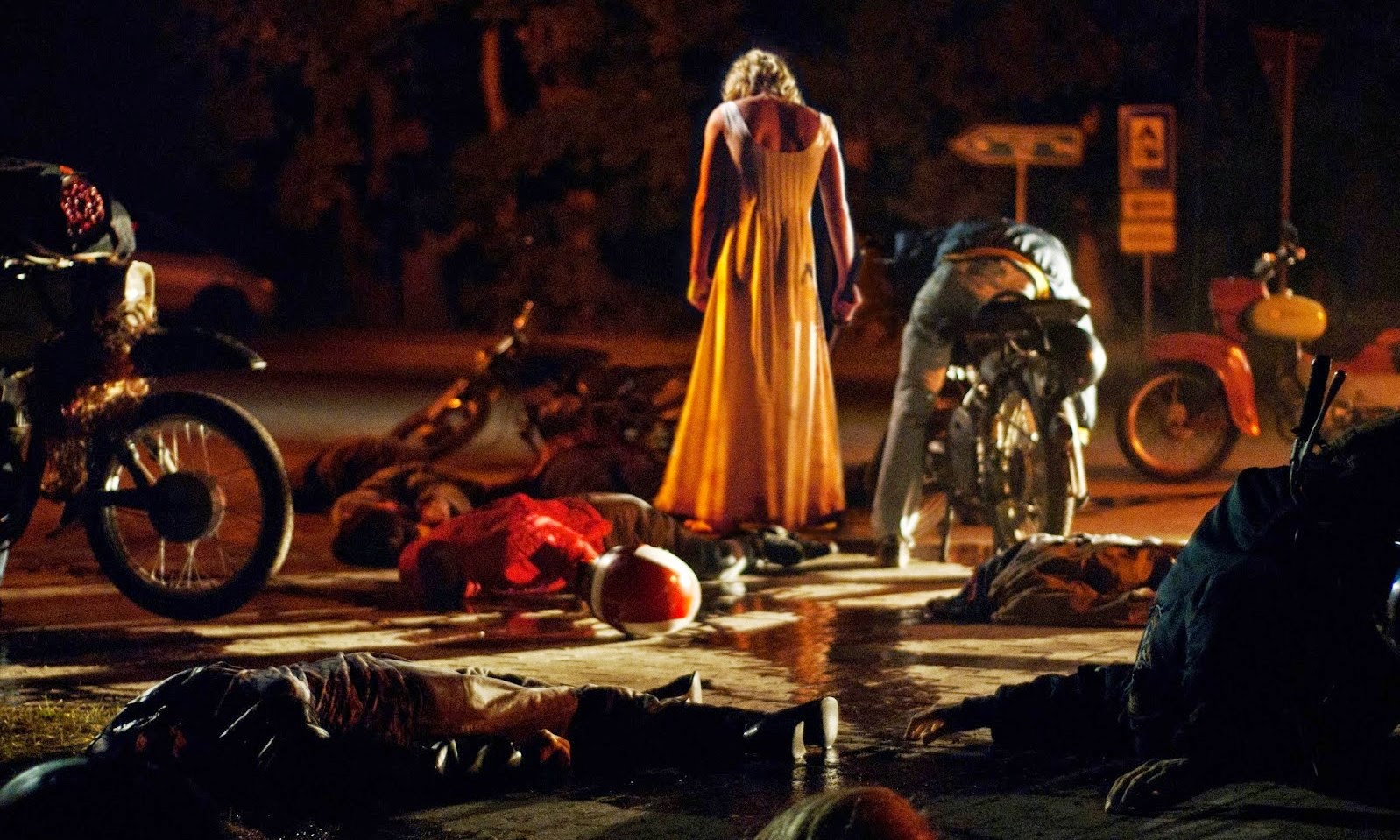 Dir. Till Kleinert, Germany, thriller/queer, 77 min.
Starring: Michel Dierks, Pit Bukowski.
Synopsis: A wolf strives through the woods around an isolated German village. Jakob the young local police officer is onto him, but scents something more in the darkness. What he finds is a man, it seems, wild eyed, of wiry build, in a dress. He carries a katana, a Samurai sword. When the Samurai invites Jakob to follow him on his crusade towards the village, it becomes Jakob's mission to pursue the lunatic to end this wanton destruction. At the end of the night Jakob has experienced too much, is too far from whom he once was. Something hidden has been unleashed to meet the first rays of daylight. 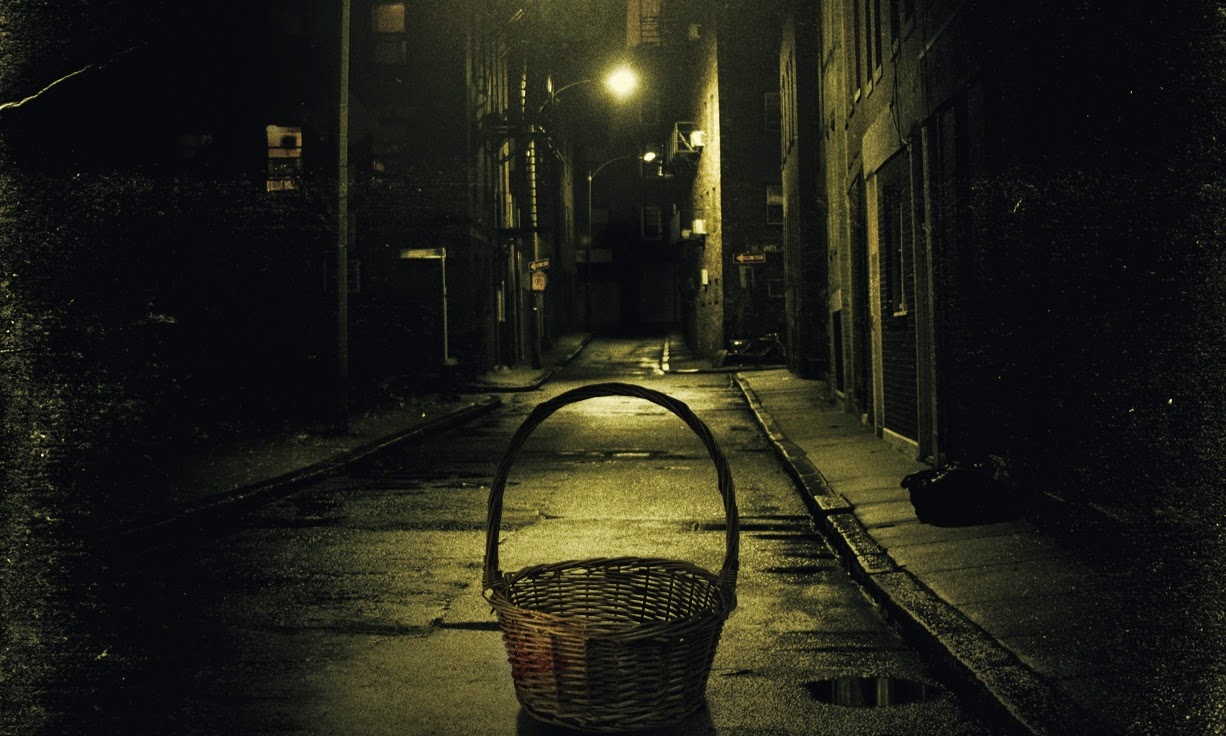 Directed by Samuel Kiehoon Lee
Canada, horror/comedy, 13 min.
Starring: Kimberly-Sue Murray, Matthew G. Brown, Amber Goldfarb
Synopsis: A wicker rattan bicycle basket is possessed by the spirit of a murderous pimp looking to get revenge on the hooker who killed him. During its journey, the basket attempts to kill those who get in its way including a bike thief, an office worker, and a baby!

Please visit www.cdff.ca for full information on this year’s festival.
Doors open half an hour before the posted screening times.
The 2014 Cellar Door Film Festival runs Nov. 7-9 at Club SAW in Arts Court at 67 Nicholas St.