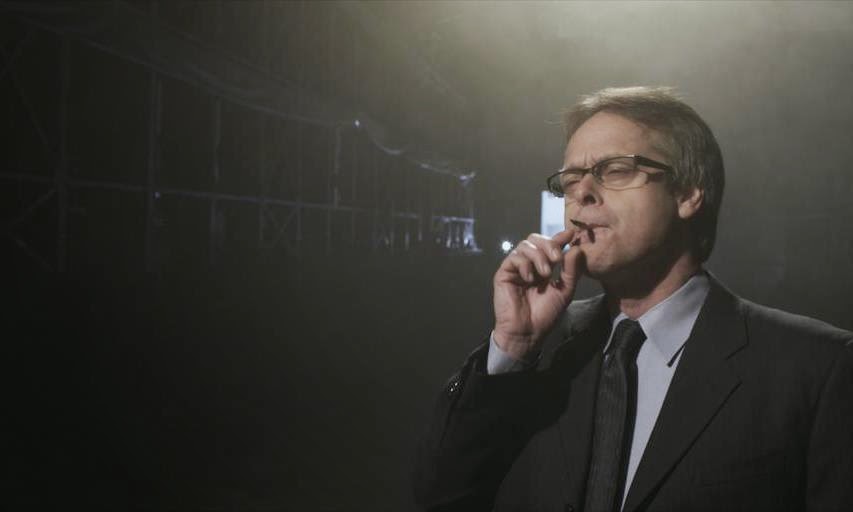 Civil disobedience goes up in smoke in the raucous documentary Citizen Marc as famed and/or notorious marijuana activist Marc Emery positions himself as the Gandhi of ganja. Yes, that statement sounds like hyperbole, or like the words of a guy taking a toke, but Marc irreverently positions his cause as something akin to a holy war. Citizen Marc playfully magnifies this large-than-life character and posits his grandiose narcissism as one of his superhuman strengths. Marc’s delusions might also be his kryptonite, for director Roger Larry frames the story of Marc’s fight for marijuana rights within his recent legal battle and extradition to the United States for selling pot seeds across the border. This sassy doc asks if such a brazen personality is ultimately a help or a hindrance for cultivating social change.

Marc, despite a pro-capitalist zeal, is a grassroots campaigner. (Of sorts.) He crusades for grass avidly, selling seeds and hemp paraphernalia in his Vancouver smoke shack, which also houses an open smoking lounge where anyone could light up. It’s a small step towards greater political ambition, for Citizen Marc chronicles Emery’s tumultuous, almost sitcom-like zany, rise from teenage entrepreneur to proclaimed Prince of Pot.

Larry charts Emery’s ambitious rise in a brisk tempo that amicably takes a cue from Marc’s own madcap way of explaining his story like a cartoon. A key point in his entrepreneurial history is a fateful day at the successful independent bookstore he owned at the age of seventeen: A woman falls and injuries herself severely on the sidewalk outside the store and Marc, self-absorbed ass that he is, fails to notice both the fallen woman and the hubbub of emergency vehicles outside his door. Then, weeks later, he receives a random phone call from the woman: she doesn’t want to sue him; instead, she shares a vision she had during her three-week coma in which she saw great things for Marc in the symbols of a dollar sign, a brain, and some irregular leaf she couldn’t place. The Prince of Pot, Citizen Marc suggests, was born under a prophecy.

Citizen Marc humorously takes the woman’s divination and structures the story in three chapters corresponding to the symbols of her vision. (Whether these images were induced by anything rolled up in Marc’s future remains unsaid.) The part about the almighty dollar focuses on Marc’s rise as an upstart capitalist as he takes inspiration from Ayn Rand and works small acts of civil disobedience into his larger business plan. Scenes of the bookstore staying open on Sundays, which was not permitted back in the day, show the intrepid Marc forging his own kind of DIY business-savvy with defiant politics.

The entertaining episodes of Marc’s juvenile stage give way to his larger and greater fight, which moves to Vancouver after he goes bankrupt in Indonesia. It’s on the streets of the west coast that Marc simply capitalizes on an untapped market—pot—to get himself back on his feet. The business has no inherent political motivation, for Marc simply sees that there’s business to be had so long as he pays his taxes and operates in a city where cops look the other way.

It’s in the segment of Citizen Marc that one wonders how far is too far when it comes to testing the law. Talking heads, including high-profile commentators like Noam Chomsky, intuitively place Marc within greater contexts of civil disobedience, media personas, and personal/political struggles. The film takes Marc’s story further by looking at the Canadian government’s own steps to decriminalize marijuana, which says all the testiness of the legal character of pot when then-Prime Minister Jean Chrétien, pausing amid an equal chorus of cheers and jeers that interrupt his speech, advises “don’t start lighting up yet.” It’s a good thing Canadians didn’t go green because Stephen Harper soon came along and spat on the party.

There’s a greater and more urgent story to be had in the latter act of Citizen Marc that discusses Marc’s bizarre extradition to the United States when he himself isn’t committing any Canadian crimes by operating a business that breaks laws that are only really moral ones held by an unknown percentage of Canadians. (Full disclosure: I’m not a smoker.) However, Marc’s legal fight raises significant implications about Canada/US sovereignty. A quick look at the press release issued by the DEA suggests that America’s pursuit of Marc is largely motivated by politics, for the release neglects to mention what crime Marc actually committed (selling seeds across the border) and the film reveals the DEA’s focus on the political connotations of Marc’s character and business that drive the case. His arrest warrant even includes the moniker “The Prince of Pot.”

The case gets even stranger when Marc, in his typical dramatic flair, explains that he agreed to the US prosecutor’s deal and accepted jail time so that his business partners wouldn’t have to face prison. Everything was sorted and Marc and Uncle Sam were all but ready to make amends and pass the dutchie, but then, as Marc explains, the Canadian government killed the deal. Why make an example out of one’s own citizen when he and the foreign government are ready for resolution?

Larry likens Marc to a hero fighting dark forces to protect a civil society by including fun animated interludes that see this buffed-up WeedMan battle the lawmakers in colourful cartoons of reefer madness. Pot leaves sparkle on the black background, making Marc’s superhero utopia a psychedelic adventure. Citizen Marc doesn’t tackle this angle of Marc’s saga as deeply as it could have—there’s a feature film to be had about the extradition charge alone—but it invites a necessary conversation, which is ultimately the point of presenting such a hot topic on the big screen. The same goes for much else in Citizen Marc, for the film acknowledges many of the pros/cons of the marijuana debate, but doesn’t really interrogate them.

Instead, the film favours—and largely succeeds in doing so—by creating a portrait of Marc as an impertinent hero. He’s bound to polarize audiences—pot smokers and squares alike—with his brash antics and his panache for sensationalism, and some of his references to Martin Luther King, Jr. and Gandhi, as well as likening potheads to the Jews, are insanely tasteless. At least one commentator smartly observes the megalomania of Marc’s self-prescribed likenesses, though, so the film covers all its bases in providing a riotous yet somewhat object portrait of this eccentric icon.

The saga of Marc Emery feels very relevant in an age in which smoking crack is largely condoned by a bizarre pocket of Toronto conservatives, yet smoking marijuana is a cause worthy of an international diplomatic nightmare. Why pot specifically brings such high charges for Marc makes his cause an admirable one as his quest for justice warrants the debate moving to a higher level. The mass of contradictions percolating around the issues of drugs, (il)legality, and Canadian politics are so hazy that Marc seems like the soberest figure of the bunch. Marc’s flippant attitude towards the system encourages Canadians to relax... regardless of the vices they need to do so.

Citizen Marc opens in theatres October 17.
It screens in Ottawa at Landmark Kanata.


What did you think of Citizen Marc?

Is Marc's cause a worthy one?