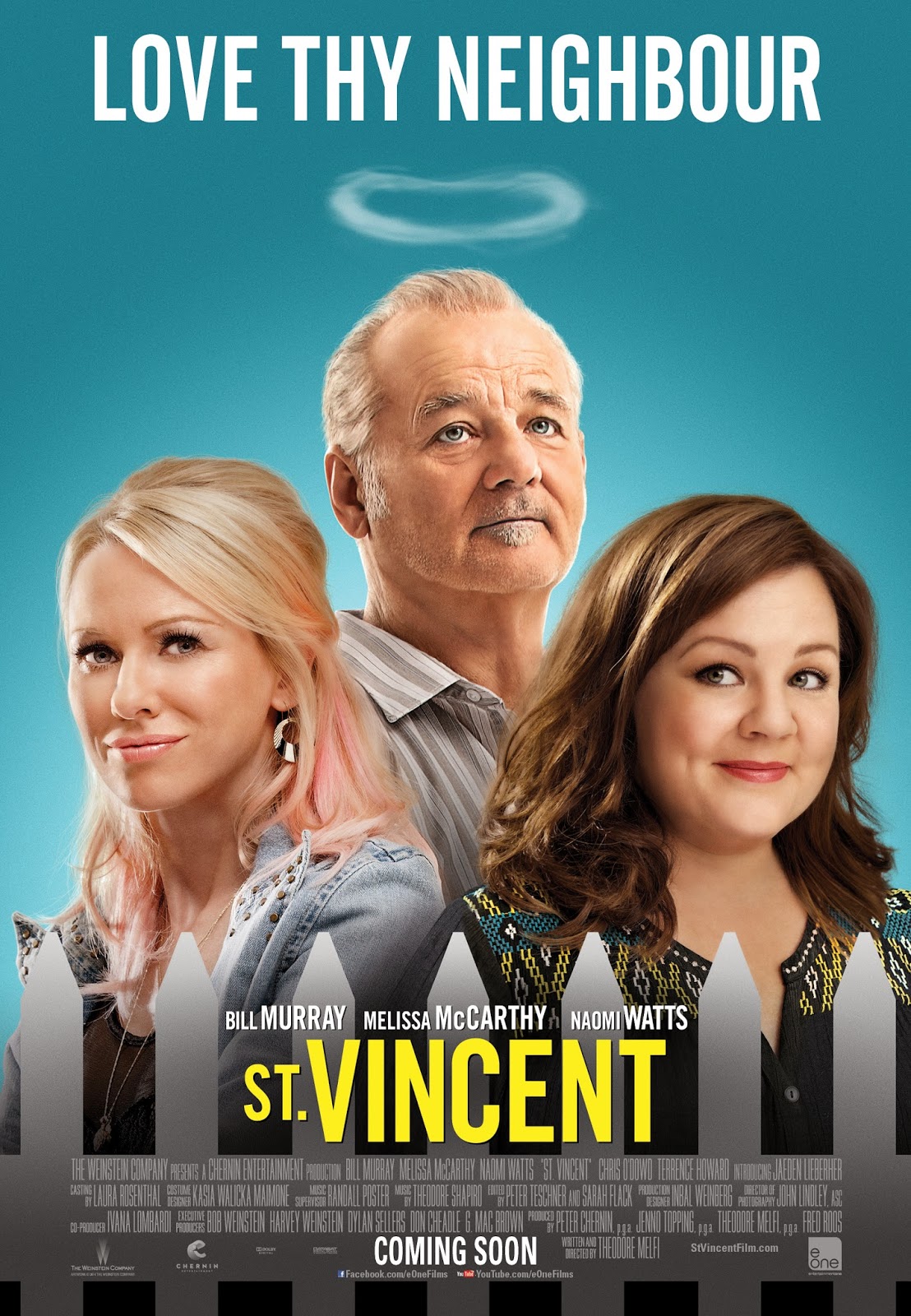 Who are the saints of Hollywood? Bill Murray is a saint. I nominate him. The man hails from comedy heaven and his latest film, St. Vincent, is proof of that. The film keeps earning cries of “halleluiah!” and Oscar buzz galore ever since it had its World Premiere at the Toronto International Film Festival earlier this fall where it won a runner-up prize in the race for the People’s Choice Award. (Heck, Bill Murray is such a saint that the Festival even named a whole day after him!) Audiences can see St. Bill in action when St. Vincent opens in theatres October 24th from eOne Films, but lucky readers can win tickets to sneak peeks of the film across Canada! Answer the trivia below to win!


Synopsis: In St. Vincent, Maggie (Melissa McCarthy), a single mother, moves into a new home in Brooklyn with her 12-year old son, Oliver (Jaeden Lieberher). Forced to work long hours, she has no choice but to leave Oliver in the care of their new neighbor, Vincent (Bill Murray), a retired curmudgeon with a penchant for alcohol and gambling. An odd friendship soon blossoms between the improbable pair. Together with a pregnant stripper named Daka (Naomi Watts), Vincent brings Oliver along on all the stops that make up his daily routine – the race track, a strip club, and the local dive bar. Vincent helps Oliver grow to become a man, while Oliver begins to see in Vincent something that no one else is able to: a misunderstood man with a good heart.

Thanks to our friends at eOne Films, Cinemablographer.com has ten (10) double passes to give away to sneak peeks of St. Vincent in Calgary, Edmonton, Halifax, Ottawa, Vancouver and Winnipeg and five (5) for Victoria. (Exact locations to be announced.) All you have to do to enter is answer the following question:

St. Vincent is earning Oscar buzz for Bill Murray. For what film did Bill Murray earn his first Oscar nomination for Best Actor?

Send your answer to contests@cinemablographer.com with the subject “St. Vincent – [CITY].”
(Limit one email entry per person please. Multiple entries will be discarded.)
***Don’t forget to include your city!***