'Left Behind': Or the Top Ten Signs that Nic Cage is the Rapture 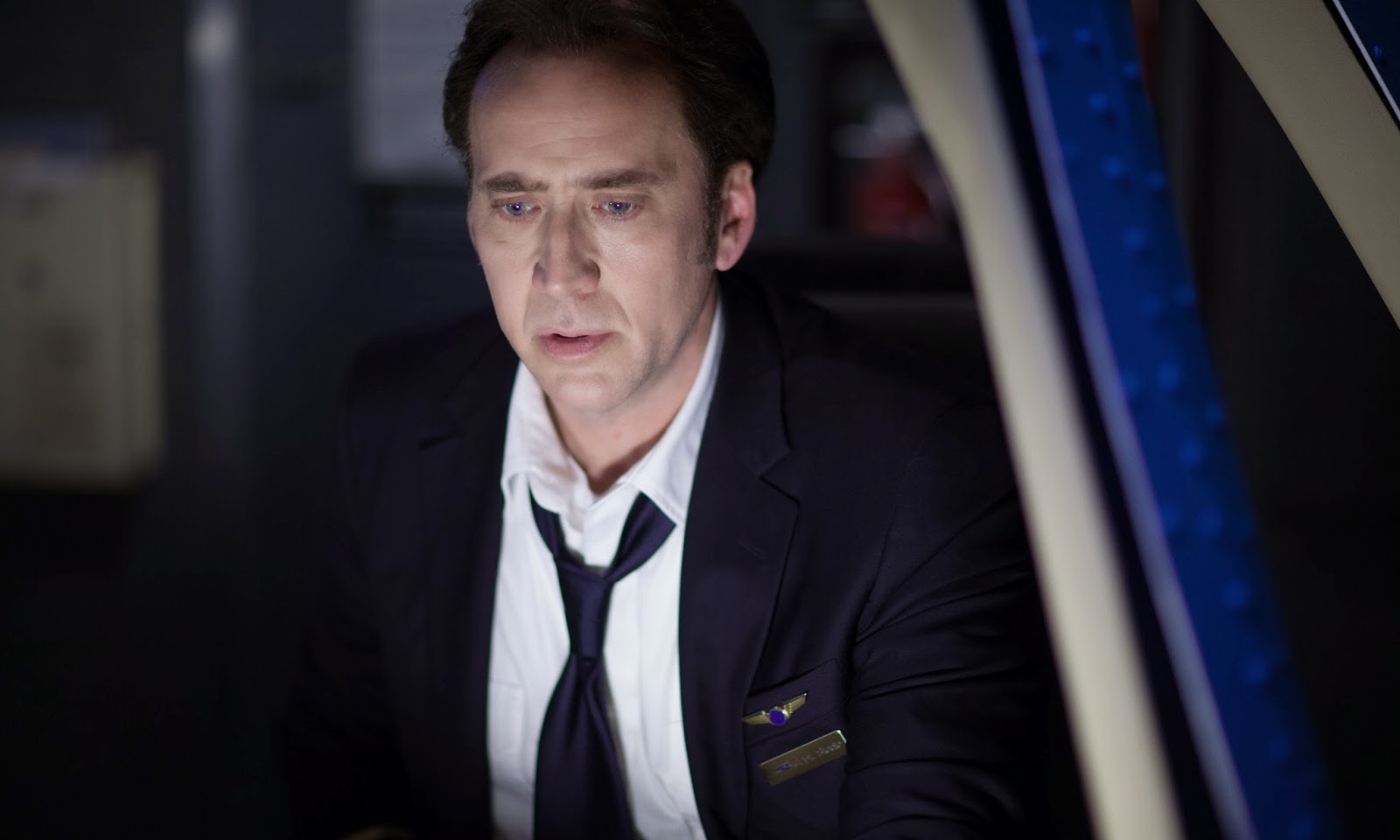 “Either I’m going crazy or the whole world is insane,” says Rayford Steele (Nic Cage) as he commands an airplane against the violent headwinds of the rapture in the spiritually-themed disaster flick Left Behind. It’s a little from Column A and a little from Column B on both sides of the crazy scale, Rayford, since our fascination with Nic Cage craziness is in top flight in Left Behind. Some moviegoers might want to bust out the origami vomit bags they made with the screenplay of Flight (that other weirdly religious airplane disaster) while others upchuck their popcorn in the so-bad-it’s-goodness of Left Behind. Left Behind, however, remains enjoyably ridiculous thanks to the canon of Nic Cage craziness in which viewers inevitably approach it. Left Behind features a much more subdued, wholesome Cage as he navigates the family-friendly flight path of Left Behind, so the question remains up in the air whether Nic Cage is going to save filmgoers from the rapture or whether he himself is the rapture.

Ten Signs that Nic Cage is the rapture:

1. The Place of the Event is Right.

According to http://www.discoverrevelation.com/42.html, i.e. the first site that appears when one Googles “signs of the rapture,” the whole placement of the rapture thing in the narrative of life, death, and whatever else is in between says that “Chapters 4 & 5 present a vision in heaven, and chapter 6 introduces the Tribulation period.” Left Behind presents a vision of heaven (ie: in the clouds with nice CGI sunbeams) and chapter 6 (let’s call this a turning point) introduces an oh-so-ridiculous plot twist that acts as tribulation on several levels. A movie has never been saved by such a silly turn of events. 2. He went from Meryl Streep to Jordan Sparks

Nic Cage shared the screen with God herself in Adaptation., but now “American Idol” alum Jordan Sparks is his co-pilot. How far the sheep has strayed from the Shepherd.

3. He plays an adulterer.

Has the lucky crack pipe worked too much magic? Where’s the wild-eyed, howling at the moon, drinking from skulls Nic Cage? He could only be this stoic if he planned the whole apocalypse thing.

The cheesy jazz score of Left Behind suggests that we are all on the elevator to Hell and Nic Cage is conducting us downwards.

6. Nic Cage was reportedly drawn to the film’s “universal themes”

Which roughly translates to, “He wants all our souls.”

7. Nic Cage is the Second Coming.

Left Behind marks another Nic Cage-driven remake of a cult hit (see also: The Wicker Man, Bad Lieutenant). Three films make a pattern and a pattern makes a conspiracy. Ergo, Nic Cage is the Second Coming of crappy movies. 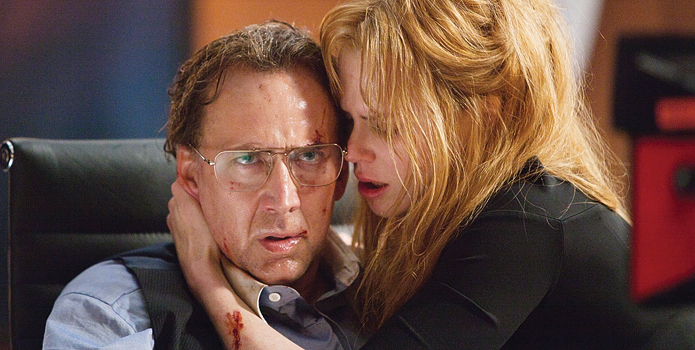 8. “As we forgive those who trespass against us.”

The release of Joe in May makes it seem like Cage is ready to emerge from the afterlife like JC or Matthew McConaughey, so his ability to harness the craziness that is Nic Cage certainly gives him god-like powers. His shape-shifting abilities could also mean that he’s the spawn of Satan. Let’s assume, then, that Nic Cage actually is the rapture and that his craziness is an omen for the end as children drop from the sky in Left Behind and he guides audiences to their next destination.

Left Behind opens in theatres Oct. 3.