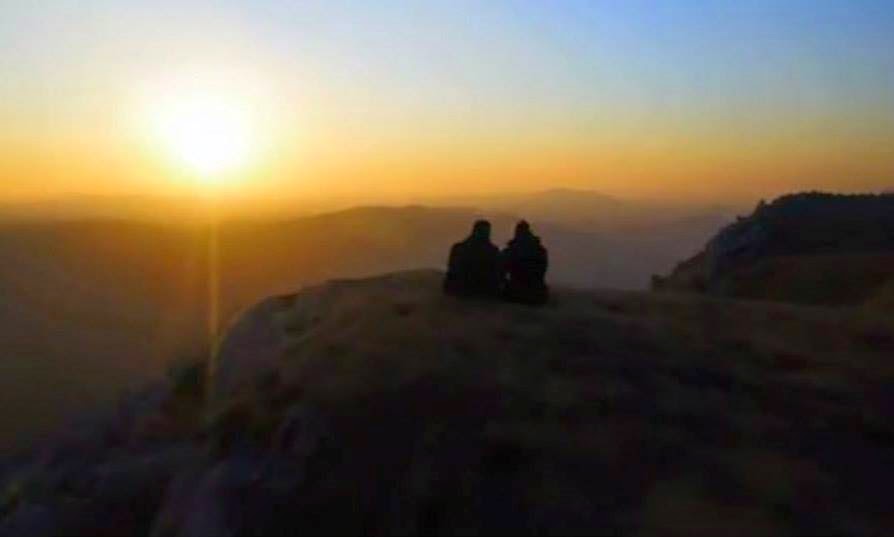 You know a doc’s a dud when it preaches about sex and intimacy and the only take away from the film is the thought, “Whatever happened to Meg Ryan?” The unfortunately absent has-been star of the 1990s appears in a fleeting snippet of one of her romantic comedies with Tom Hanks in the dismal documentary The Lost Key. Time is better spent watching Ryan’s Hanging Up than this one.

Progressively minded moviegoers should especially avoid The Lost Key since its offers an out-dated top-down lesson on intimacy that feels like someone teachers showed in religious studies classes during the 1950s. The film offers director Ricardo Adler’s dutiful tribute to Rabbi Manis Friedman, whom Adler credits for saving his love life and course for happiness by teaching him the Kabbalah’s ancient secrets for achieving intimacy. It’s admittedly admirable to see a filmmaker celebrate the role of faith in the bedroom, but The Lost Key gives far too much reverence to the words of Rabbi Friedman. I mean no disrespect to either Rabbi Friedman or to Mr. Adler, but the ninety-minute lesson feels totally outdated with contemporary attitudes not only towards sex, but also towards gender equality and to the rights and freedoms of people of diverse sexual orientations.

This ultra-conservative documentary teaches audiences that intimacy is best achieved through a role of giving and receiving, which sounds great with the latter three words, but Rabbi Friedman insists that giving is something only a man can do and that receiving is strictly for a woman. His lessons posit the male phallus as the only giver and the uterus as the only possible receiver, and The Lost Key posits vaginal penetration as the only acceptable mode for intimacy. The film entirely upholds heteronormative relationship, for it lets the Rabbi insist the harmony of giving and receiving is something that exists only between a man and a woman.

Furthermore, The Lost Key puts women in a passive role by frequently reiterating that females are categorically incapable of any performing any role in intimate relationships other than being a receptacle. Rabbi Friedman insists that the missionary position is the one and only route for achieving intimacy (since the man does his thing while the woman lays there and takes it receives him). One sequence that sees the Rabbi share this teaching with a couple undergoing marriage counselling actually sees the wife suggest to the Rabbi that she finds diversity in their sex life a great way for partners to explore, sense, learn, and becoming intimate. The Rabbi interrupts her and declines, suggesting that women should not be so active in intimacy. The husband then defends his wife and suggests that the Rabbi has a “narrow” view on intimacy to which the Rabbi smiles and agrees. The lessons of The Lost Key are so out of whack with 2014 that it’s hard to appreciate a word of the film. The Lost Key is honestly one of the most inaccessible documentaries I've ever seen because it leaves no room for interpretation or conversation. The film probably succeeds in preaching to the converted, but there is little opportunity for anyone else to accept its lesson.

Various other snippets and interviews let other interested couples and Adler’s own wife engage with the Rabbi’s teachings, but these scenes both support the sentiment that there is definitely a small audience that will appreciate the lesson of the film and suggest that the Rabbi’s antiquated worldviews explain why fewer people see organized religion as a guiding tool. Other talking heads/sexperts border on self-parody as they speak with flowery gestures and stuffy jargon. Adler and his co-directors also display thoroughly amateurish hands behind the camera, since the film is a crudely-produced classical talking heads doc that can’t even keep that camera steady as the directors let the Rabbi talk at them. There’s no moment that really feels like a conversation. It’s like watching a Christopher Guest movie, only totally unfunny because it isn't fiction.

The Lost Key screened at the Ottawa International Film Festival on Saturday, Oct. 18 at the Mayfair Theatre.