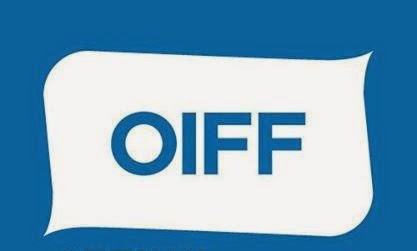 The Ottawa International Film Festival returns this week! Running from Oct. 15-19, Ottawa’s little festival that could makes a big step forward in its fifth year. This year’s OIFF features the largest line-up yet with an impressive six features and 17 shorts from a mix of local, national and international talents. Even more impressive is OIFF’s new residency at Ottawa’s historic Mayfair Theatre, which gives the festival a new home with more seating capacity (and far better popcorn!) than its previous homes at the now-defunct World Exchange Plaza and other venues around the city. OIFF is not without its humble origins, as anyone starting up a project in Ottawa’s arts scene needs to keep in mind, but year five shows that business is a boomin’ for the local film scene!

This year’s festival kicks off with a Gala party on Wednesday, Oct. 15 and then begins with screenings on Thursday, Oct. 16 with the world premiere of the homegrown horror-flick Girlhouse by Trevor Matthews of Jack Brooks: Monster Slayer fame. Girlhouse, described as a “Halloween-style slasher” is a local production and one of several films shot in the 613 to screen at the festival. OIFF also shows smart crime flick Wired, which won DIGI 60 two seasons ago, among others.
The international front of OIFF looks very promising as the fest builds on the two international features of last year, India’s Much Ado About Knotting and the American (but locally shot) thriller Penthouse North. Notable films from around the world include the Brazilian film Chess Game, which brings filmmaker Luis Antonio Pereira to the festival for a Q&A following the film’s screening. This year’s OIFF schedule boasts several interactive opportunities and marks another element that makes the festival a bigger event. The highlight of the festival, or the film I’m most local forward to, is the documentary The Lady in Number 6: Music Saved My Life, which comes to Ottawa after winning the Oscar for Best Documentary, Short Subject at the Academy Awards earlier this year. This acclaimed doc tells the story of late Holocaust survivor Alice Herz Sommer, who shares her lifestory and passion for music with the filmmakers at the tender age of 109. OIFF might still be a young ‘un at five years old, but the festival itself could easily make it to 109 if it keeps growing at its healthy rate.

The films schedule for OIFF ’14 is as follows:

Girlhouse
Dir. Trevor Matthews & Jon Knautz, Canada, 101 min.
A Halloween­-style slasher for the digital age, it follows a beautiful young college student who, needing money for tuition, moves into a house that streams content to an X­rated website. After a deranged fan hacks in to determine the house’s location, she finds herself in a terrifying fight for her life.

The Garage
Dir. Patrick White, Canada, 7  min.
At the end of the work day, a woman returns to the downtown garage where she parked her car only to find that it’s not where she left it. Believing she may have parked it on a different level, she searches the structure in vain for her vehicle before reporting it stolen to the security guard on duty. The guard scrubs through the day footage from the security cameras to see a man get into the woman’s vehicle right before he and the car literally disappear – there one minute, gone the next. The guard calls to the other guard on patrol to check out the spot where the car vanished. What happens next triggers a chain of events that lead to a glitch between life and death.

My Father and the Man in Black
Dir. Jonathan Holiff, Canada, 87 min.
Synopsis: Want to see the true stories behind Walk The Line? See the documentary The Guardian calls ‘a fresh angle on the Cash mythology, and a long way from Walk The Line. Following his father’s suicide, director Jonathan Holiff discovers hundreds of letters and telephone recordings with Johnny Cash during his pill­ fueled 1960s, triumphs at Folsom and San Quentin, marriage to June Carter, and his conversion in the early 1970s to born­ again Christian. These artifacts tell the story about how manager and singer collaborated to create a superstar, while each struggled with personal demons. A fascinating behind­-the­ scenes look at the business of music, the pitfalls of success, and their impact on family.


American Descent
Dir. Brooks Hunter, USA, 83 min.
Synopsis: 2014, U.S. Army Staff Sergeant Stephen Harris edited and uploaded this film. It was his message to the world. A group of teenagers are sent an unlabeled DVD from a U.S. Army base in Afghanistan containing a video of a strange woman tied to a tree and ends with a clue. The teens follow the clue to another and yet another, until what started out as a game becomes a terrifying chase into the psychopathic mind of Harris. At the end of the line, the teens’ world comes full circle as they discover they weren’t just playing a game, they were pawns in a revenge plot only a master of war could devise.

Synopsis: Wounded by their childhood, young lovers travel to the desert in search of a holy ground, where the pains of their past can be washed away.

Be the Snow
Dir. Amir Honarmand, Canada, 5 min.
Synopsis: “Be the Snow” is the adventure of a pillow who runs away from home to discover the outside world.

The Trailer - Dead Hearts from stephen martin on Vimeo.

Market Hours
Dir. John Goldman, USA, 15 min.
Synopsis: Randall spends his days imagining the vibrant inner lives of various vendors at the multicultural urban market where he works; none more so than Angela, an angel with her own pastry shop. But Randall’s inattention to his work has lead to a string of thefts and soon threatens to cost him his job. A chance encounter with a beautiful starlet and her lapdog provides Randall not only an opportunity to break the ice with Angela, but a chance to prove his worth to everyone at the market ­ including himself.

A Mile in These Hooves
Dir. James Brylowski, USA/Canada, 15 min.
Synopsis: Foster brothers, Tom and Mark set out on a mission to break the world record for the longest journey in a two ­person costume. They will travel by foot from Toronto to Venice Beach, California in a two ­person donkey costume. For three months, they will not leave the costume.

Papa
Dir. Natalie Labarre, USA, 6 min.
Synopsis: An eccentric inventor realizes he’s not a perfect father, so one day, he makes one.

What is Art?
Dir. Stanley Ka Chun Chan, Canada 1 min.
Synopsis: A metamorphic animation inspired through the dialogue of the artist and his explanation of what art means to him.

*Please note that the short Silent Invaders will no longer be screening at the festival. Watch it in full here.

The Lost Key
Dir. Ricardo Adler, Ricardo Korda, Venezuela/USA, 88 min.
After a traumatic divorce, Ricardo Adler sets out to discover how to achieve a fulfilling and lasting marriage. His search takes him to Rabbi Manis Friedman, who introduces him to Kabbalah’s ancient secrets to attain the highest form of intimacy. The film portrays the dramatic transformation of Ricardo’s new marriage, and the reactions of other couples to this revolutionary way to sexual connection. The Lost Key reveals forgotten wisdom that could inspire society to rediscover intimacy, one bedroom at a time.

In the Turn
Dir. Erica Tremblay, USA/Canada, 90 min.
Synopsis: In The Turn follows a 10-year­-old transgender girl in rural Canada as she navigates the difficult and complicated world that surrounds her. Tormented at school by teachers and peers alike, she faces daily assaults in the form of insults and physical altercations. The pain she endures at school takes a toll on not only her self­-esteem, but also on the emotional stability of her family. Our film documents Crystal’s journey as she and her family struggle against the challenges of prejudice, hatred and ignorance. Her world opens up when her mother discovers the Vagine Regime, a queer collective of roller derby players. Crystal is introduced to a community that is comprised of people of all shapes, sizes, backgrounds and identities. The Vagine Regime is not only accepting of Crystal, but they actively support her journey…

Ausencia
Dir. Max Valverde, Costa Rica, 17 min.
Synopsis: Luis died prematurely. Since then, Enrique’s life has been sleeping beside his father’s tomb. He tries to play with other kids, he tries hard to play the game of his life. Yet, he ends curled up in his solitude, next to his dad’s tomb. This absence gets interrupted by Mary and Gold ­ a girl and her doll­ who bloom in his life one casual day.

Bear Story
Dir. Gabriel Osorio Vargas, Chile, 10 min.
Synopsis: An old bear goes out every day to a busy street corner. He sets up a small wooden theater containing tin puppets of his own making. For a coin, the bear will set the mechanisms in motion, the marionettes will start to move and a story will unfold inside the box. Through the peephole passerbyes will see the life of a circus bear that longs to escape and return to his family.

Carry On
Dir. Yatao Li, USA/China, 16 min.
Synopsis: Carry On tells a story set in Japan ­occupied China during World War II. In 1944, the tide turned against Japan and the war began winding down. Prior to their retreat, Japanese troops looted every Chinese village in their path. They took only food and women from these villages followed by massacring all others and burning everything to the ground. To save his daughter, a Chinese father in my film stuffs her into a large bag disguised as food. As he loads the bag onto the back of a truck along with other bags with food, a Japanese army officer spots his secret.

The Lady in Number 6: Music Saved My Life
Dir. Malcolm Clarke, Canada/USA/UK, 39 min.
Synopsis: The Lady In Number 6 is one of the most inspirational and uplifting stories of the year. 109 year old, Alice Herz Sommer, the world’s oldest pianist and Holocaust survivor shares her story on how to achieve a long and happy life. She discussed the importance of music, laughter and how to have an optimistic outlook on life. The Lady In Number 6 won the 2014 Academy Award for Best Documentary, Short Subjects.

Raab da Vaasta
Dir. Chakravarty Devulapalli, India, 10 min.
Synopsis: Must you kill in order to live…? When a no typical customer walks in and demands a shave, a small time barber with a traumatic past deliberates and faces an epiphany of sorts.

Chess Game
Dir. Luis Antonio Pereira, Brazil, 08 min.
Synopsis: Mina, Beth and Martona are locked in Talavera Bruce Penitentiary, in Rio de Janeiro. Mina (Priscila Fantin) is the brain of the group, Beth is the impulsive one, and Martona is pure muscle. Mina controls the jail by selling drugs and goods, smuggled in by her sister, Jullienne. Mina is doing time for social security fraud, involving Senator Franco. The Senator thinks that she could snitch him to the authorities. So, he decided to bribe the warden to put an end to her life. But she is strong and smart, and the attempts against her are in vain. Now, it started a game of challenges and fight over power inside the pen, which the strongest and smarter will succeed.

Butterfly Fluttering
Dir. Roman Kayumov, Russaia, 10 min
She is a modern girl, young, beautiful, and she tries to follow their own instincts. She is searching for someone to love and real feelings. Perhaps she just wants to feel alive.

All screenings are at the Mayfair Theatre.