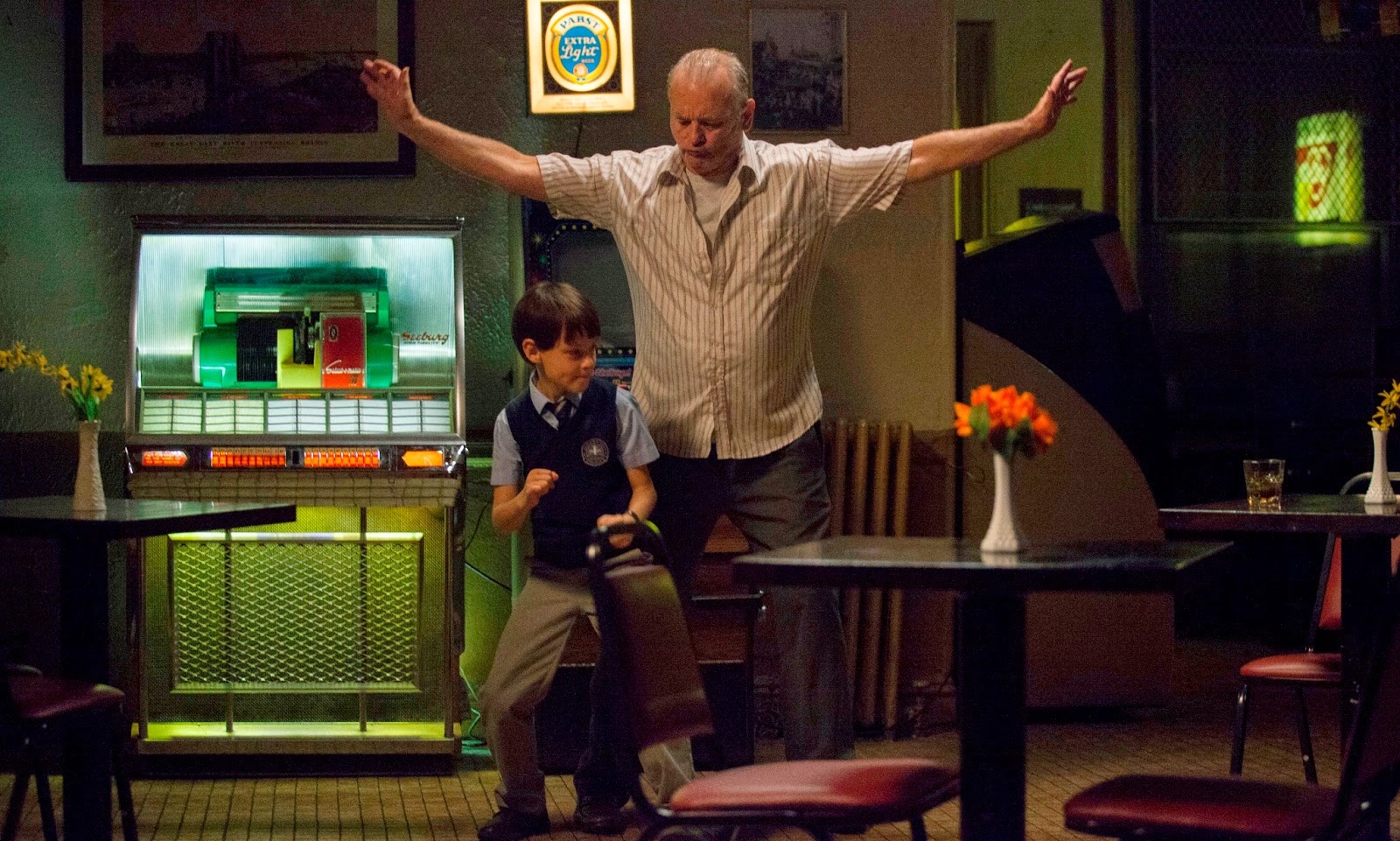 Bill Murray puts the F in ‘Bill F***ing Murray’ with his colourfully cuss-laden turn in the charming crowd-pleaser, St. Vincent. St. Vincent, which opened at the Toronto International Film Festival earlier this year on the festive celebration of Bill Murray Day, canonizes Murray as one of the patron saints of comedy. Murray has been on something of a latter act reinvention of his career since 2003’s Lost in Translation brought his a well-deserved Oscar nod, and his turn as the grumpy Vin in St. Vincent might be one of the finer fusions of his sophisticated dramatic streak with his Caddyshack swagger. It’s a competitive year for actors, but there’s reason to believe that a few comedy fans will nominate their saint in the months ahead. St. Vincent sees Murray at his curmudgeonly best.


Murray plays the ultimate grumpy old teddy bear as Vincent, a cantankerous Vietnam War vet who spends his retirement boozing it up at the racetrack (where he habitually loses), the local dive (where the bartender habitually cuts him off), and in his dark, dingy home (where his only company is habitually his mangy cat). Vincent shows his softer side, however, when a young boy named Oliver (Jaeden Lieberher) moves in next door with his mom, Maggie (Melissa McCarthy), and needs a babysitter. Vincent really needs a paycheck, though, so playing father figure to the twerp next door offers enough of a reprieve from the insurmountable debt he seems to be accumulating. In the vein of many mismatched mentor/protégé relationships, though, Vincent takes Oliver under his wing and they get along like two old war buds.

St. Vincent offers crowd-pleasing comedy as Vincent gives Oliver some unfatherly advice, such as how best to sock a bully in the nose or play the odds at the racetrack. Murray is cranky, spry, wistful, and dry as he builds on some of the best characters and performances of his career, and makes Vincent one of his more notable melancholy loners. He’s young at heart, too, bouncing about the screen with as much energy as ever.

Murray makes himself vulnerable, too, as he’s been doing stealthily in this renaissance act of his career. Writer/director Theodore Melfi smartly ensures that St. Vincent isn’t all boyish tomfoolery as the cranky old man teaches the young cub to play in the wild. The film gives Vincent a surprising wealth of layers that Murray strips back as Vincent lets Oliver more intimately into his life. It turns out that this amiable curmudgeon unwaveringly visits his ailing wife in assisted living to do her laundry every week. He even dresses as a doctor to make the pain of her losing her memory of him to Alzheimer’s more bearable for both of them. Vincent also takes good care of a fully pregnant Russian stripper/hooker named Daka (a game Naomi Watts), and finds more beauty in her baby bump than just mere fetish.

Then there’s Maggie, whom Vincent frequently mocks, but Melfi and Murray don’t let the old man’s sympathy for the single mother slip past the audience. This grumpy old man is grotesquely unlikable upon first impression, yet Vincent wins over the audience as it reveals the humanity that Vincent works so hard to conceal. It’s a film to root for and a heartfelt one at that.

Melfi’s funny and humane screenplay gives the strong ensemble, a dream team, really, ample material with which to craft a diverse cast of colourful and offbeat characters, yet endearingly relatable ones, too. Lieberher makes a fine debut going toe-to-toe with Murray and playing the straight-man/sidekick to Murray’s veteran chops, while McCarthy gives a characteristically warm and funny performance while opening up a dramatic side of herself she hasn’t shown before.

It’s Naomi Watts, however, who handily stands out in the ensemble with her uproariously larger than life performance as Daka. Sporting both a hilarious accent and a deadpan delivery, Watts steals every scene in which she appears. Her winning and totally un-PC performance as the pregnant lady of the night is a highlight and it’s a wonder that she doesn’t do comedy more often when she delivers a character as likable and funny as Daka. It remains a mystery whether Vincent is her baby daddy, but there’s no mistake that St. Vincent proves Bill Murray brings out the funny side in everyone. He’s truly one of comedy’s saints.

St. Vincent is now playing in theatres from eOne Films.

What did you think of St. Vincent?