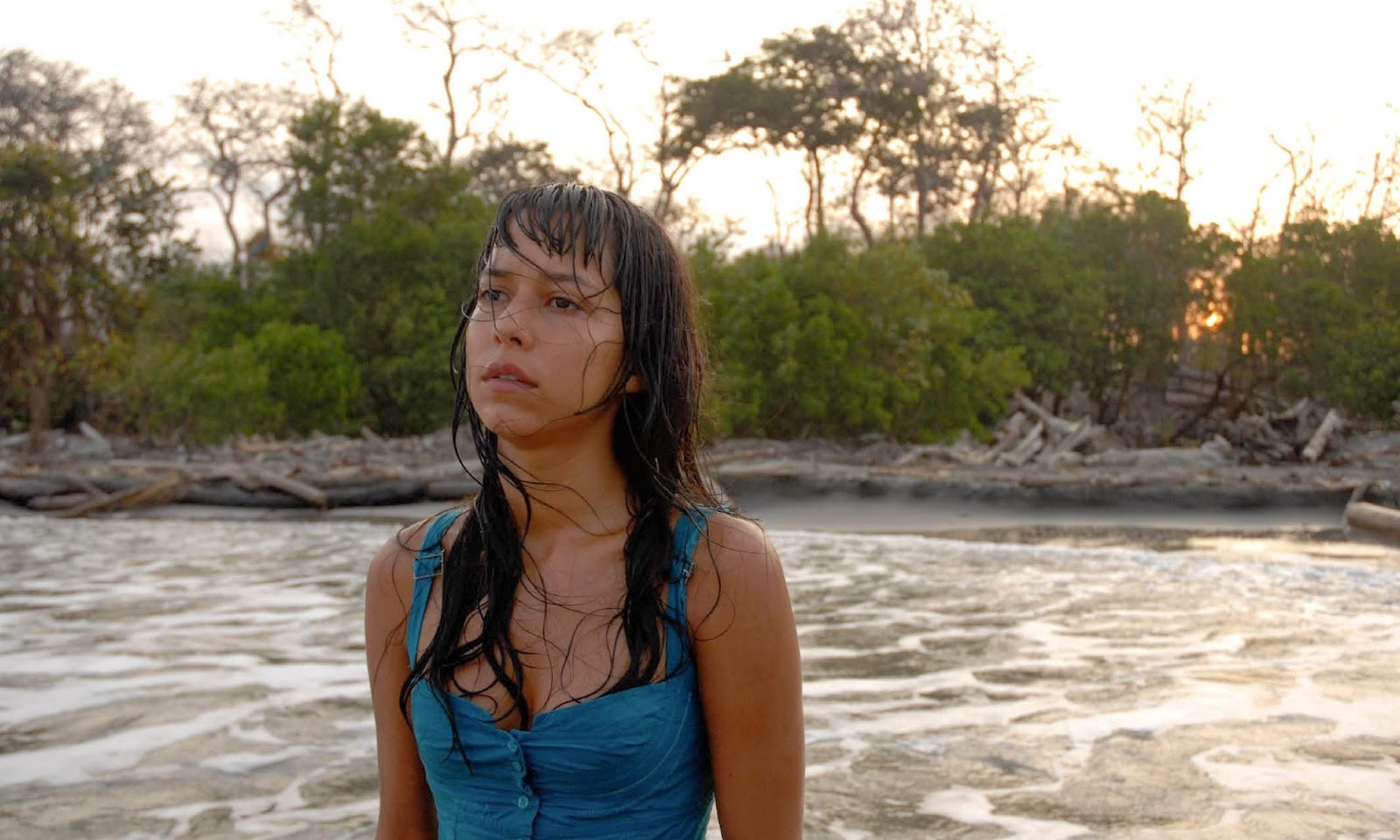 Portraits in a Sea of Lies easily has the most poetic title of all the films screening at this year’s University of Ottawa Human Rights Film Festival. Like most books of poetry, though, Portraits is a bit tricky. This well-intentioned film by Carlos Gaviria easily delivers more on the message than it does the medium, but the multi-award-winning Portrait in a Sea of Lies smartly lets the lessons of the film leave a lasting impression. The film takes audiences to a contemporary Colombia where, as the final titles cards of the film reveal, an estimated ten percent of the population is displaced by violence. What begins as a run-of-the-mill road movie ends as a compelling essay on forced migration.


The film sees Marina (Paola Baldion) become a placeless nomad when the rickety hut she shares with her grandfather collapses in a mudslide. The fatal accident leaves the mute Marina (burdened by prior trauma) in the care of her cousin Jairo (Julián Román), a photographer and regular Casanova. They decide to travel the winding Colombian rounds to reclaim the property Marina inherited from her grandfather.

Gaviria finds some compelling observational moments with his minimalist aesthetic, but Portrait in a Sea of Lies suffers from Baldion’s comparatively bland performance. Marina doesn’t make for an especially interesting character since the actress struggles to invest their viewer in her fragile psychological state. The Colombian countryside is far more interesting, especially since Gaviria and the camera take it in with a near-sociological view that integrates the beauty, poverty, and misery of villages as some of the film’s central characters. Awkwardly cut flashbacks and theatrical visions of dead relatives who resemble extras from Michael Jackson’s Thriller don’t help much, either.

A powerful final act handily redeems the film, though, as Portrait in a Sea of Lies provides a brutal, gripping explanation of Marina’s displacement. The finale lets the trauma that Marian carries through the film ring clear and the film extends to future victims of violence as Marina finds herself alone and on the edge of a changed world. The unsettling and open ending of Marina and Jairo’s journey invites ample debate.

Portrait in a Sea of Lies screens at the University of Ottawa Human Rights Film Festival on Saturday, Oct. 4 at 7:00 pm at the Alumni Auditorium in the Jock Turcot University Centre, 85 University St. at uOttawa.