uOttawa Human Rights Film Fest Review: 'For Those Who Can Tell No Tales'

For Those Who Can Tell No Tales 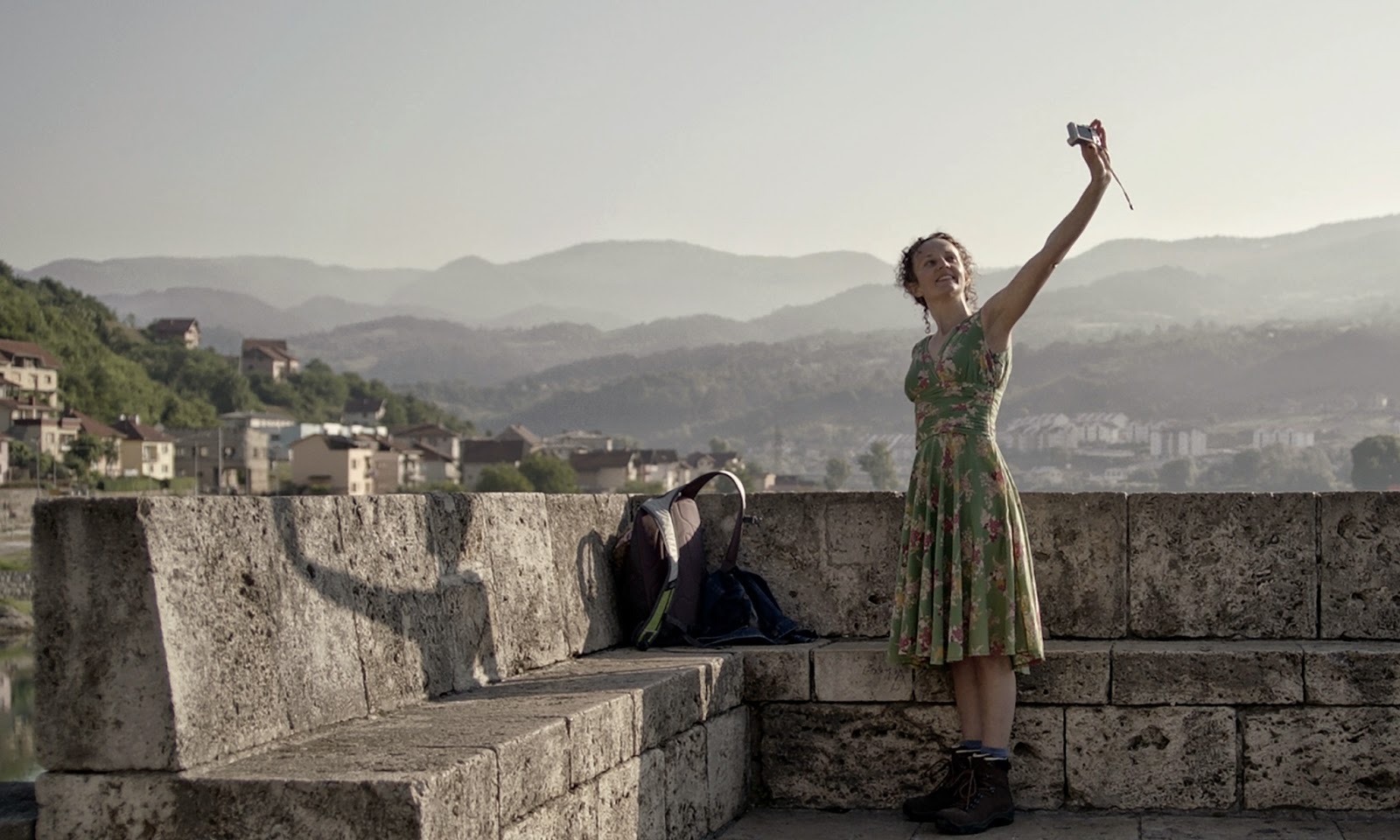 Well, here’s a fascinating film that Ottawans should see at the University of Ottawa Human Rights Film Festival. For Those Who Can Tell No Tales is arguably the best film of the fest. This film blends art and life as it follows Australian performance artists Kym Vercoe (played by Australian performance artist Kym Vercoe) as she travels to Bosnia and finds herself shell-shocked when she learns the truth about one of her picturesque stops recommended in her travel guide. Vercoe, adapting her own play Seven Kilometers North East about her own travels in Bosnia, strips back the veil of touristic ignorance behind which citizens of developed countries often hide. For Those Who Can Tell No Tales is powerful in its haunting realization of trauma and memory, and especially for how it honours victims of violence by sharing their story as art.


That latter point sounds a bit trite, but For Those Who Can Tell No Tales dutifully recognizes voices that have been silenced by violence and it admonishes silent onlookers who permit violence to endure. Kym arrives at her showpiece after a fitful night of sleep at the Hotel Vilina Vlas in Visegrad, which her pocket guide to Bosnia describes as a romantic getaway hidden among the trees. Her restless night prompts reflection when she returns home and discovers that the hotel actually served as a site for horrific crimes against women during the war. Sick that she slept in the same bed that offered slave chamber, Kym returns to Bosnia and makes amends.

Kym honours the victims of Hotel Vilina Vlas by revisiting Visegrad without the rose-coloured glasses that frame her first visit. The film presents Kym’s two visits as postcards within a frame as the film opens with her in a Bosnian interrogation room that situates her first trip in the past tense. The question and answer back-and-forth between Kym and the officers unmasks the cold willful blindness that allows the truth to go unacknowledged. Intercut between the layers of Kym’s trips are shots of the beautiful yet ominous Ottoman bridges that serves as a focal point of Kym’s journeys. The bridge, itself a focal point of writer Ivo Andric, who inspires Kym’s trip, is a beautiful piece of 16th century architecture that bears the scars of the war with the bullet holes that blemish its stunning stonework.

The bridge looks immaculate from a distance as Kym takes in a tourist’s gaze and admires the sunlight rippling off the river. Look at the bridge more closely, though, and it shows the few shreds of evidence that are out in the open. One particularly unsettling moment sees a villager offer to take Kym’s picture on the bridge when she finally gains the courage to revisit it after immersing herself in accounts that it served as a site for countless rapes and murders, and was allegedly slick with blood as if a rainstorm hit Visegrad. She straddles the pockmarked ledge uneasily and the uncomfortably friendly visitor encourages the postcard perfect view she aims to reject.

Director Jasmila Zbanic, who previously won the Golden Bear at Berlin for 2006’s Grbavica, presents Kym’s apology as a performance piece itself by letting the languid, lyrical tempo of the film mourn for the lost. She include a brief except of Kym’s stage work as Kym taps a facsimile of the bridge out of dirt onto a stage and dances along carefully, methodically, and steps far more diligently on its track than she did the first time. For Those Who Can Tell No Tales effectively puts at the forefront of its dramatic energy the complicity one feels with ignorance. Even a mere gesture or symbolic token of recognition for the past is a step in the right direction.

Most provocatively, though, For Those Who Can Tell No Tales avoids assigning blame even as it lays a heavy dose of liberal guilt within its message. Kym’s second trip peppers itself with references to the villainous warlord who manned the hotel, faced a conviction at The Hague, and received a hero’s welcome after serving time for his crimes. The film teases out and ultimately rejects confrontation with the criminal that one assumes is inevitable. Instead, Zbanic makes the audience look at villagers in a new light and approach them warily because they may be culpable—even if there only crime is the moral one of turning a blind eye.

Driven by Vercoe’s heartfelt performance, haunting editing, arresting cinematography, and a melancholy score, For Those Who Can Tell No Tales is an elegiac tribute to victims of violence. The film finds its title from the Andric writings that inspiring its journey, as one elderly villager acknowledges that the dead cannot tell their own story. The film also turns the phrase back on those who choose to tell no tales by remaining silent, and Kym’s diligent return to Bosnia is in itself a powerful statement. For Those Who Can Tell No Tales leaves much unsaid in its brisk and unsettling seventy-odd minutes, yet the impact of the film lasts significantly longer.

For Those Who Can Tell No Tales screens at the University of Ottawa Human Rights Film Festival on Saturday, Oct. 4 at 9:00 pm at the Alumni Auditorium in the Jock Turcot University Centre, 85 University St. at uOttawa.