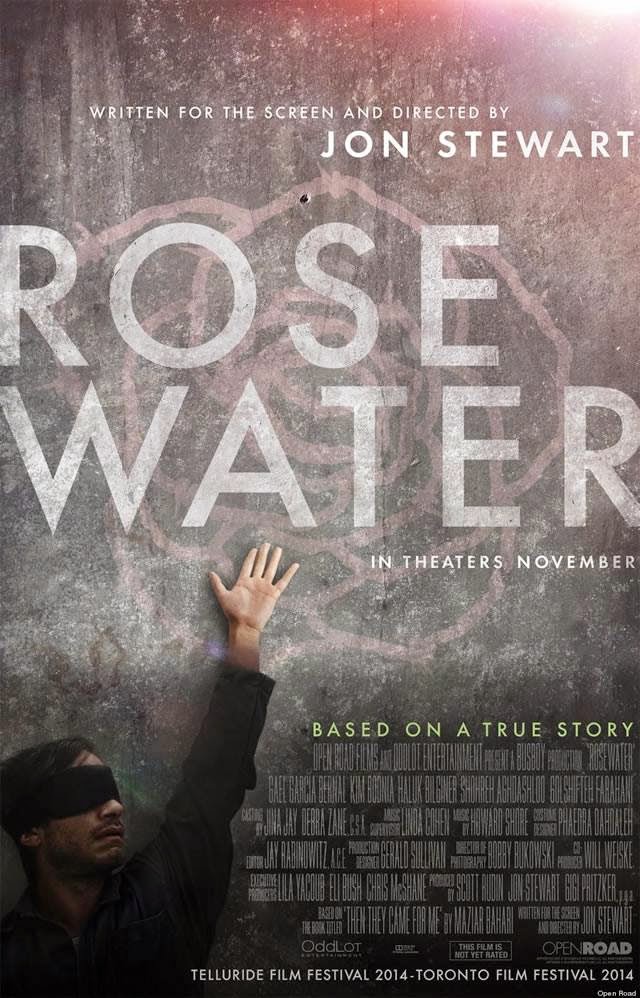 Pretty much everyone agrees that Jon Stewart is a master of satire when it comes to reporting current events, but how does his razor-sharp skill translate to film? Pretty well, I’d say, judging from the praise surrounding his directorial debut Rosewater. Pretty darn well, actually, since the film premiered to Oscar buzz and great reviews at the Telluride and Toronto International Film Festival earlier this fall. Rosewater opens in Toronto, Vancouver, and Montreal on November 14 from Search Engine Films (Ottawa at The ByTowne on Nov. 28) and if you live in YYZ, MTL, and YVR, you are in luck! Answer the trivia below for your chance to win tickets to sneak peeks of Rosewater!


Synopsis: The feature film Rosewater is based on The New York Times best-selling memoir Then They Came for Me: A Family’s Story of Love, Captivity, and Survival, written by the BBC journalist Maziar Bahari. A true story, the film marks the screenwriting and directorial debut of “The Daily Show” host and executive producer Jon Stewart, and stars Gael García Bernal, leading an international cast.

Thanks to our friends at Search Engine Films, Cinemablographer.com has ten (10) double passes to give away to sneak peeks of Rosewater in Toronto, Calgary and Vancouver. All you have to do to enter is answer the following question:

How many days did Rosewater subject Maziar Bahari spend in interrogation?

Send your answer and full name (required for a guest list) to contests@cinemablographer.com with the subject “Rosewater – [CITY].”
(Limit one email entry per person please. Multiple entries will be discarded.)
***Don’t forget to include your city and name!***

Rosewater opens in Toronto, Vancouver, and Montreal on November 14 from Search Engine Films.
Release follows in additional cities in the coming weeks including Ottawa at The ByTowne Nov. 28.