EUFF Review: 'The Ambassador to Bern'

The Ambassador to Bern 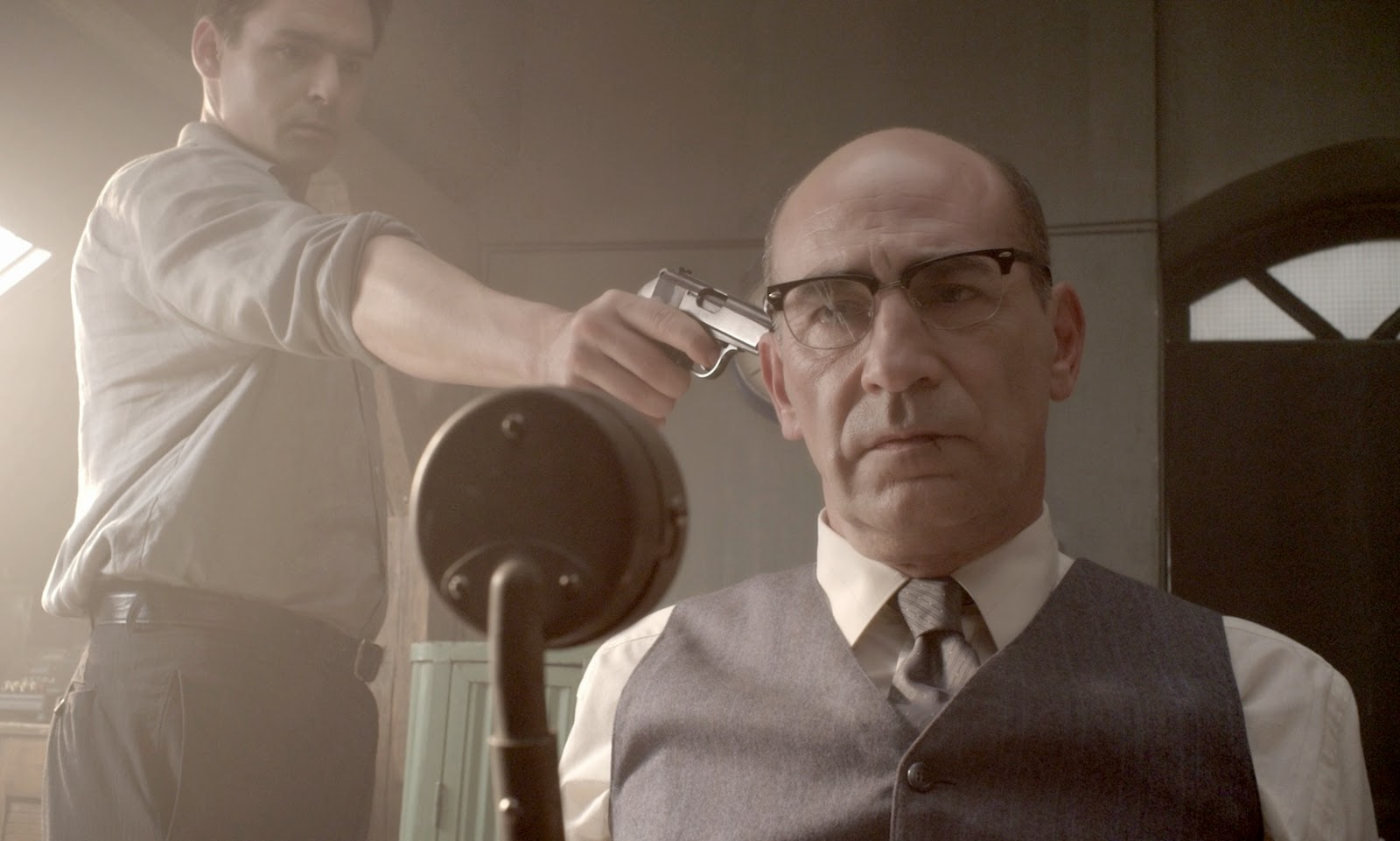 Enjoy a double-bill of thrillers tonight as Ottawa’s European Union Film Festival screens Poland’s terrific spy thriller Jack Strong back to back with the swift Hungarian political thriller The Ambassador to Bern. Both films are tense and atmospheric thrillers. If Jack is akin to a John le Carré adaptation, then The Ambassador to Bern begs comparison to Ben Affleck’s Argo with its breakneck dramatization of a true hostage situation in the Hungarian embassy Bern, Switzerland in 1958. Expect a gripping night at the movies.


This true tale takes a dramatic interpretation of events as the opening title cards offer a few facts about how the siege at the embassy “could have happened” and then offer a speculation drawn on transcripts, eyewitness accounts, and creative licence. The Ambassador to Bern moves very quickly as it introduces the titular ambassador Koroknai (a strong János Kulka) as he spends his morning worrying that recent events will bring a shift in power and put him on the outs. Within minutes, though, two freedom fighters storm the embassy and Koroknai becomes the crutch upholding the secrets and integrity of the Hungarian government when his life is in jeopardy.

The two radicals, Abel (Tamás Szabó Kimmel) and Bános (József Kádas), are both Hungarian immigrants fighting the consequences of the Hungarian revolution from afar. The Ambassador to Bern humanizes the two freedom fighters just as much as it does the hostages in the embassy, for the script by Norbert Köbli cuts quickly to the fighters’ own family members and allies as they wait in the gathering mob outside the embassy, shouting support for the rebels and admonishing the Hungarian government. The Ambassador to Bern, like Jack Strong, offers a tense-character driven film about the burdens individuals bear when they lose faith in their governments and take renegade routes to justice. The films find different heroes, however, since Kuklinski of Jack Strong becomes a global ally against an impending World War while The Ambassador to Bern sits more in a grey area as it creates a battle of wits between the ambassador and his captors.

The film debates the effectiveness of civil diplomacy as Koroknai gains agency in the hostage crisis by defying his government and finding common ground with the freedom fighters. His coercion his noted, but the ambassador seems sullenly resigned from his duties as he puts on a brave face early in the morning, yet his passionate debate with the rebels over Hungary’s actions stirs notable hunger as he moves from being a political puppet to a mere countryman reflecting on his changing homeland. The Ambassador to Bern similarly finds humour in the ceremonial role of diplomacy as the borders surrounding the embassy create barriers that make the Swiss official leading the charge against the freedom fighters as little more than an observer to a foreign crisis.

One almost wishes that the brisk Ambassador to Bern fleshed out this engrossing tale even further than the quick 76 minutes of the film’s running time. Bern goes by almost too quickly—like a traumatic event in real life, it seems like it’s over just as soon as it begins—and the full political context of the film is sometimes hard to grasp. Fully explaining the motivation behind the freedom fighters risks justifying their actions, though, so The Ambassador to Bern smartly restricts the action to the claustrophobic spaces of the embassy for the brief duration of the siege. This taut thriller is thoughtful and riveting.


The Ambassador to Bern screens at the European Union Film Festival on Saturday, Nov. 22 at 9:15 pm at Library and Archives Canada, 395 Wellington St.