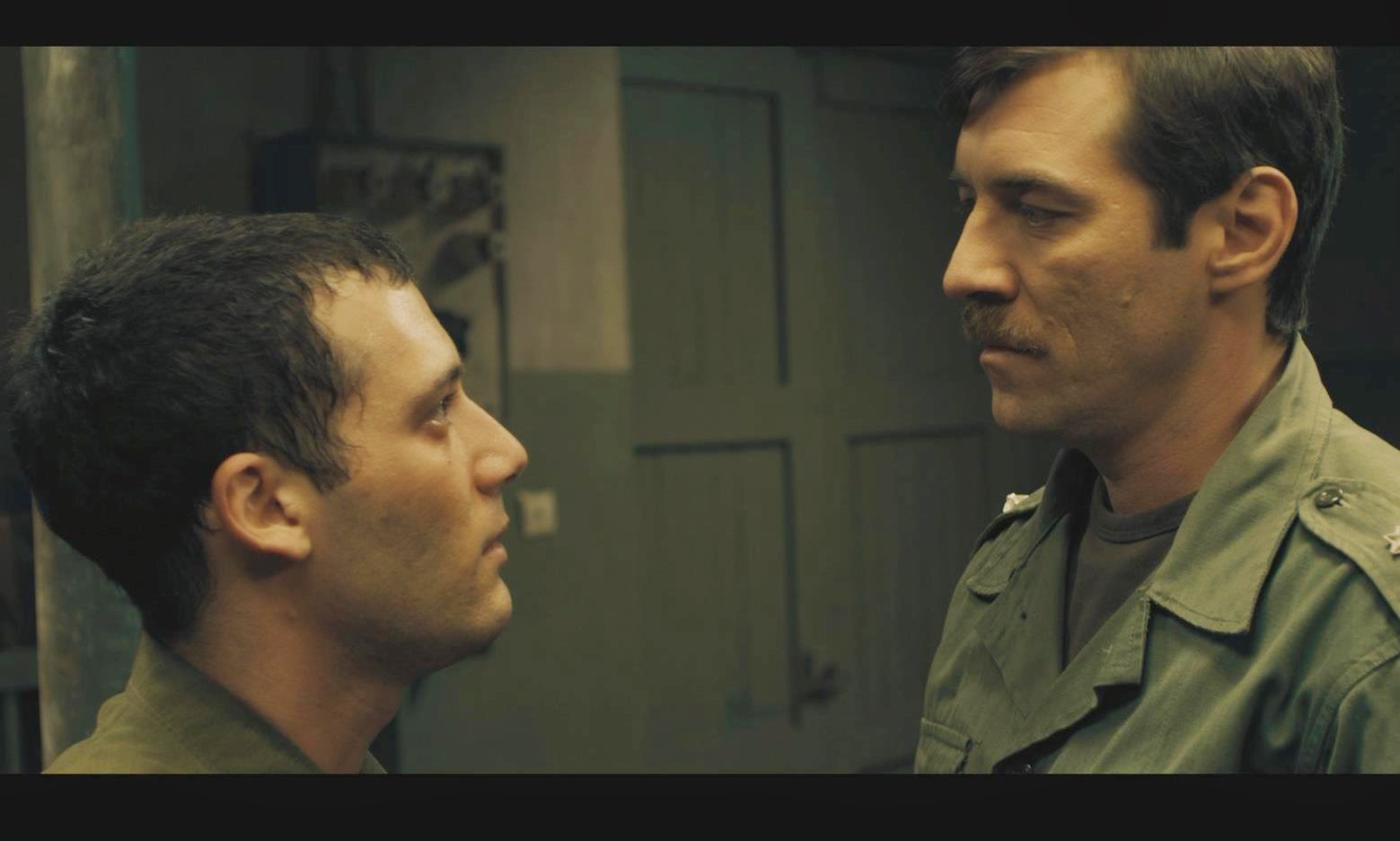 It’s one month until Christmas and love is in the air. Enjoy the festive spirit at the European Union Film Festival on November 25th as it dances a nice little number with its annual trip to Greece. Greece’s Christmas Tango is a sensitive film about forbidden love, and this nice love triangle/tango of desire is truly touching.


The film tells two tales of love when the Biblically named Lazaros Lazarou (Antinoos Albanis) crosses paths with a stranger who brings back memories of one fateful Christmas long ago. The ghosts of Christmases past play out in flashback as Christmas Tango cuts back to the days of the  Greek junta when Lazaros was just a young soldier in the Greek army and a mix of heavy snow and volatile politics left the soldiers confined to their base at the behest of their straight-laced lieutenant, Stefanos (Yannis Stankoglou). Stefanos plays the proverbial lump of coal of the season even though he does his best to keep spirits bright by organizing pageants, dances, and turkey din-dins.

Stefanos is extra cranky this Christmas since he harbours secret desires for Zoi (Vicky Papadopoulou), the beautiful and restless wife of his superior (Giannis Bezos). However, Santa Stefanos finds a little elf in Lazaros when he sees, with a bit of jealousy, the young soldier get close to Zoi on the dance floor at a dinner party since her husband is too grumpy/macho to dance. Stefanos, unable to bust a move on his own, summons the young recruit to teach him the tango so that he may sweep Zoi off her feet at the upcoming Christmas party.

It takes only two to tango and Christmas Tango skirts an unexpected dance with gender roles and notions of masculinity as the stodgy lieutenant kicks off his boots and reluctantly agrees to embrace a man when Lazaros admits that the tango is better learned through practice. Each movement of bashful steps brings the two soldiers closer to realizing their unspoken desires as their fumbled dance moves risk exposure on both fronts. Albanis and Stankoglou offer a pair of fine performances as the two conflicted men caught between their duties and desire, and the greater political backdrop that mirrors their own unrest, with Albanis being especially good in his sensitive and subtle turn as the young Lazaros.

Christmas Tango also looks affectionately at the wallflowers of the dance party, as it finds effective moments in which the bored Zoi plays with her daughter and dreams of escape from the camp and her cold husband. Papadopoulou, like her two male co-stars, subtly conveys her character’s hunger for a better life and a wish to escape the emptiness of the camp’s routine. Christmas Tango playfully teases the intersections of the desired and the desirees with comical exchanges between Zoi and her housekeeper, who keeps finding cigarette butts on the lawn—calling cards of a mysterious prowler, perhaps, but she doesn’t alert the missus since she understands her despair.

This thoughtful character study by Nikos Koutelidakis, adapted from the book by Yannis Xanthoulis, is a poignant tale of changing minds and new perspectives as the three characters yearn for new love and new experiences while the country itself aches for release. The warm cinematography by Yannis Drakoularakos is stirring and romantic, and Christmas Tango keeps the political undertones moody and subtle and lets them arise through an unexpected reveal as one of the character’s tests fate and, in turn, tempers the old-school ideology that prevails on the camp. Christmas Tango is a nice little film to warm the heart before holidays.