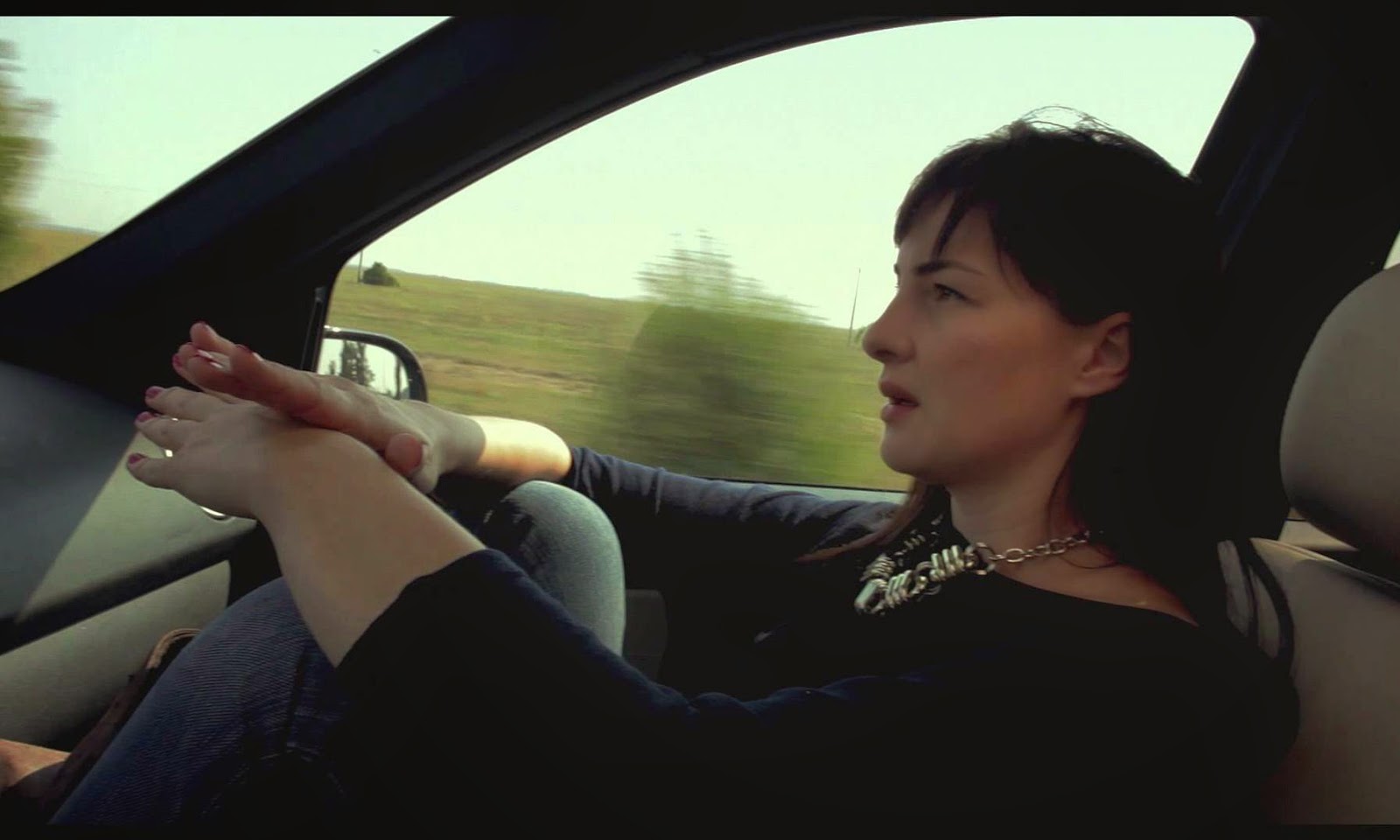 The Romanians sure love their long takes, don’t they? Virtually every review for a Romanian film on this blog remarks on the frequency of long takes in Romanian national cinema more than any other trend in any other film scene, aside from maybe the absence of Canadian films in Canadian theatres, but that’s hardly the subject for EUFF coverage. The Romanian entry at this year’s European Union Film Festival, Déjà Vu, sits comfortably within the trends and innovations in direction that largely characterize the Romanian new wave and, for better or for worse, let audiences see a national cinema come into its own distinct style of filmmaking.

Director Dan Chisu shoots the film entirely from the point-of-view of the film’s protagonist, Mihai. Chisu himself plays Mihai, although the director makes sure that the audience never sees the character’s face. Instead, audiences see the world entirely from the vantage point of Chisu’s head-mounted camera as he bickers with his girlfriend, Tania (Ioana Flora from Domestic), and they travel to the airport. The point of view shots go on for minutes on end as Chisu recreates a sense of lived experience as Mahai and Tania’s morning virtually plays out in real time.

Déjà Vu calls on Flora to carry much of the film, since a bulk of it consists of unbroken shots of Tania speaking to Mihai and addressing the camera directly. She’s remarkable and she keeps Déjà Vu consistently engaging even if the new wave aesthetic surprisingly lags in places. The style is infrequently remarkable since much of the film occurs in a car, although the mundane is to some extent the film’s aim.

Chisu evokes the humdrum ordinariness of the road trip by situating the lovers’ quarrel within the proliferation of personal video essays that form an increasingly high portion of popular culture. Tania, for example, whips out her iPhone and starts recording the road trip, all the while referencing some contest by Ridley Scott in which he invites everyday people to record their days on their phones for him assemble the winning entries into one feature film. Mihai laughs while Tania watches the car ride through her phone screen: who on earth would want to watch a plain, unadorned shot of two people sitting there?

Screw Hollywood trickery, Déjà Vu seems to say. Audiences have seen it all before and there really isn’t anything interesting to watching someone else’s ordinary existence unfold before one’s eyes. Take the very drive in which Tania does her recording: nothing happens, aside from a brief squabble or two. They joke that an accident could make the film more engaging, and it certainly does when some unexpected intruders introduces a riveting sequence that takes the POV came into dangerous waters.

Déjà Vu wraps the banality of everyday amateur filmmaking into it style as it shows that anyone can take a camera and shoot their daily doings, but there’s a difference between shooting a Vine and shooting a film. Déjà Vu marks itself as consciously aware of these unnatural mediations, since it opens with two bursts of artificial light flooding Mihai’s bedroom as Mihai stumbles around in the dark, using only her iPhone and the television as reference points. Déjà Vu plays on the audience’s perception of reality and filmed images as the observational style puts the viewer directly in the centre of the action. One is not a distant observer, but instead a party in the film thanks to the lengthy point-of-view shots.

The shots are interrupted only by fleeting memories of Mahai’s ex-wife (Mirela Opriser) with whom he recently separated. The flickering lapses in time evoke parallels between the relationships as Tania restlessly vents over Mihai’s lackadaisical attitude to their relationship. Déjà Vu becomes increasingly effective as past and present become virtually indistinguishable. The only thing that really grounds Déjà Vu in the moment is Flora’s repetitive evocation of time as she draws the viewer’s consciousness to the elapsed timeframe of their journey. She hardly needs to make observations, though, since one experience the flow of time elapsed with the screentime of the film. As an exercise in media and memory, Déjà Vu offers a striking play on perception.