EUFF Review: 'Rocks in My Pockets' 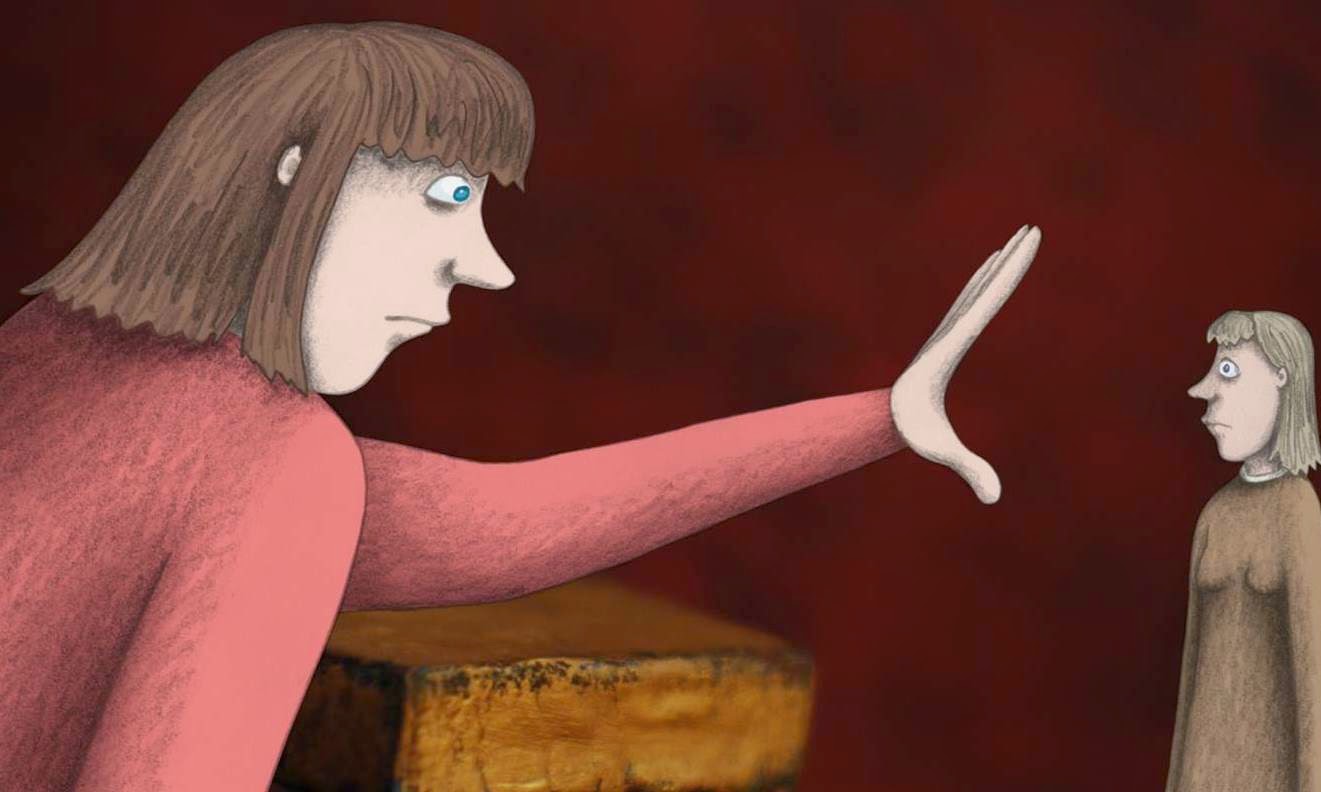 It helps to be a little bit crazy. Filmmaker Signe Baumane gives an eccentric and insightful portrait of madness in the unconventionally personal film Rocks in My Pockets. Rocks, which screens at Ottawa European Union Film Festival on November 28, is a truly unique bit of personal history as Baumane chronicles her family’s history of mental illness. This animated tale, Latvia’s official submission for Best Foreign Language Film in this year’s Academy Awards race, is a wry, funny, and insightful stroke of genius.


Rocks in My Pockets moves at a zany pace as Baumane narrates the stories of five women as she traces her family’s history of depression and mental illness back to her own peculiar brainwaves. Taking an ironic, self-deprecating tone, Baumane reflects humorously and matter-of-factly on the lives of her ancestors and she speculates on the pressures that she believes may have driven them to early deaths. Her sarcastically singsong narration examines the scope of her family’s history of depression within Latvia’s greater thread of madness: Is she crazy or is the world itself just friggin’ nuts?

“In this crazy world, how do you stay sane?” she asks wondering why her grandmother might have tried to drown herself in the waters to which she trudged every day down a steep hill to gather forty—yes, forty—buckets of water to for her cows. Granny Baumane, however, failed to pull a Virginia Woolf whilst trying to drown herself and the funny narrator says that there were no rockets in her pockets to sink. However, as Baumane elaborates, enough was weighing her down.

The roots of Baumane’s family tree arguably form the strongest chapter of the film—and also the fullest—as Baumane narrates the story of her strong-willed grandmother who worked tirelessly until she either dropped dead from a weak heart or offed herself. (It depends on which of her eight children you ask.) The breathless narration points out the social circumstances that contribute to and compound mental illness as he imagines the isolation that he grandmother must have faced raising eight children alone while tending to cows, horses, and a husband under the state-sanctioned poverty  of Soviet socialism.

Baumane takes a pointedly feminist look at depression, noting how the courses of these five women’s lives were largely shaped by gendered standards and circumstances, like the pressures of running a full household with a dead-beat husband or of putting on a charade of marriage to please friends and family. The black humour of Baumane’s delivery—the quirky animation and storybook satire—isn’t afraid to interpret or critique what might have been going on in the (allegedly) wonky minds of her relations. One especially funny and effective scene sees her grandmother tend to the horny rabbits that she keeps at the farm to feed and clothe her family. She’s startled by how calmly and placidly these cute little bunnies eat their young, but Baumane also weighs a sense of envy as her grandmother looks at the freedom of escaping the burden of motherhood, but she also balances the effort with the rewards and joys of having children.

How one stabilizes these factors while also pursuing one’s own hopes and dreams is the real pit of madness, Baumane suggests, as the tragic stories end in poverty, sadness, divorce, and death. Bauman’s own creation of the film seems to be the best solution, since embracing the currents of madness that ripple through one’s brain and harnessing their creative force offers an empowering way to take control of the disease. (After all, some of history’s best artists, including the likes of Virginia Woolf, have their own history of mental illness.)

Conventional discussions on mental illness don’t really do the subject justice, but Rocks in My Pockets’  offbeat animation lets viewers appreciate what Baumane and the women in her family experience by creating a strange and subjective odyssey in which one feels the anxiety and depression of the characters through the striking images. The unusually varied colour palette is bright, yet depressed, taking the fantastical world of the Latvian countryside a shade muter to mirror the washed out feelings of the five women.

Baumane’s madcap narration—there’s barely a second in the film without her hilarious voice over—creates an element of sensory overload as one’s brain absorbs all this information while taking in the unusual shapes and figures of her imaginative landscape. The sensory overload is clever, though, since Rocks in My Pockets forces one’s brain to work at every minute and suss out the funny obstacles one must overcome to receive proper treatment for depression and, more gravely, to make one’s friends and family recognize depression when they see it. “The road to sanity is a wild ride,” Baumane says and Rocks in My Pockets is as crazy as crazy can be.

Rocks in My Pockets screens at the European Union Film Festival on Friday, Nov. 28 at 9:15 pm at Library and Archives Canada, 395 Wellington St.
Please note that director Signe Baumane will attend the screening.