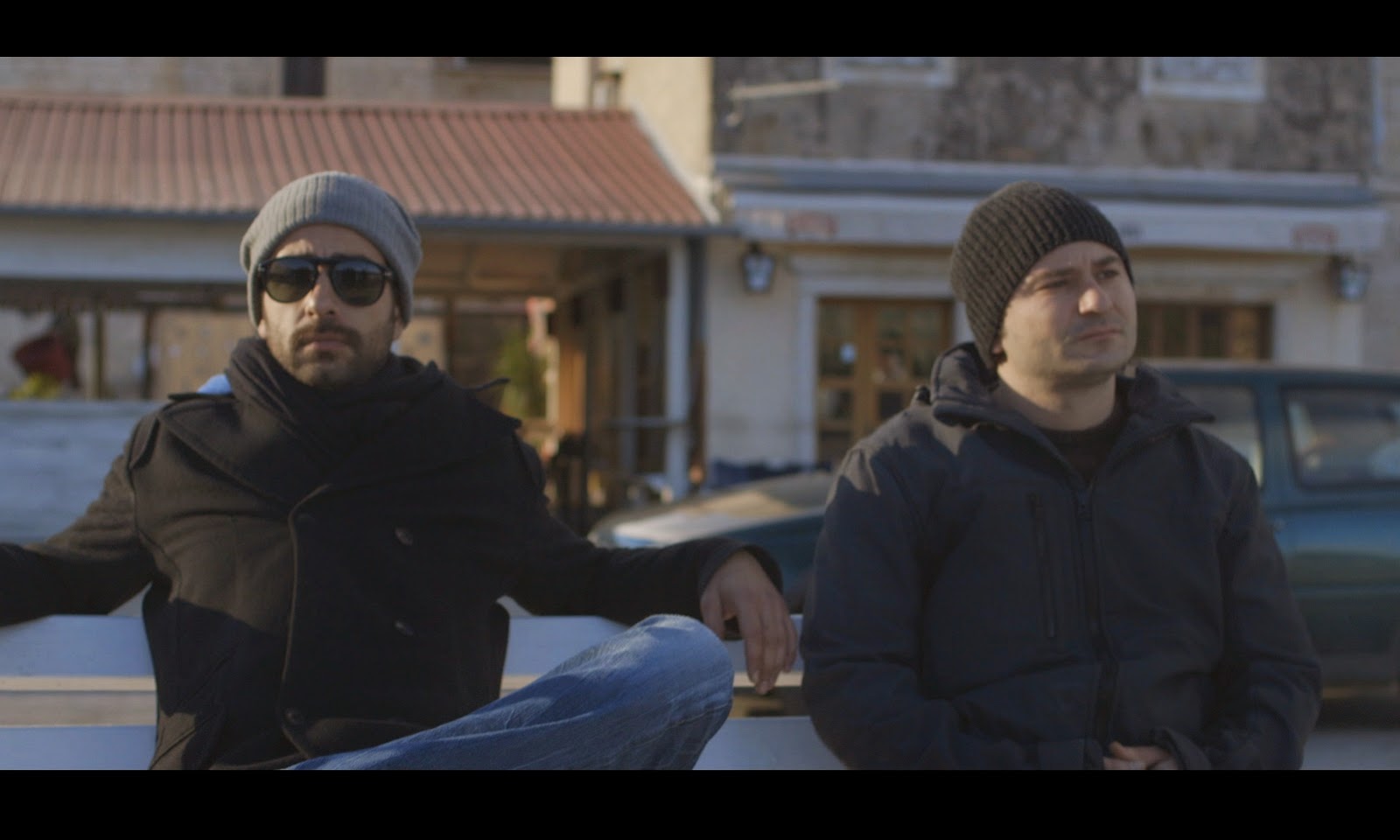 “Vis-à-Vis is the result of my intensive, hectic and impulsive collaboration with actors Janko Popović Volarić and Rakan Rushaidat,” says director/co-writer Nevio Marasovic in the press notes for Vis-à-Vis. “The film is a mixture of true events, fiction, improvisation, scripted scenes, fights, love, intuition and deep analysis of characters and their motivations in the very process of filming.” Vis-à-Vis is one of the most interesting films screening at this year’s European Union Film Festival, but one seems bound to appreciate the film even more if one reads up on it beforehand or discusses it afterwards. This innovative film riffs on art and life as an anonymous director (Rakan Rushaidat) and an anonymous actor (Janko Popović Volarić) revise a script for an upcoming shoot, improvising and drawing inspiration from the world around them, as they explore their characters. Who knew the Balkans could do mumblecore?


Vis-à-Vis becomes even more novel when one learns that the semi-autobiographical script that the director and actor are revising is actually a script that Rushaidat and Volarić are themselves working on with Marasovic. Vis-à-Vis is thus an ingenious exploration of the creative process, an improvisation of discovery and growth as the writers/actors/director all put themselves at the core of their work-in-progress. They re-evaluate the work and, in turn, themselves, as they learn how the seemingly melodramatic flairs of the material sometimes ring the most true to life while the supposedly natural elements of the film might be the least authentic bits of all.

Take, for example, one pivotal monologue that the director clings to like a little boy does his toys. It’s inspired by his own daddy issues and a break-up that still irks him, yet nobody finds it quite as moving or effective as he does. “It’s too long,” says a cranky veteran actor whom the director courts to play the father. “Fix it.”

The same conversation arises when the director presents the same monologue to his actor when they take a getaway to Vis Island, which the veteran actor also thinks is a gratuitous scene choice but provides some stirring picturesque views. (A few trips to Croatia are bound to be booked after the director and actor take a scenic ferry ride.) The actor quips that the scene is too long, but he shows that it is startlingly effective when he confronts the director in a random outburst shortly into their trip. It seems as if the actor is furious at his director, drawing on some deep-rooted tensions that have gone unexplained in the film, while he shouts furiously and the director simply stands there in awe. Then the actor pauses and quips that the last line is too melodramatic. It turns out that he memorized the whole speech rather quickly and is riffing on the character through some improvisation.

The intensity of Volarić’s performance is remarkable and he injects the film with an artistic authenticity that can’t be beat. Watch closely when he enjoys another extended monologue towards the end of the film: it’s exhaustingly long—pages and pages of words long, perhaps—and it repeats the same line that the actor feels should be excised from the film for its inauthenticity. People, actors, and writers thus sometimes stumble into clichés since there’s a grain of truth to the feelings they express even if the words themselves are false and phony. Vis-à-Vis confronts the art/life dynamic face-to-face (hence the title) and it astutely blurs the line with a dance around reality. Even the film's final shot, a nice exterior long shot of the actor and director embarking on the next step of their film, is a shrewd replica of an unfinished painting that appears earlier in the film. It's all a clever work-in-progress.

The film within the film voices art’s ability to bring catharsis as filmmakers and actors find outlets for their anxieties and memories by sharing their experiences with others. One sees the evolution of a film as the director’s upcoming project, Comic Sans (also the title of Marasovic’s film-in-progress), comes into its own and puts onto film the words and actions they struggle to realize in life. The energy of the film is truly unique, especially for a dialogue-driven buddy comedy, since one rarely sees this kind of independent spirit from this corner of Europe. (Kitchen-sink dramas usually dominate the slate of Balkan films that make their way to North America, although that seems to be changing.) Fans of the Duplass brothers, Lynn Shelton, and even Woody Allen will enjoy this insightful and hilarious slice of independent comedy, since Vis-à-Vis is an inspired dramatization of the creative process and of the art that goes into making a film. This meta-movie is real art.


Vis-à-Vis screens at the European Union Film Festival on Thursday, Nov. 27 at 9:00 pm at Library and Archives Canada, 395 Wellington St.