The award season binge-watching takes a speculative twist! (I'm gearing up for a new season of Cellar Door submissions, I guess!) This week's catch-up includes: 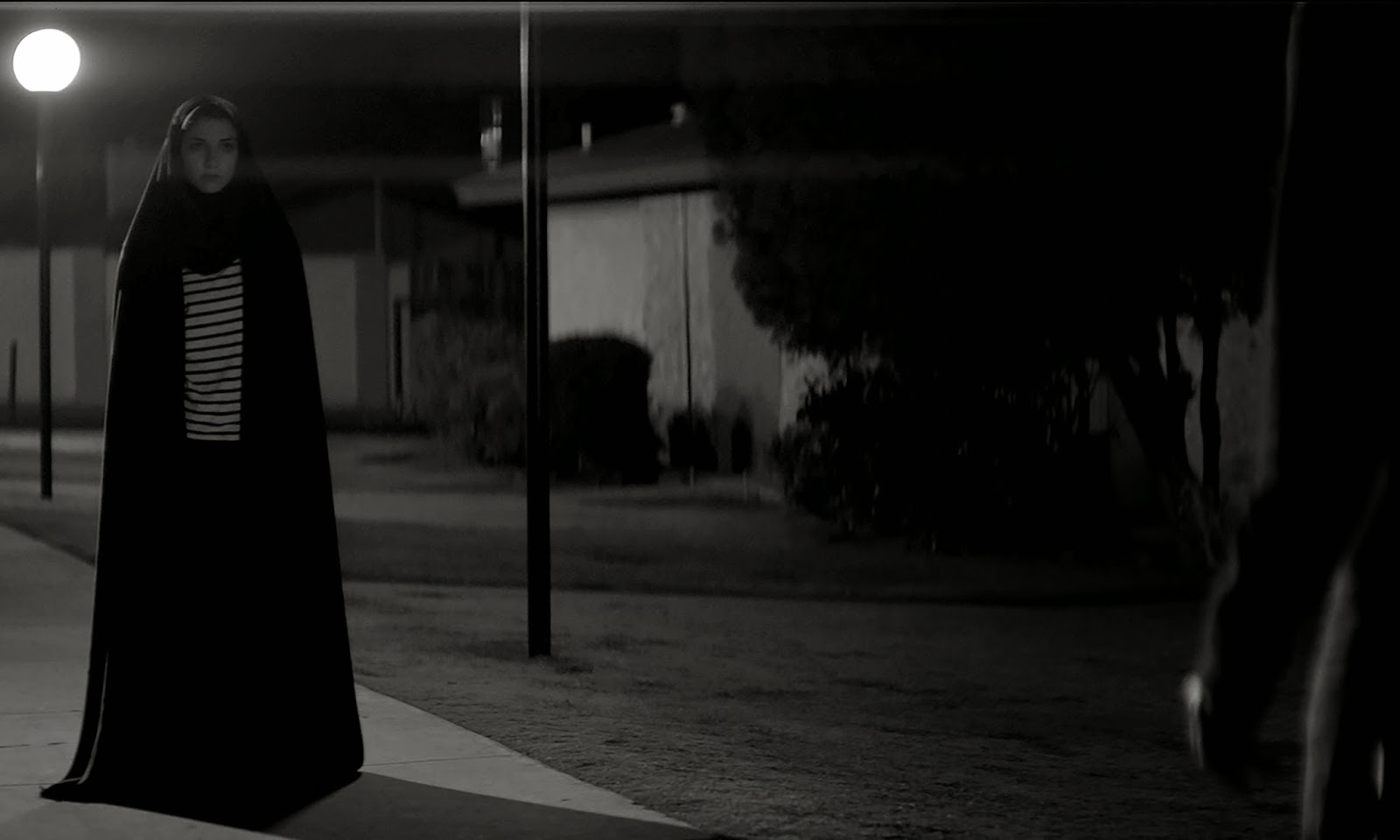 A Girl Walks Home Alone at Night is, without the slightest hint of sarcasm, the Iranian vampire western I’ve ever seen. This feature debut by Ana Lily Amirpour is easily the most badass film of 2014. Girl is wildly original. Girl, like Jim Jarmusch’s Only Lovers Left Alive, pulses fresh blood into the vampire genre when it long seemed (un)dead following a smorgasbord of derivative exercises in genre. Vampires are indeed cool again whether Tilda Swinton is walking the decrepit ruins of Detroit or the anonymous vampire of Amirpour’s film is roaming the streets of the Iran’s Bad City like the girl with no name.

The girl, rather, trolls around Bad City on a skateboard. Cloaked in a black hijab, instead of the conventional Dracula cape of the Halloween costume vampire variety, the girl preys on men who abuse women during the wee hours of the night. Amirpour displays a masterful hand at both substance and style as the girl seduces her prey, playing both an agent of desire and a counterattack to lust, as A Girl Walks Home Alone at Time plays takes conventional tropes of vampiric eroticism and reinvents them anew. This rogue avenger administers justice vigilante style, but she doesn’t really sink her fangs into anyone who doesn’t have it coming. She’s like Clint Eastwood’s anonymous gunslinger from the spaghetti western days, administering street justice with calculated force, and the electrifying score invites direct comparison to the Ennio Morricone and the westerns of Sergio Leone. The moody, atmospheric black-and-white cinematography by Lyle Vincent, on the other hand, creates a gothic surrealism that one hasn’t seen before—especially in such a banal suburban environment. This wild fusion of genre is one of the most exciting and original films of the year. 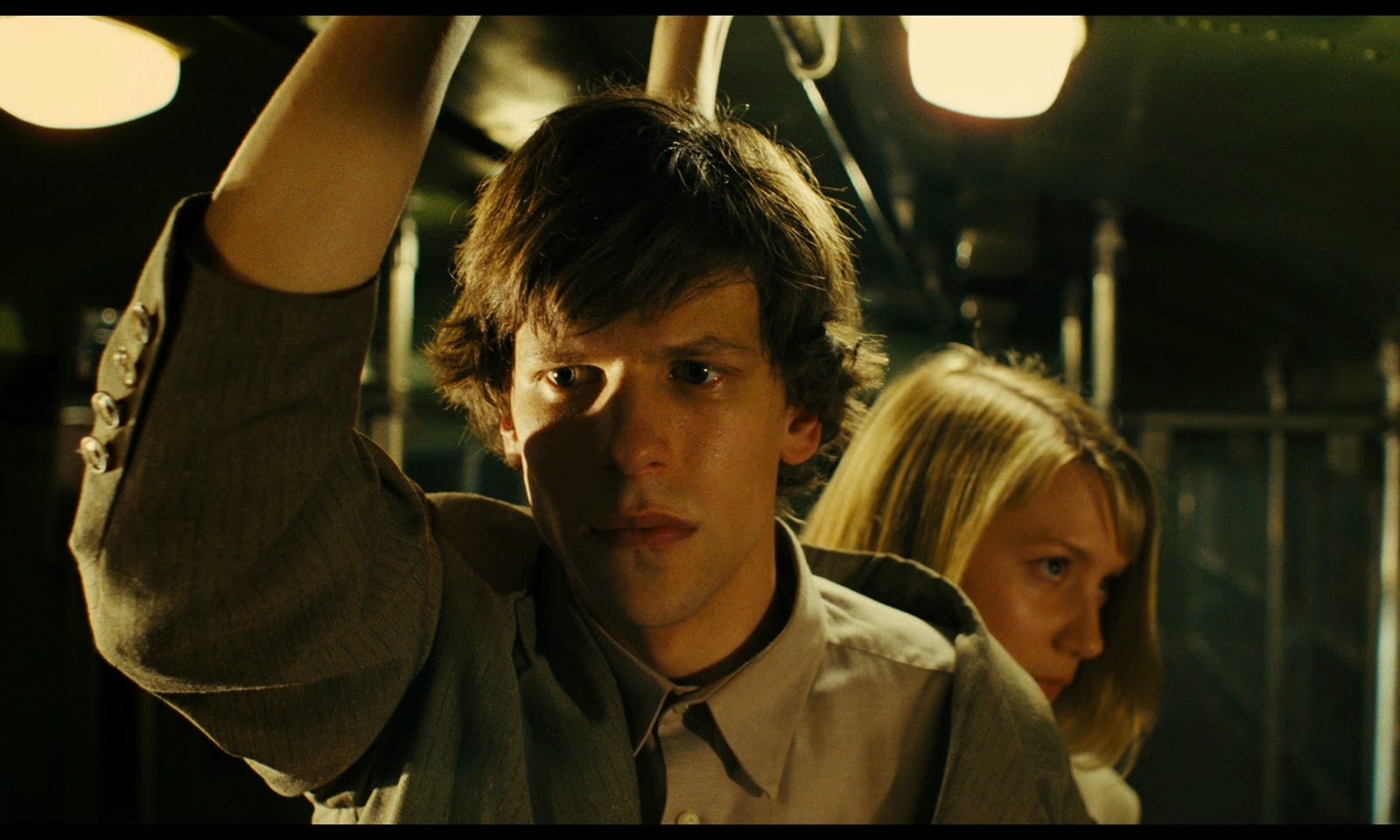 Richard Ayoade’s The Double is another dark and moody entry in the screener pile, but this one mostly plays like art for art’s sake. The tonally uneven The Double adapts a novella by Dostoevsky with a quasi-comic fizzle as Jesse Eisenberg confronts Jesse Eisenberg in a doppelgänger pic about the banality of bureaucracy and the crippling ineptness it breeds. Eisenberg is at his unlikable best in a dual role while Mia Wasikowska steals every scene as the woman caught between the ego and the id. The film clearly owes a debt to Orson Welles’s adaptation of Kafka’s The Trial with how Ayoade envisions a quirky future where busybodies do office work like drones, but the film makes its point relatively early and dabbles in a psychological mind game that offers little payoff. The Double nearly succeeds on its ambition alone, though, as far as offbeat takes on Russian lit go. It’s an atmospheric slice of black comedy with a speculative twist, but interested parties should probably rent Denis Villeneuve’s Enemy instead.

The Double is now available on home video. 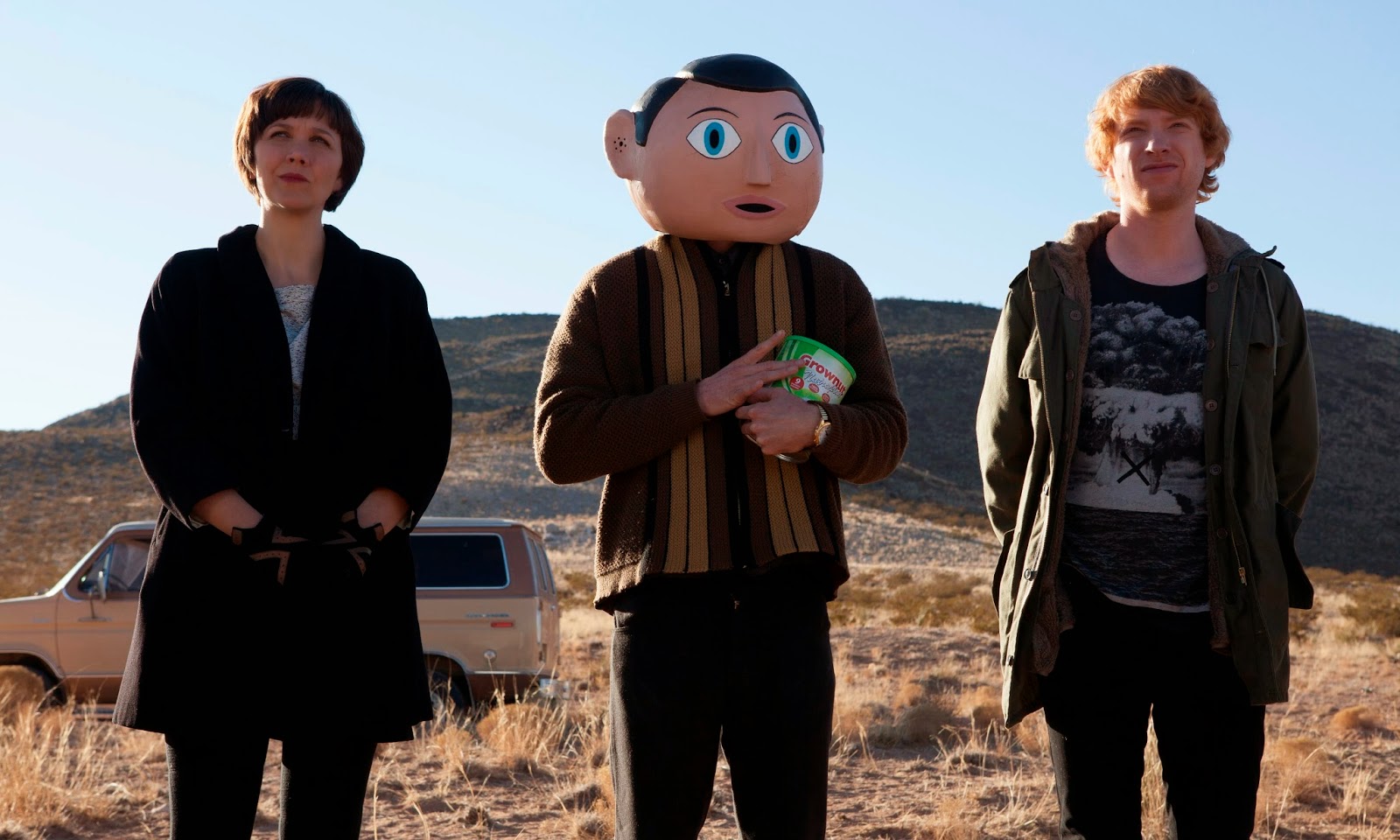 Frank easily earns the dunce cap of the screener pile, if he can wear it atop his silly over-sized head, that is! This annoying comedy banks on a one-note sight gag of Michael Fassbender running around in a giant papier-mâché smiley face and singing some tunes and it deflates almost immediately.

Frank reeks of hipster as Domhnall Gleeson’s aspiring songwriter Jon gets a gig with a band and tries to usher them into some social media phenomenon with their idiosyncratic and noncommercial music. The problem with Frank, though, is that everyone in the film hovers around Frank as if he’s some divine prophet or the next John Lennon, but Frank isn’t remotely interesting and his music, frankly, stinks. The film aspires to be a commentary on cultural innovation and a celebration of misfits, but the ruse of Frank’s giant head completely wastes Fassbender’s talent while Gleeson, who was so effective in Anna Karenina, struggles to carry the film and rivals Frank’s painted face for limited dramatic range. Frank might have been a great short, but it’s good for exactly one chuckle, and that’s about it.

Other additions to the screener pile include the reviewed-in-length The Homesman, plus some of the year’s best films, Wild, Birdman, A Most Wanted Man, and Actress. More to come!

What films are you catching up on?