Christmas comes early, which is a blessing for Oscar fans in a year that seems particularly back-loaded. 2014 has ample strong films to offer, but this year’s race is too busy and too close to call, especially with so many seemingly viable contenders skipping the fall festival circuit and opening on Christmas Day. Into the Woods, Unbroken, Big Eyes, Selma, and American Sniper could presumably count for half the Best Picture line-up, and only a week ago it seemed like few of us could suss out the awards race until the time came to carve the turkey.


Luckily, though, Selma screened in its (not fully complete) entirely at the AFI fest earlier this month instead of as the 30-minute sneak peek that was originally slated. Clint Eastwood’s American Sniper played that same day at AFI as the festival’s “secret screening,” while JC Chandor’s A Most Violent Year kicked off the AFI awards chatter and then Tim Burton’s Big Eyes, long presumed an Oscar hopeful for Amy Adams, screened in LA later in the week. At least two of these films are clear and one remains a question mark, while one is on the way out. 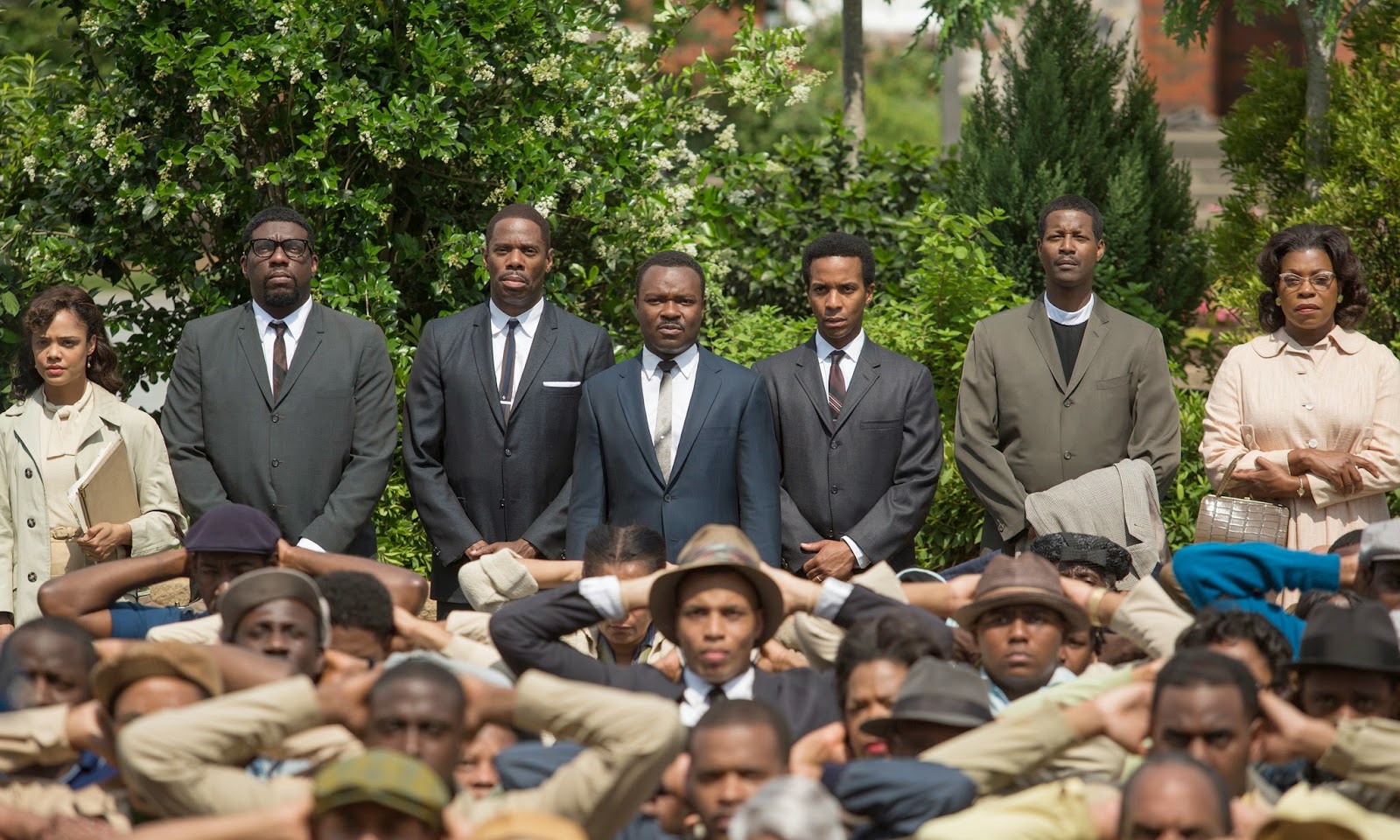 Selma seems to be in the clear, since word on the film is verystrong, albeit not-unanimously so. Almost all the reports from the festival praise the scope and resonance of Ava DuVernay’s film and the acclaim for David Oyelowo is virtually unanimous. Word on the film itself, while verystrong, isn’t across the board enthusiasm, for many reports from the screening cite a shakystart and some typical period film speechiness as defects, although one needs to dig for mild criticisms within reviews that are still very positive and encouraging.
Selma’s strong reception at AFI bodes well for the crowded Christmas Day release, since the hype will give the comparatively smaller film the boost it needs. Selma’s also bound to receive thunderous support at the box office from African Americans, who continually prove that there is a demand to see diverse stars and stories by showing up at the theatre on opening weekend and making sleeper hits out of even the most under-the-radar films. (E.g. the work of Tyler Perry.) Add the specialty/smarthouse audiences and awards-season hype, and Selma could handily gain the foothold that I (and others) assumed it would lose amidst bigger and louder films. 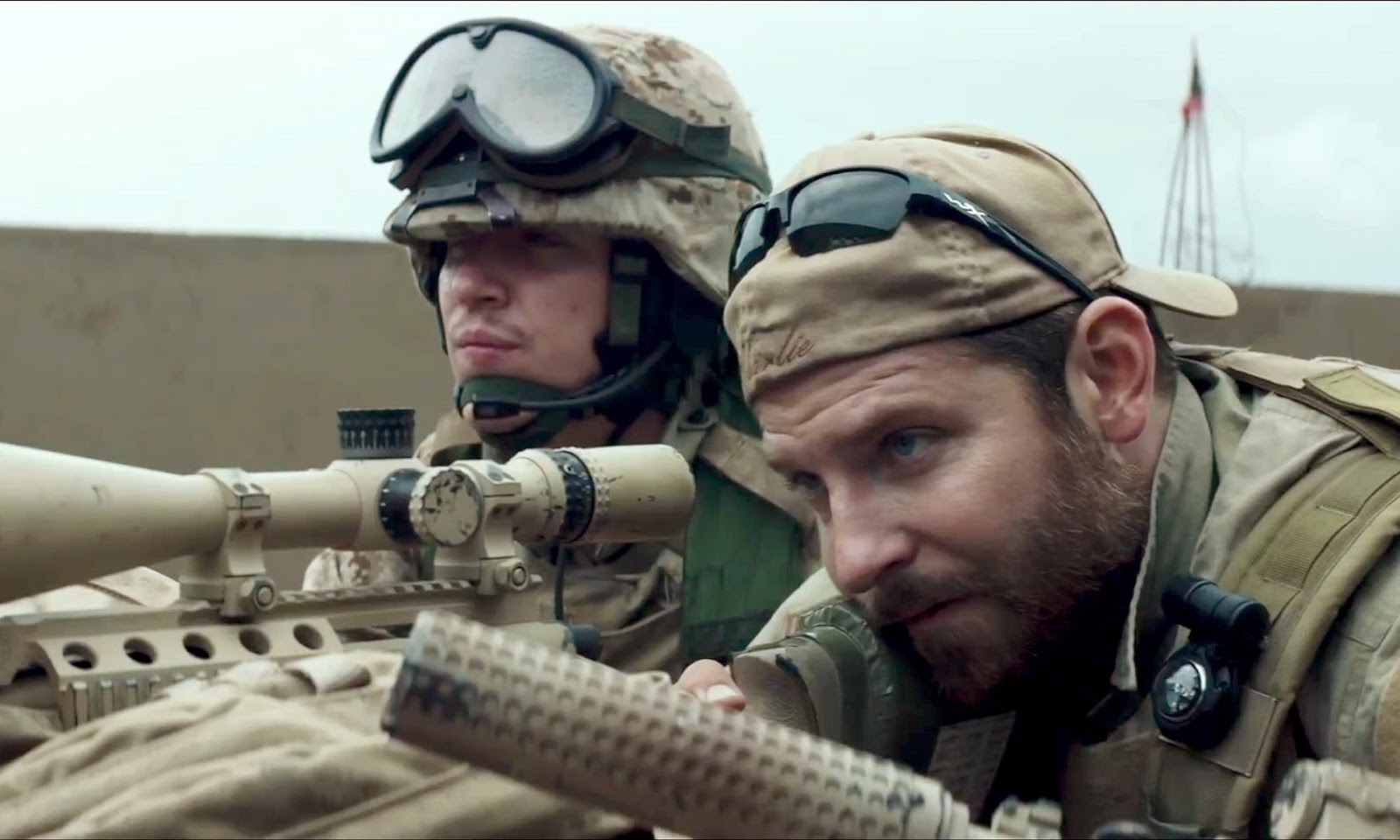 Clint Eastwood’s American Sniper is still a bit murky compared to Selma, although the film also won considerable praise. The best praise for American Sniper isn’t necessarily enough for Mr. Eastwood to set his sights on Oscar number five, since opinions on the film vary so much with some critics call it Eastwood’s “best in a number of years” to “bythe numbers and predictable,” and even likening the film to “watching a suspenseful but highly repetitive video game.” In a strong year that will has the biggest Christmas glut in recent memory. Recall that established contenders Wild, Foxcatcher, and The Imitation game will be expanding then while films like Still Alice and Mr. Turner, already the focus of conversation, will be reaping awards benefits in circles where people can actually see the films. Sniper, at the very least, seems to have deemed Clint after the disastrous Jersey Boys.

Well, it seems as if 2014 won’t be the battle between the overdue redheads. Word on Tim Burton’s Big Eyes isn’t especially good and while the reviews are almost universally kind to Amy Adams, they don’t offer the kind of enthusiasm that brings an Oscar. (Even the industry’s biggest trade makes a paint by numbers shot at Burton’s film.) Still, most commentators end on an optimistic note for Amy Adams by citing the dearth of Best Actress contenders beyond Julianne Moore, Reese Witherspoon, Rosamund Pike, and Felicity Jones, so there’s still hope for Adams to hang around on the outskirts and maybe land another nomination. Although Hilary Swank’s faring a bit better with The Homesman, which has played consistently well(ish) at festivals. Expect Big Eyes to be one of those Hyde Park on Hudson’s also-rans that earns a Golden Globe nomination and little else.

Most heads were looking at AFI to see what would happen with JC Chandor’s A Most Violent Year, since the latest film from the maverick All is Lost director was the major world premiere of the festival. It, like Selma, drew some major rave reviews with especially strong props for Oscar Isaac and Jessica Chastain, the latter of whom probably has the better chance for a nomination given the comparative thinness of the Best Supporting Actress race to the Best Actor field. Chastain finds herself in an awkward position, though, since her strongly praised work in Interstellar once again puts her in direct competition with herself. Chastain is one of the most prolific actors of the moment, so she’s no stranger to handling multiple commitments, but the awards race of 2014 features an unfortunate blip in the report that Interstellar director Christopher Nolan has contractually barred Chastain from campaigning for any film but his. This puts Chastain and A Most Violent Year in a sticky situation since, as the New York Times explains, she’s the biggest star in the comparably smaller film, so Violent arguably needs her help to reach audiences. The critics who have seen Violent are generally behind the film, though, and distributor A24 is proving itself one of the shrewdest boutique players in the US. Violent marks their first legit chance to enter the Oscar race, and the sassy clip they recently released showcasing Chastain and only Chastain amidst the Interstellar buzz shows that they demand respect.

Finally, the two biggest Christmas releases, Into the Woods and Unbroken, still feel like heavy players even though they have yet to screen. Unbroken premieres in Australia on November 17th, so we’ll cease speculation until then, but it’s a smart move on Angelina Jolie to open the film away from Oscar onlookers and let Unbroken be assessed on its own merit. The recently released final trailer for Into the Woods, alternatively, looks very promising, especially Meryl Streep’s performance and the arts/crafts work, but the trailer hardly showcases anything for Emily Blunt, who will be competing as the film’s lead in a weak field, which looks to be even weaker now that Big Eyes has premiered. The good news, though, is that Roadside Attractions is releasing Canada’s Oscar bid Mommy in 2014 after all, so Anne Dorval might actually have a chance to break into the race!

Almost put: Selma*
What about: Into the Woods, Mr. Turner, Still Alice*, Whiplash

Almost put: Unbroken
What about: Foxcatcher, The Grand Budapest Hotel, The Imitation Game , Into the Woods, Whiplash*

Almost put: Wild
What about: The Grand Budapest Hotel,  The Imitation Game, Into the Woods, Selma*,  Snowpiercer

The Grand Budapest Hotel
The Imitation Game
Into the Woods
Maleficent
Mr. Turner

What about: Belle, Big Eyes, Exodus, Inherent Vice, Magic in the Moonlight, Selma*

What about: The Judge, The Lego Movie*,The Theory of Everything, Under the Skin

What about: Birdman*,  Edge of Tomorrow, Fury, Get on Up, The Hobbit 3,  Snowpiercer

What about: The Lego Movie,  Snowpiercer, Unbroken

Edge of Tomorrow
Godzilla
Guardians of the Galaxy
Interstellar
Maleficent

What about: Birdman*, Dawn of the Planet of the Apes, Noah,  Snowpiercer, Transformers 4

Into the Woods
Maleficent
Unbroken

What about: Birdman*, Foxcatcher, The Grand Budapest Hotel, The Hobbit 3, Mr. Turner, Snowpiercer, X-Men: Days of Future Past

“Lost Stars,” Begin Again
“A Step You Can’t Take Back,” Begin Again
“Rainbows,” Into the Woods
“Everything is Awesome,” The Lego Movie
“What is Love?,” Rio 2

Almost put: The Case Against 8*
What about: Tales of the Grim Sleeper, Red Army, Virunga
Eligible films

Almost put: Beloved Sisters - Germany*
List of submitted films on Wikipedia.
*Please see The Film Experience for the best and most comprehensive coverage on this category.

What about: Rocks in My Pocket, How to Train Your Dragon 2
List of eligible films.

The Bigger Picture*
Coda*
Feast
Footprints*
Me and My Moulton*
Also shortlisted:  Duet*, The Numberlys*, A Single Life*, Symphony No. 42 (seen it, no review)*.


What are your current Oscar predictions?