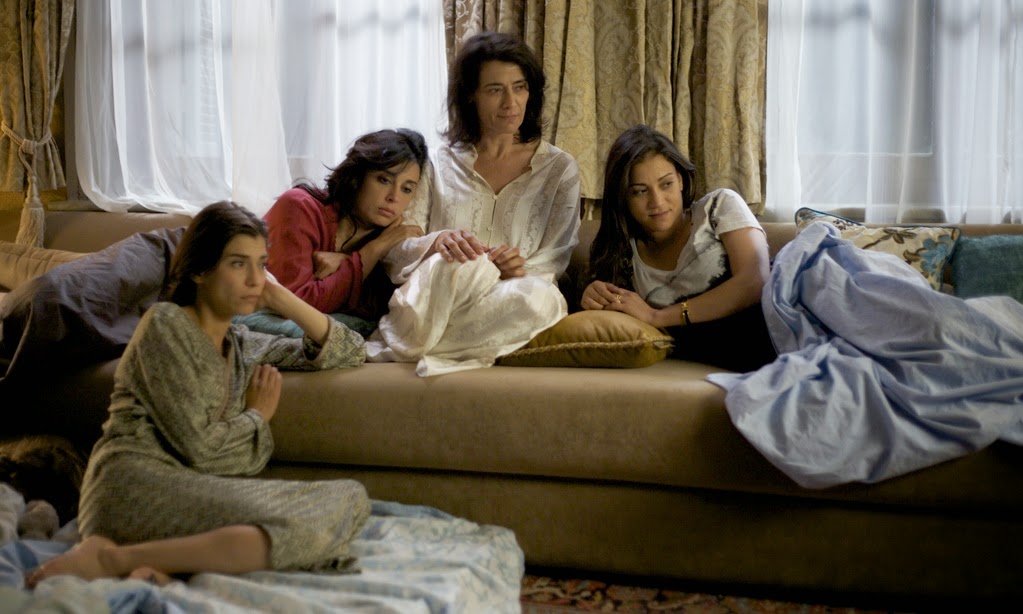 The dysfunctional family funeral comedy isn’t simply an American phenomenon. The French-Lebanese co-pro Rock the Casbah comes on the heels of American flicks like August: Osage County and This is Where I Leave You, and this fun piece of contemporary world cinema is just as good. Rock the Casbah is a fine ensemble dramedy that tells a tale that feels both specific to the wacky characters of the wealthy Moroccan family mourning the death of their patriarch and universal thanks to the warmth and humour that brings the film to life.

Rock the Casbah tips its hat to the death of the father, Moulay, played by the great Omar Sharif, but this film by writer/director Laïla Marrakchi is really a jubilant celebration of women as the quintet of actresses at the heart of the film offer a funny, poignant, and lively portrait of mothers and daughters. The film stars Morjana Alaoui as Sofia, the estranged daughter who returns to her picturesque home of Tangiers after fleeing for a career in American movies. Sofia’s very different from her two older sisters, the conservative and pious sister Kenza (played by Incendies’ Lubna Azabal) and the bubbly sexpot Miriam (played by Where Do We Go Now?’s director/star Nadine Labaki). Family and friends mostly draw comparisons to the fourth sister, long deceased, who’s as much of a ghost in the room as the departed father is. Holding the family together are the reserved, quiet mother Aicha (Hiam Abbas, The Visitor) and Yacout (Raouia), the family maid and long-time mistress of Moulay.

The strong performances easily drive the film as Marrakchi lets the actors work with her humorous and talky script. Rock the Casbah, like many an ensemble film, is rather dialogue-heavy, but the strength of the actors easily carries the story through tumultuous moments of both heartache and humour. Labaki is especially good as the neurotic Miriam, and Toronto audiences who voted Where Do Go Now? as the People’s Choice of TIFF’11 will appreciate the sass and humour of her comedic performance. Warm cinematography by Robin Coudert makes this colourful pic extra sunny, but the bubbly humour of Marrakchi’s script and the sparkling make Casbah extra sunny.

Rock the Casbah screens at Toronto's Regent Park Film Festival on Sat. Nov. 22 at 9:00 pm.
Tickets are free and may be reserved here.