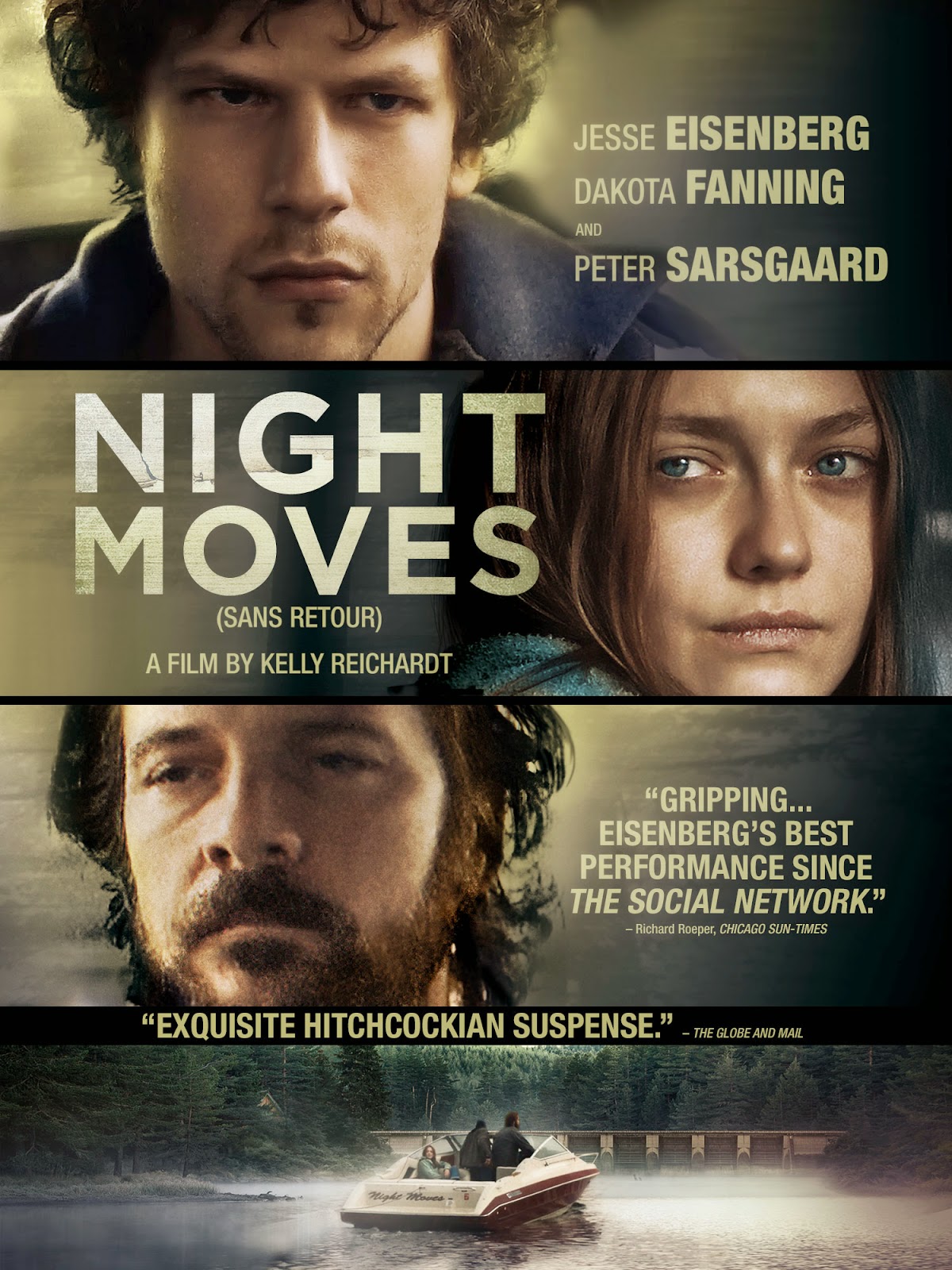 One of the year’s best indies comes to home video today. Night Moves, Kelly Reichardt’s methodical eco-thriller, is a simmering drama about the moral consequences of radical activism. I really liked this one… it starts with a slow burn and then swells with a noir-ish tension as the eco-terrorists played by  Jesse Eisenberg, Dakota Fanning, and Peter Sarsgaard  wrestle with the gravity of their actions. (Read the full review here.) Night Moves hits home video today from TVA Films and Pacific Northwest Pictures, but if you want a copy of the film on DVD, you are in luck! Answer the trivia below for your chance to win!


Synopsis: Night Moves follows three passionate environmentalists whose homegrown plot to blow up a controversial dam unravels into a journey of doubt, paranoia and unintended consequences. Set against the threatened natural beauty of Oregon, the film tracks quiet organic farmer Josh, high society dropout Dena, and adrenaline-driven ex-Marine Harmon as they prepare, carry out, and then experience the shocking fallout of what they hoped would be an attention-grabbing act of sabotage. As the tension mounts, the film touches on provocative moral questions about the underside of idealism and the modern collision of values and violence. But the story also veers increasingly inward, into the maelstrom of remorse, fear and panic that seeps through Josh, Dena and Harmon’s lives.

Thanks to TVA Films and Pacific Northwest Pictures, Cinemablographer.com has three (3) copies of Night Moves to give away! All you have to do to enter is answer the following question:

In Night Moves, in what year does Dena say the world’s oceans will be empty?

(Need a hint? Watch the trailer below and find out!)

Send your answer and full mailing address* to contests@cinemablographer.com with the subject “Night Moves.”
(Limit one email entry per person please. Multiple entries will be discarded.)