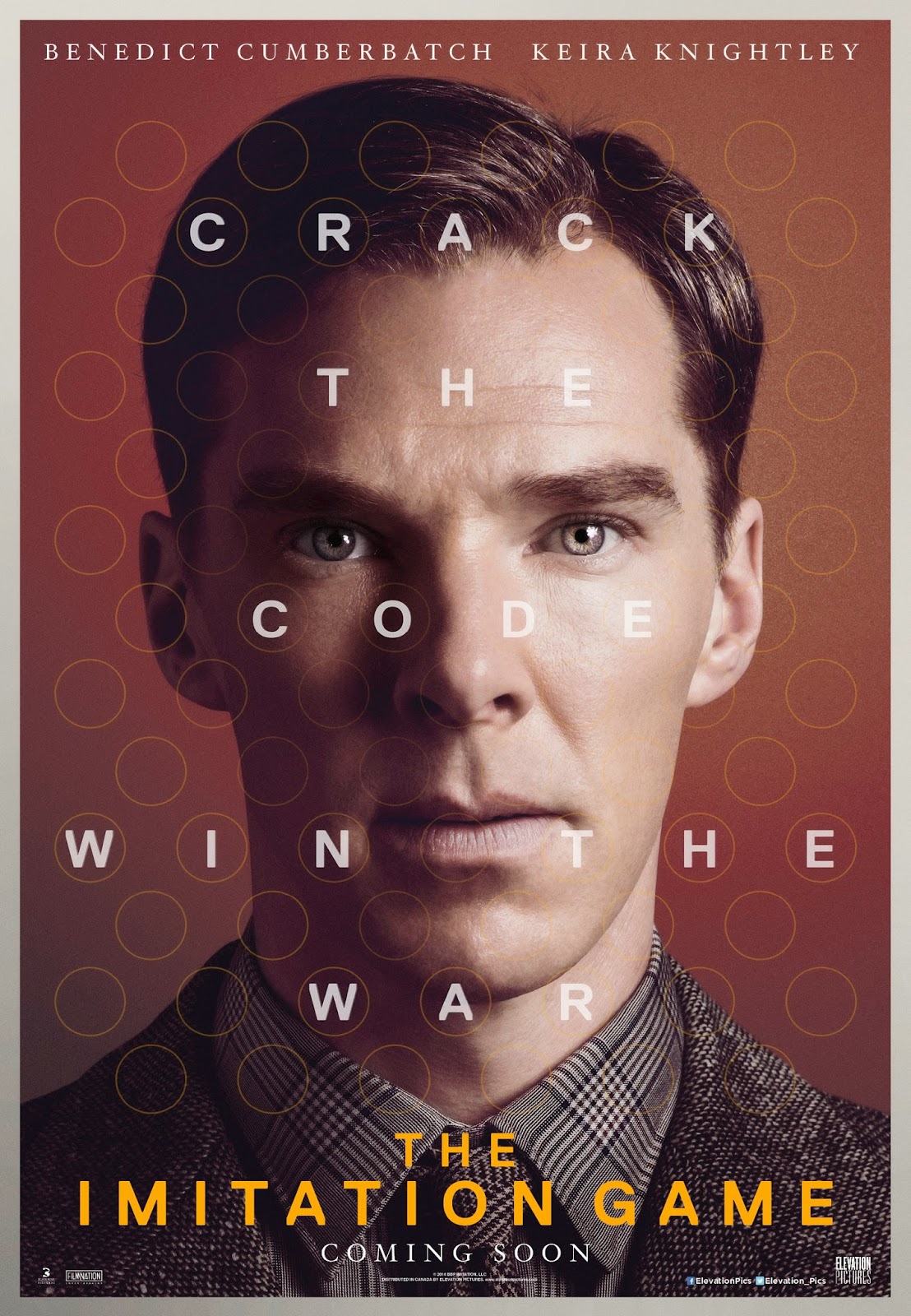 Awards junkies and festival fans must have The Imitation Game on their radars this holiday season. The Imitation Game, which won the People’s Choice Award at this year’s Toronto International Film Festival this year, hits theatres this month after a thunderous run on the festival circuit where critics and audiences lauded this inspiring dramatization of British mathematician Alan Turing (Benedict Cumberbatch, in a tour-de-force performance) and his fanatical drive to crack an unbreakable Nazi war code. The Imitation Game opens in Canadian theatres beginning December 12 from Elevation Pictures, but if you live in Ottawa, Halifax, or Winnipeg and you want a chance to see The Imitation Game before it hits theatres, you are in luck! Answer the trivia below for your chance to win!


Synopsis: During the winter of 1952, British authorities entered the home of mathematician, cryptanalyst and war hero Alan Turing (Benedict Cumberbatch) to investigate a reported burglary. They instead ended up arresting Turing himself on charges of ‘gross indecency’, an accusation that would lead to his devastating conviction for the criminal offense of homosexuality – little did officials know, they were actually incriminating the pioneer of modern-day computing. Famously leading a motley group of scholars, linguists, chess champions and intelligence officers, he was credited with cracking the so-called unbreakable codes of Germany’s World War II Enigma machine. An intense and haunting portrayal of a brilliant, complicated man, The Imitation Game follows a genius who under nail-biting pressure helped to shorten the war and, in turn, save thousands of lives. Directed by Morten Tyldum with a screenplay by Graham Moore, the film stars Benedict Cumberbatch, Keira Knightley, Matthew Goode, Rory Kinnear, Allen Leech, Matthew Beard, Charles Dance and Mark Strong.

Thanks to Elevation Pictures, Cinemablographer.com has ten (10) double passes to the sneak peek of The Imitation Game to give away in Ottawa, Halifax, and Winnipeg at the following screenings:

The Imitation Game is the second film starring Benedict Cumberbatch to win the People’s Choice Award at TIFF. What other Cumberbatch film holds the honour?

Send your answer to contests@cinemablographer.com with the subject “Imitation Game –[CITY]”
(Limit one email entry per person please. Multiple entries will be discarded.)
***Don’t forget to note your city!***

Contest closes Monday, Dec. 8 at noon EST.
The Imitation Game opens in theatres beginning Dec. 12 from Elevation Pictures.
It opens in Ottawa Dec. 26 at The ByTowne.