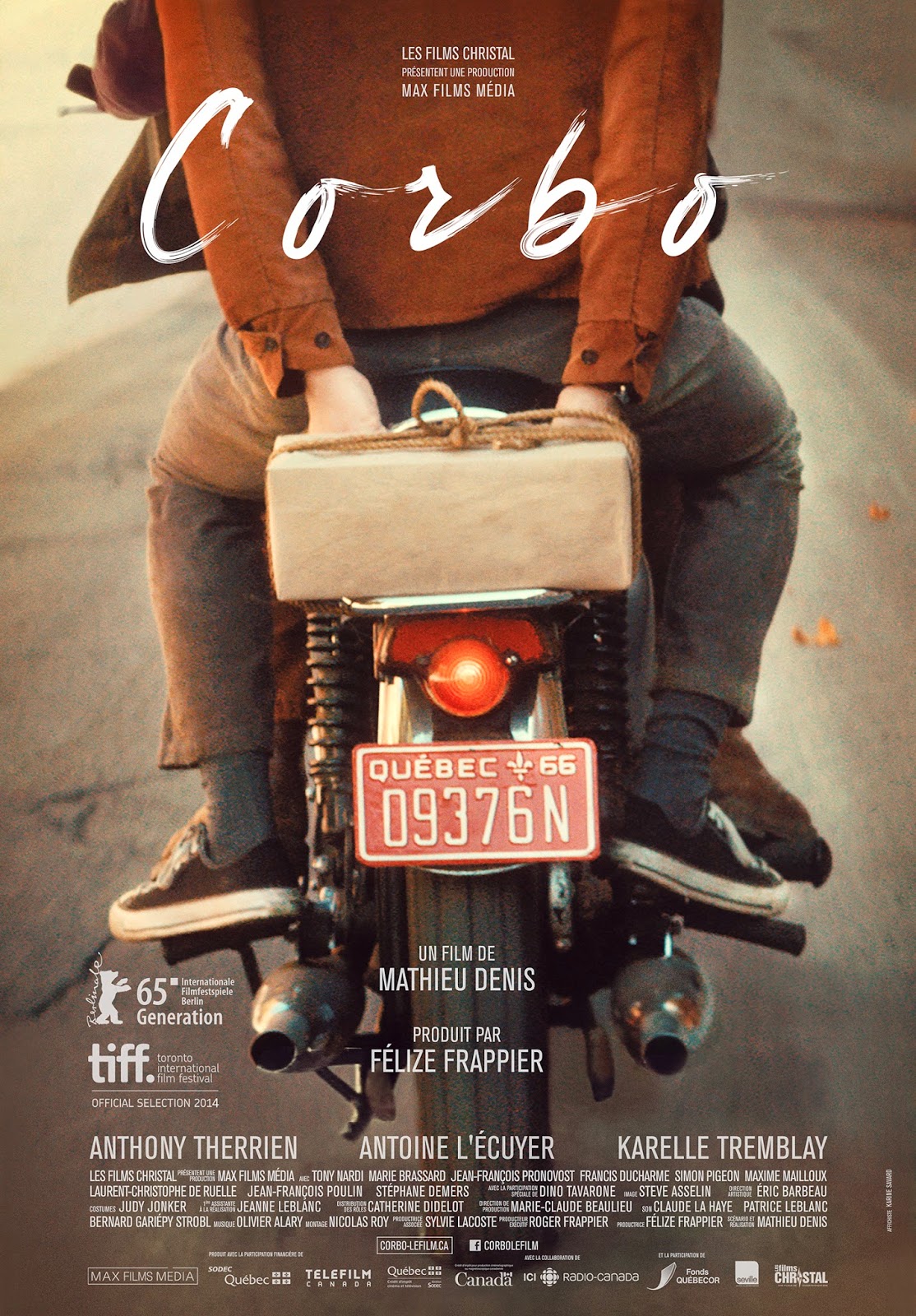 Les Films Séville has released the first trailer for the powerful upcoming FLQ drama Corbo, which recently earned a well-deserved spot on TIFF’s annual list of Canada’s Top Ten films. (TIFF capsule review here. I'm a big fan of the film.) The drama is a potent look at the events leading up to one of the most tumultuous episodes in Canadian history. This debut feature by Mathieu Denis is one of the breakout Canadian debuts of the year and it makes its international premiere in the Generation line-up at the Berlin Film Festival next year as one of several films repping Canada at the Berlinale.