The deadline for voting looms! This week’s catch-up features some films long overdue for review: 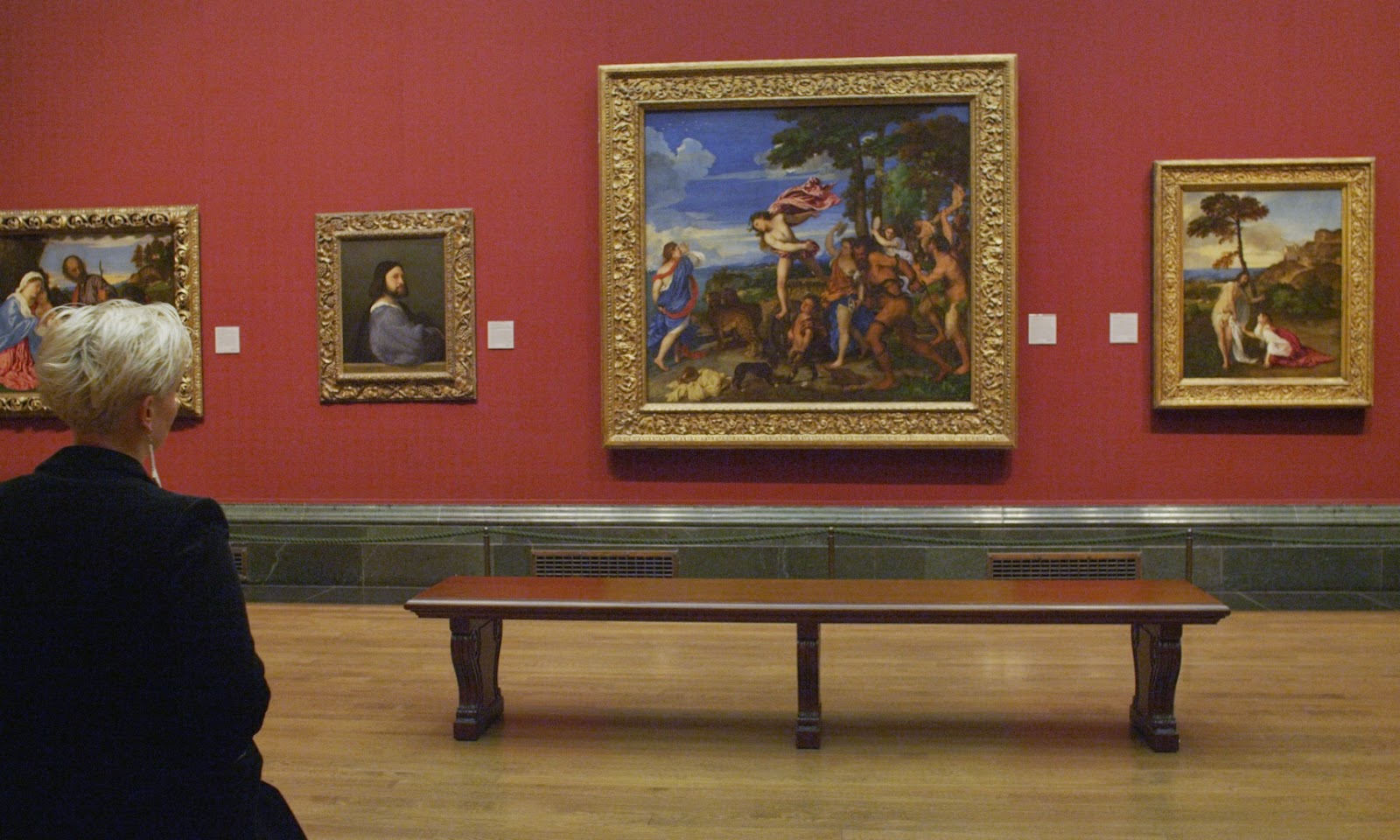 I usually love trips to the museum, but I generally only last two hours before I stop absorbing what’s around me and stop appreciating the wonderful works of art on display. National Gallery proves no exception to this rule, although the documentary institution of Fred Wiseman showcases the art of observational cinema in its fullest form. It’s just a shame that National Gallery admires the paintings and the inner workings of London’s National Gallery for three full hours. National Gallery turns a great experience into a long drawn out affair, yet Wiseman’s attention to form and meaning ensures that it never feels as if one is watching paint dry.

To call National Gallery a showcase of the paintings within the gallery almost feels like too essentialist a qualifier, since Wiseman creates the Gallery itself as a living, breathing entity. Static shots observe the hustle bustle of Londoners and tourists as they take in some great masterworks, but much of the film trains its eye on the blood vessels of the Gallery, the curators, as they share their passion with the masses and educate them about art. National Gallery benefits greatly from having some curators who are master storytellers, for their flare for narration and the bravado of their own observations illuminates some foundational dynamics of the art on the walls and of the gallery’s role in bringing art to the public. (One of the female curators delivers two or three lessons and each one is delightfully engaging.) Even better, though, are the shots of the Gallery’s vital organs pumping invisibly behind the skin of paintings and frames. National Gallery illuminates the art and science of art restoration, as well as philosophical confrontations within the Gallery as tensions of old-school ideology and contemporary pragmatism debate how best to ensure the Gallery’s survival.

Wiseman’s argument never really comes to fruition as National Gallery increasingly likens itself to the experience of observing a painting within the ambient sound of the gallery and engaging in a quick game of sense making, though, so the film’s over-length almost feels gratuitous as it creates a life cycle of breathing art. There’s so much beautiful art to take in and savour—both on the walls of the gallery and in the frames of the film—that National Gallery proves exhausting. Like all good museums and galleries, however, a repeat trip to the Gallery probably yields great rewards.


National Gallery screens in Ottawa at The ByTowne Dec. 17-18.

And voting duties even included two rentals this week. Shame on me for waiting so long to see these films! 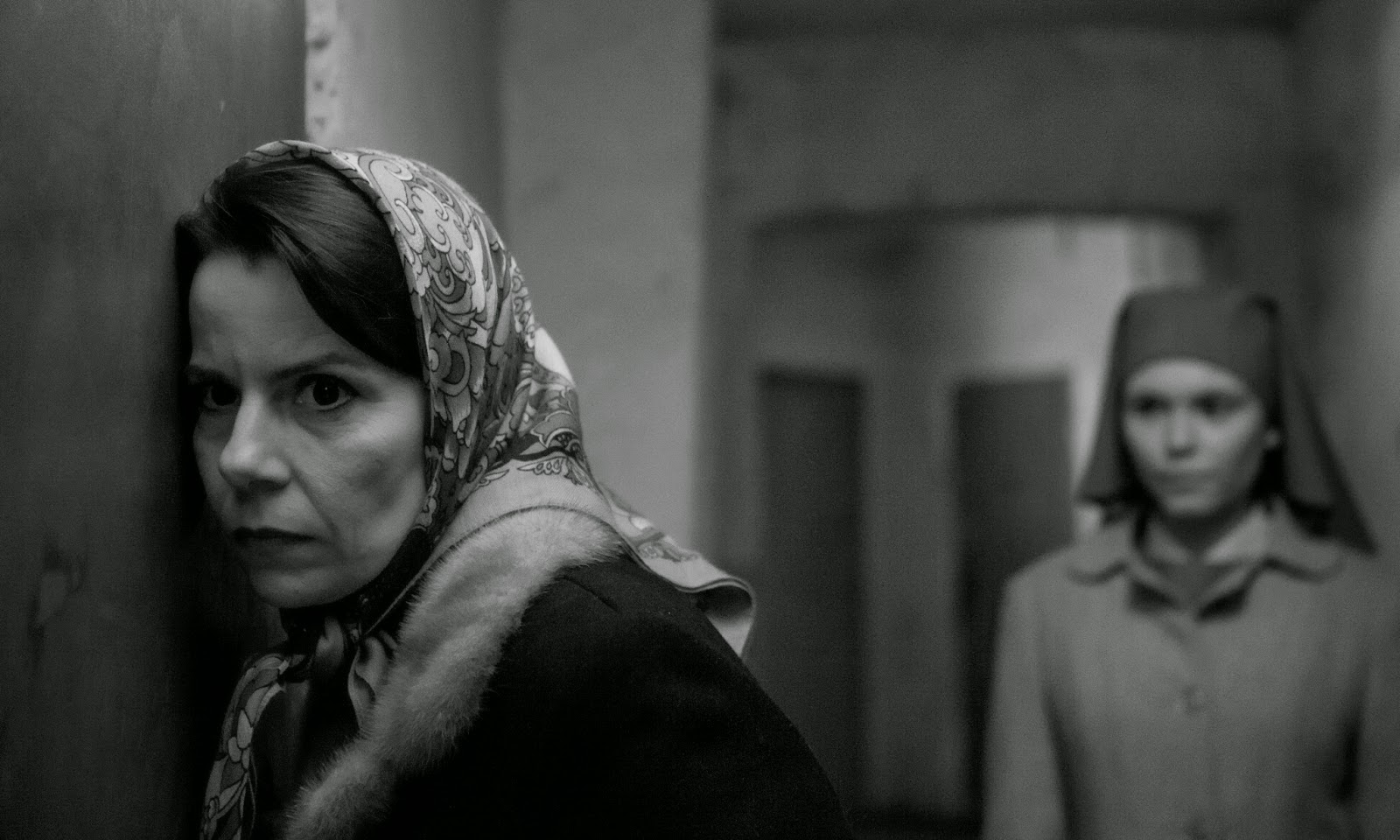 Ida, Poland’s Oscar contender for Best Foreign Language Film (and arguably the frontrunner in the category), is so beguiling and masterful that it’s literally the kind of film that one watches twice in a row. At a brisk 75 minutes plus credits, back-to-back screenings of Ida pose a hearty double-shot for cinephiles. This quietly devastating film by Pawel Pawlikowski (My Summer of Love, The Woman in the Fifth), like National Gallery, demands an active viewer eager to sample and taste the elements of the film frame like a deep gulp of red wine that one swishes around one’s mouth to savour all the notes and fullness of its body.

The exquisite deep focus black-and-white cinematography by Ryszard Lenczewski and Lukasz Zal uses Academy ratio in its most dynamic form as negative space blurs with the subdued and restrained lead performance by Agata Trezbuchowska as Anna, a young woman ready to take her vows to become a nun, and one becomes a silent observer to the devastating effects of war as Anna masks herself in her surroundings. The star of Ida could easily be a banister or a windshield since Trezbuchowska's performance is so mute, but the engaging compositions situate the onlooker as someone unsure of her position in the world and searching for place and meaning. As Anna learns of her secret past from a long lost relative (Agata Kulesza), Ida takes the viewer on an art-house road trip back to one of history’s darkest chapters—and the atmospheric cinematography ensures that Ida’s history is horrifically dark—and then brings the heroine up through the light in a quietly unsettling turn of events.

Trezbuchowska is quietly compelling, but Kulesza is a ferocious fury of pain and anger as she channels enough pent-up bitterness, regret, and rage for them both. The film almost suffers whenever Pawilkowski opts to focus on the younger Agata’s disconnection to her world, but the quiet, mysterious presence of Anna enshrouds the viewer much like the shadows within the film cloak everything in a ghastly darkness. Ida is dense and beautiful in the coldest of ways, but it’s impossible not to be affected by this film, and one wants to confront the many impressions of Ida again and again.

Calvary
(Ireland/UK, 100 min.)
Written and directed by John Michael McDonough
Starring: Brendan Gleeson, Kelly Reilly, Chris O’Dowd, Aiden Gillen, Dylan Moran, -Josée Croze
What kind of man accepts death in good faith? Father James (Brendan Gleeson) finds himself in an existential and moral crisis after one of his parishioners confesses that he aims to kill the priest within one week. Father James, shaken by the boldness of the man’s confession, seems to look at the death as a kind of penance, or dutiful suffering, that he owes to the cloth. His commitment to the church also leads him to question whether he would be compromising his oath to protect the secrets of the faithful should he go to the police and share the information given to him within the sacred walls of the booth, so Calvary builds a complicated morality play as Father James becomes a willing victim in order to uphold the sacredness of his vocation.

The priest, guided by faith, visits the various townspeople of his small churchgoing seaside town as Calvary builds a methodical and darkly amusing murder mystery as Father James’s suspicions reveal small town prejudices and reveal fissures in the church’s hold on faith. Gleeson offers a compelling performance while the black comedy of the script by John Michael McDonough devises a frank, but fair exploration of the contemporary church. The unwavering strength of Father James ultimately reaffirms the church’s foundational philosophy, though, so this dark and funny test of faith is one of the more provocative tales of faith on film of late.

Screener follies are coming to an end as the deadline for voting looms. The Tale of Princess Kaguya is up next and, hopefully, A Most Violent Year! I'll been lacking in Can Con lately, though, so I'll hope to remedy that with Heartbeat before moving on to all the Year in Review lists starting next week!