Goin' Up the Road

Don’t Get Killed in Alaska 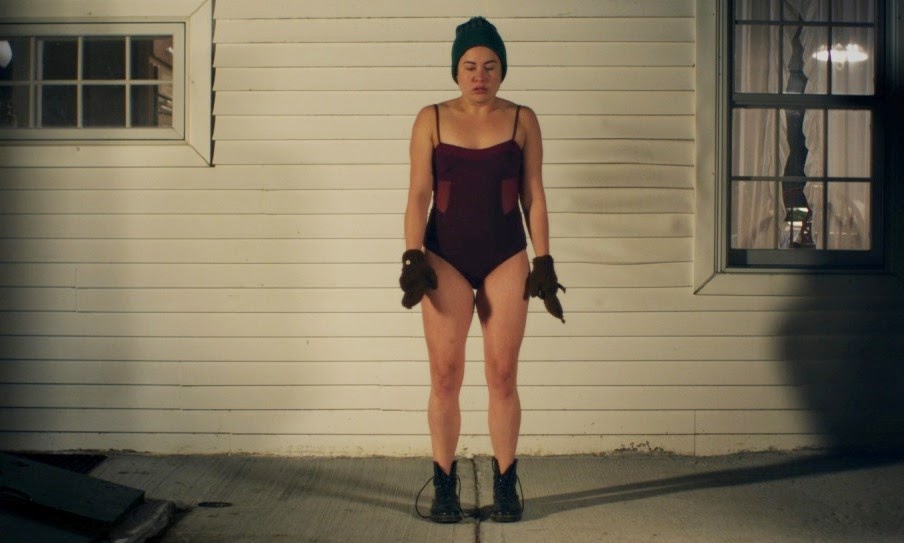 I’m sorry that Alaska is a film that I lost amidst the November-December screener flood. It’s a lovely and remarkably subtle family drama from up-and-coming filmmaker Bill Taylor (The Young Prime Minister). The film jumps into the life of twenty-seven-year-old wanderer Liney (Tommie Amber Pirie, The Birder)  as she visits three family members to repair broken ties and scrounge for money so that she and her boyfriend, Dan (Ben Lewis), may schlep up to Alaska and earn a living working the fishing boats during the frigid northern winter. Canucks went down the road in films of the 70s, but Liney's goin' up the road to better her prospects.

Don’t Get Killed in Alaska is disarming with its simplicity. It’s essentially three conversations played in succession with restrained interludes of Liney travelling through the GTA on a Coach Canada bus. A visit with her mother (a heartbreaking Rosemary Dunsmore) in her lonely wood-panelled home introduces a woman defined by regrets. The second trip moves Liney into the thick of Toronto, distinctly shot as a busy concrete jungle of girders and glass, as she visits her uptight brother (Gianpaolo Venuta), a lawyer and foodie, whose ambition and drive are polar opposites of her own. The third and final sequence brings Liney out to cow country as she visits her modest father (Oliver Dennis) and revisits her roots on the family farm, which has a beautifully rosy slice-of-life atmosphere. Taylor and DP Ben Lichty strikingly capture each local as a character of its own, and each of three acts markedly sets Liney within three disparate psychologies as the habitats in which her relations find themselves as effective markers of their personalities and values.

Taylor also finds nice metaphors in the beverages offered to Liney during the visits, as she goes from sharing screw-top rosé with her mother to red wine in poncey glasses with her brother to good-old Canadian brews with her dad. The methods and invitations to serve also highlight the philosophies that each family member has to share: “Get your own beer” might be the most efficient parenting advice a dad has to offer after a hard day’s work on the farm. Don’t Get Killed in Alaska efficiently interconnects people and places to show the tensions that brought Liney to her current dilemma and pull her in various directions as she struggles to reconcile her family’s unhappiness with her own.

The three acts build a family broken and divided by bitterness. The first act might be the strongest as the lonely old mother knocks back glass upon glass of rosé and tries to make amends with her. Dunsmore is most up to the task amongst Liney’s onscreen relations for carrying the understated gravitas of the divisions and rootlessness dividing and defining families today.

Taylor situates Liney’s personal struggle within the greater battle of the Occupy Movement as news of the Movement’s momentum creeps in over the radio as Liney and Dan drive away from the Maritimes and escape their troubles. Don’t Get Killed in Alaska speaks of personal and collective solutions to the struggle, aligning Liney’s story within their shared action of the Occupiers, but it ultimately suggests that collective catharsis comes with each person finding himself or herself and, in turn, working to repair the smaller units that form the greater collective.

The motif of the journey along the road also locates Don’t Get Killed in Alaska within the greater psyche of Canadian cinema and literature that suggests that life will be better elsewhere. As Liney runs from New Brunswick to Toronto (much like Hank and Joe went down the road decades ago), she finds that no easy answers for life lie within either the booming Canadian metropolis or its outlying areas. Just where life’s answers are to be found is a mystery, and Taylor’s delicately understated screenplay leaves Liney’s backstory ambiguous and her future open-ended. A strong performance by Pirie anchors Don’t Get Killed in Alaska every step of the way. Her quietly careworn Liney shows the strain and exhaustion that speaks to the experiences of young adults of today as they build a future by hopping from place to place and living hand to mouth, and the subtle resilience and grit of her character holds an unwavering light for the future. This poignant film finds power in its understated simplicty.

Don’t Get Killed in Alaska is now available on home video.