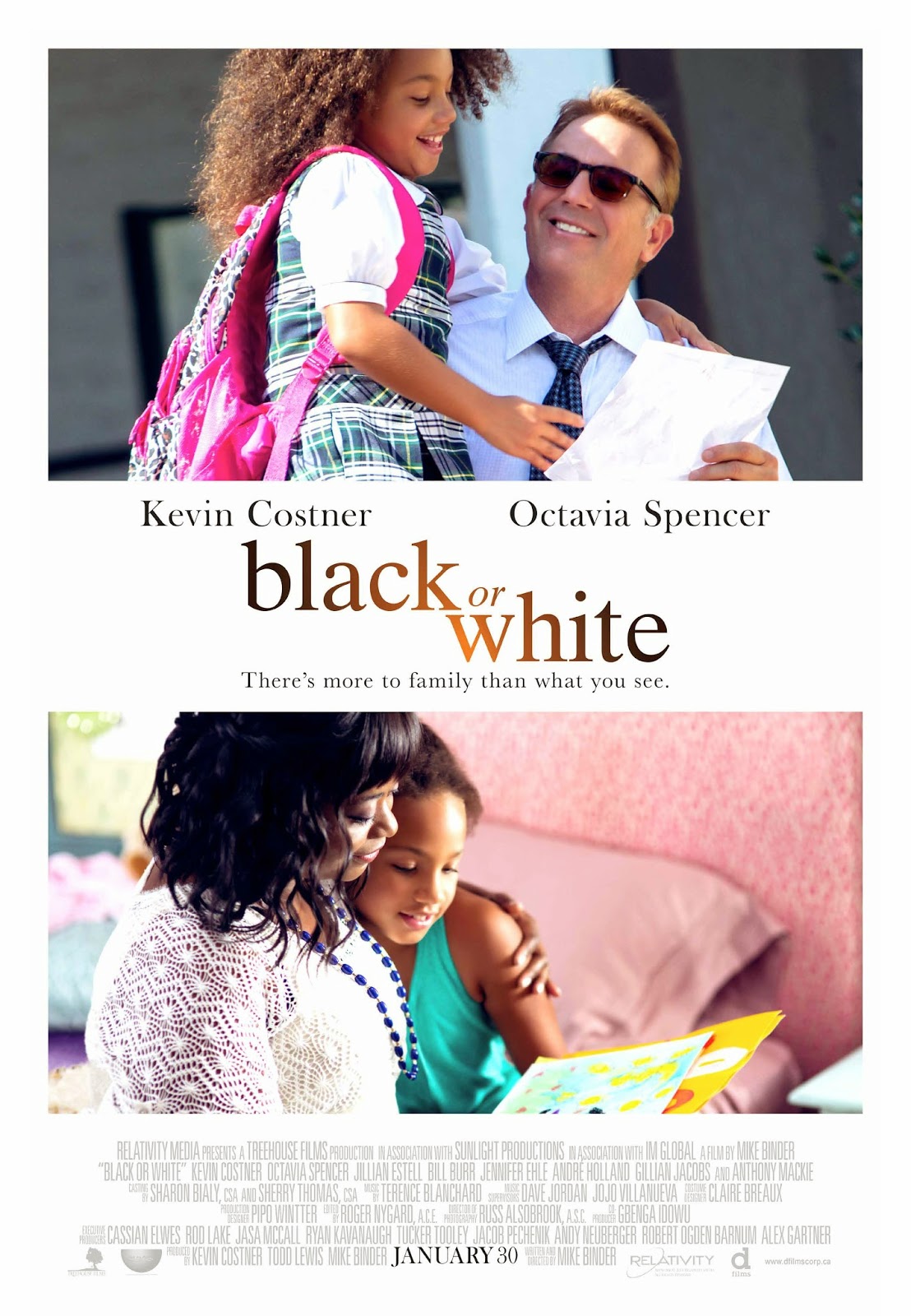 Contest time! Oscar winners Kevin Costner and Octavia Spencer star in the upcoming film Black or White from director Mike Binder. Black or White opens in theatres January 30th from D Films, but if you live in Toronto, Vancouver, or Montreal and you want to see the film before it hits theatres, you are in luck! Answer the trivia below for your chance to win tickets to a sneak peek.


Synopsis: Black or White is the story of a grandfather (Academy Award® winner Kevin Costner) who is suddenly left to care for his beloved granddaughter. When her paternal grandmother (Academy Award® winner Octavia Spencer) seeks custody with the help of her brother (Anthony Mackie), the little girl is torn between two families who love her deeply. With the best intentions at heart, both families fight for what they feel is right and are soon forced to confront their true feelings about race, forgiveness, and understanding. Anchored by an all-star cast and based on real events, the movie is a look at two seemingly different worlds, in which nothing is as simple as black or white.

Thanks to D Films, Cinemablographer.com has ten (10) double passes to the sneak peek of Black or White at the following screenings:

Kevin Costner previously collaborated with Black or White director Mike Binder on which of the following films?

(Hint: The answer’s in the trailer!)

Send your answer to contests@cinemablographer.com with the subject “Black or White –[CITY]”
(Limit one email entry per person please. Multiple entries will be discarded.)
***Don’t forget to note your city!***

Contest closes Thursday, Jan. 22 at 9am EST.
Black or White opens in Canada on January 30th from D Films.