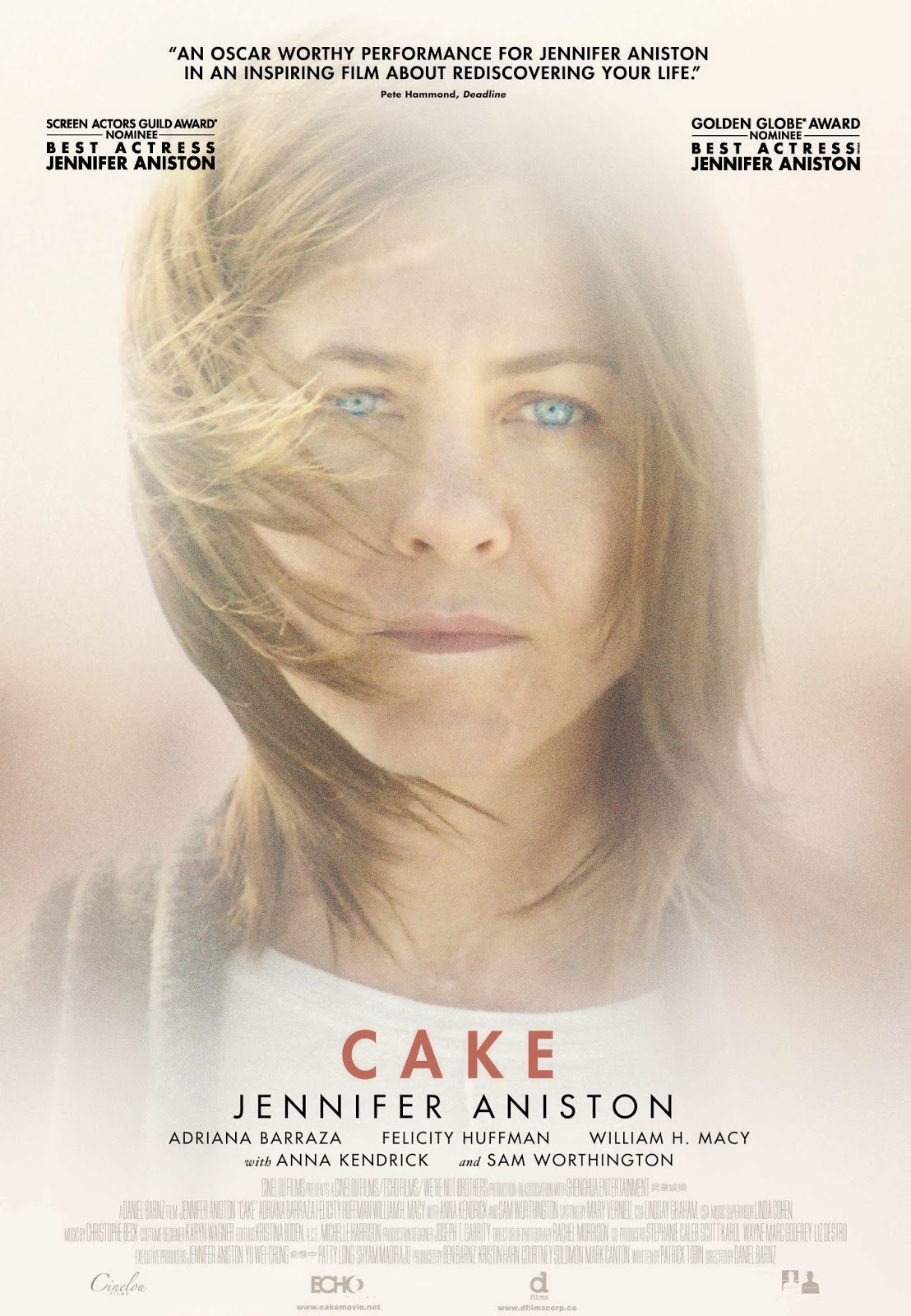 Good news, Oscar junkies! Here’s a chance to have your cake and eat it, too. Jennifer Aniston’s picking up steam for her performance in Cake and getting hot Oscar buzz after earning Best Actress nominations at the Golden Globes, the Screen Actors Guild Awards, and the Critics Choice Awards. Cake opens in theatre on January 23rd from D Films, but if you want to attend a sneak peek of Cake, you are in luck! Answer the trivia below for your chance to win tickets!

Synopsis: The acerbic, hilarious Claire Simmons (Aniston) becomes fascinated by the suicide of a woman, Nina (Kendrick), in her chronic pain support group. As she uncovers the details of Nina's suicide and develops a poignant relationship with Nina's husband, she also grapples with her own, very raw personal tragedy.

Thanks to D Films, Cinemablographer has ten (10) pairs of tickets to give away to sneak peeks of Cake for the following screenings:

Cake isn’t the first dessert that Jennifer Aniston has whipped up during her versatile career. Which dessert did she famously make as Rachel Green on “Friends” using a few ingredients for shepherd’s pie:

Send your answer to contests@cinemablographer.com with the subject “Cake – [City]”

(Don’t forget to change your city!)
***Limit one email per person. Multiple entries will be discarded.***