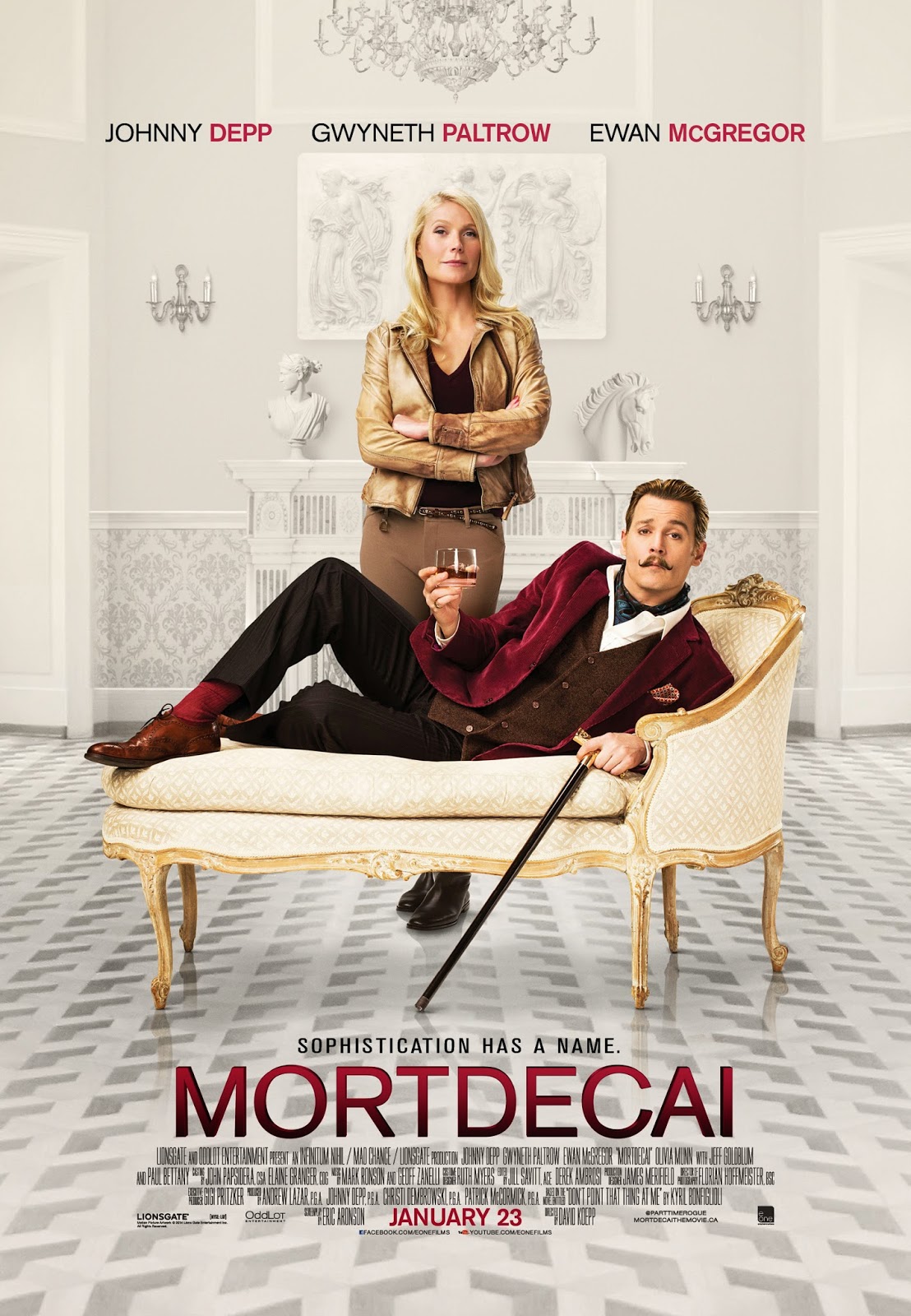 Movember comes early as Johnny Depp busts out his best ’stache in Mortdecai! Depp stars in this fun caper alongside Ewan McGregor and Gwyneth Paltrow. Mortdecai opens in Canada on January 23rd from eOne Films, but if you want to attend one of the sneak peeks happening across Canada you are in luck! Answer the trivia below for your chance to win tickets!


Synopsis: Juggling some angry Russians, the British Mi5, his impossibly leggy wife and an international terrorist, debonair art dealer and part time rogue Charlie Mortdecai (Johnny Depp) must traverse the globe armed only with his good looks and special charm in a race to recover a stolen painting rumored to contain the code to a lost bank account filled with Nazi gold.

Thanks to eOne Films, Cinemablographer.com has ten (10) double passes to give away to sneak peeks of Mortdecai in Toronto, Vancouver, Calgary, Edmonton, Winnipeg, Ottawa (Gloucester), Halifax, and Victoria on January 22nd @ 7:00 pm. All you have to do to enter is answer the following question:

Mortdecai features Johnny Depp in a hilarious curly mustache. For which of the following roles did Depp also sport a snazzy ’stache?

Send your answer to contests@cinemablographer.com with the subject “Mortdecai – [City]”
(Don’t forget to change your city!)
***Limit one email per person. Multiple entries will be discarded.***