Contest: Win Tickets to see 'A Most Violent Year' Across Canada! (CONTEST CLOSED) 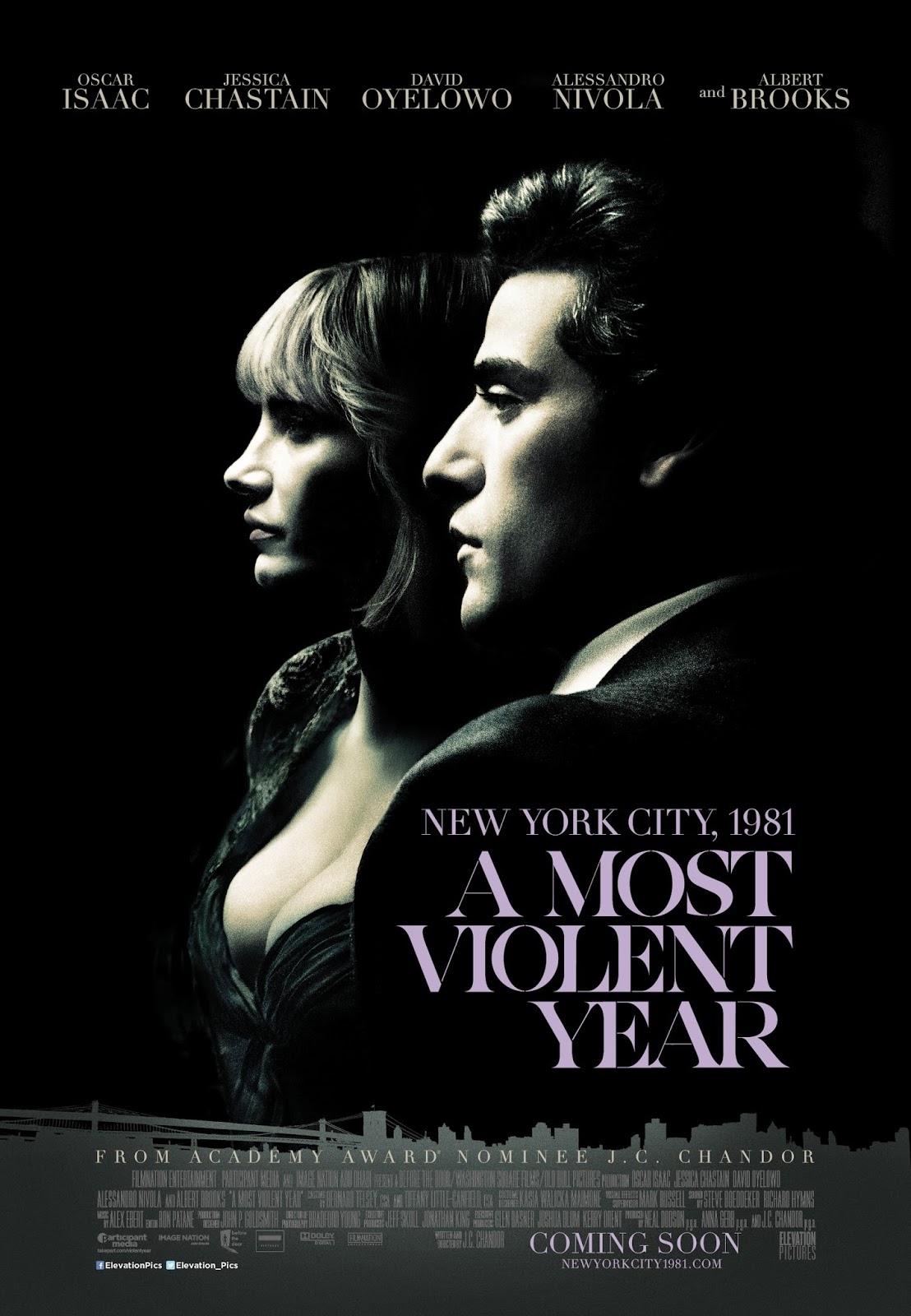 The Oscar nominations come out Thursday and one of the films I’m rooting for across the board is J.C. Chandor’s A Most Violent Year starring Oscar Isaac and Jessica Chastain. A Most Violent Year, which made Cinemablographer’s list of the Top Ten Films of 2014, opens in Canada January 23rd from Elevation Pictures, but if you want a chance to see the film before it hits theatres, you are in luck! Answer the trivia below for your chance to win!

Synopsis: A Most Violent Year is a searing crime drama set in New York City during the winter of 1981, statistically the most dangerous year in the city’s history. From acclaimed writer/director J.C. Chandor, and starring Oscar Isaac and Jessica Chastain, this gripping story plays out within a maze of rampant political and industry corruption plaguing the streets of a city in decay. J.C. Chandor’s third feature examines one immigrant’s determined climb up amorally crooked ladder, where simmering rivalries and unprovoked attacks threaten his business, family, and––above all––his own unwavering belief in the righteousness of his path. With A Most Violent Year, Chandor journeys in a bold new direction, toward the place where best intentions yield to raw instinct, and where we are most vulnerable to compromise what we know to be right.

Thanks to Elevation Pictures, Cinemablographer.com has five (5) double passes to the sneak peek of A Most Violent Year at the following screenings:

What is the name of the oil heating company run by Abel and Anna Morales in A Most Violent Year?

Send your answer to contests@cinemablographer.com with the subject “AMVY –[CITY]”
(Limit one email entry per person please. Multiple entries will be discarded.)
***Don’t forget to note your city!***

Contest closes Friday, Jan. 16 at noon EST.
A Most Violent Year opens in Canada on January 23rd from Elevation Pictures.

Read Cinemablographer.com’s 5-star review of A Most Violent Year here.