It's not American Pie, It's Tortière 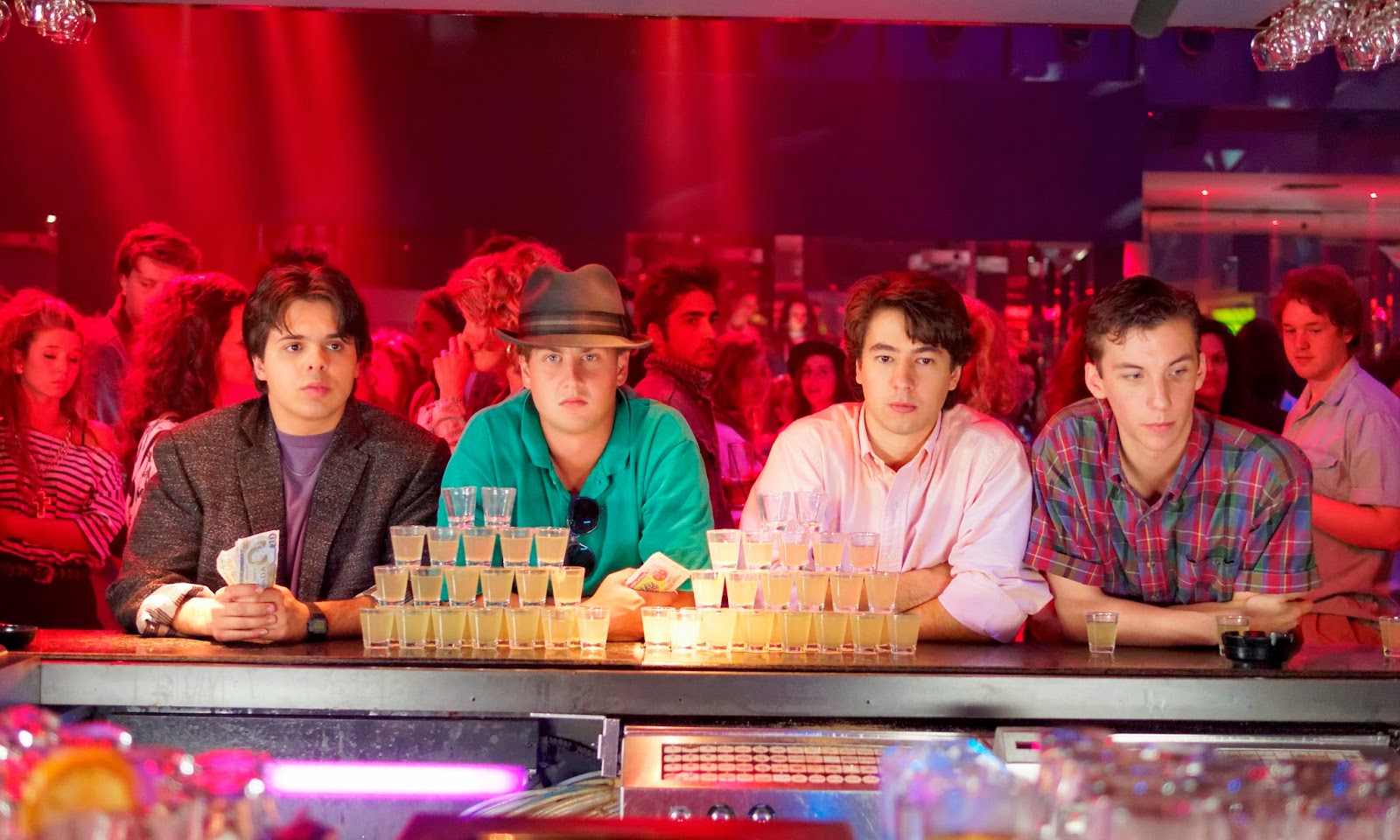 1987. It’s the year that Claude Jutra died and when the Loonie was born. Montreal saw massive thunderstorms and dad rock flooded the airwaves. And it’s the year that Ricardo Trogi finally got laid at the age of eighteen.

Writer/director Ricardo Trogi offers a ribald act of TMI and follows up his 2009 film 1981 with the next chapter of his life, 1987. 1987, a box-office hit in Quebec that ranks only second to Mommy for 2014, is a raucously enjoyable comedy that could easily prove to be Quebec’s contemporary counterpart to Porky’s. Trogi plays it all with a fist-pumping energy and makes the excess of the 1980s an entertaining period piece with a contemporary zing. The film seems like another serving of American Pie on the surface with its story of a high schooler undertaking the epic quest to lose his virginity, but Trogi’s hilarious hand keeps 1987 smart and refreshing. It’s laugh-out-loud funny—not for its bawdy humour, but for its amusingly dead-on portrayals of teen angst and family ties.

Jean-Carl Boucher plays the young Trogi with an energetic exuberance as the filmmaker evolves from a young self-involved punk to a young man with a way with the world. The film introduces him as a whiny rapscallion as he struts into the chambers of Parliament and challenges the PMs that he shouldn’t have his life planned out by age eighteen. The film frequently scores high laughs for the overriding self-awareness at its core.

Trogi’s portrait of his parents is especially winning with Sandrine Bisson being a real hoot as his histrionic mother. Yelling so loud that folks can probably hear her in Saskatchewan, maman Trogi is a hysterically grating nag. Bisson’s over-the-top performance is very fun, but Carlo Colangelo’s performance as Trogi’s father is especially endearing. The relationship between the father and son forms the heart of 1987, and the film evolves not so much as a sex-farce as a candidly droll essay on masculinity and legacy. It’s not so much about losin’ it as it is about getting “it”—life, identity, character—together.

It’s appropriate, then, that 1987 is largely conventional, if enjoyably so, but the freewheeling energy of the film celebrates finding oneself outside society’s norm. It’s standard, yet Trogi's droll and reflective dad rock gives the film more meat than teen sex romps usually find: It's not American Pie, it's tortière.