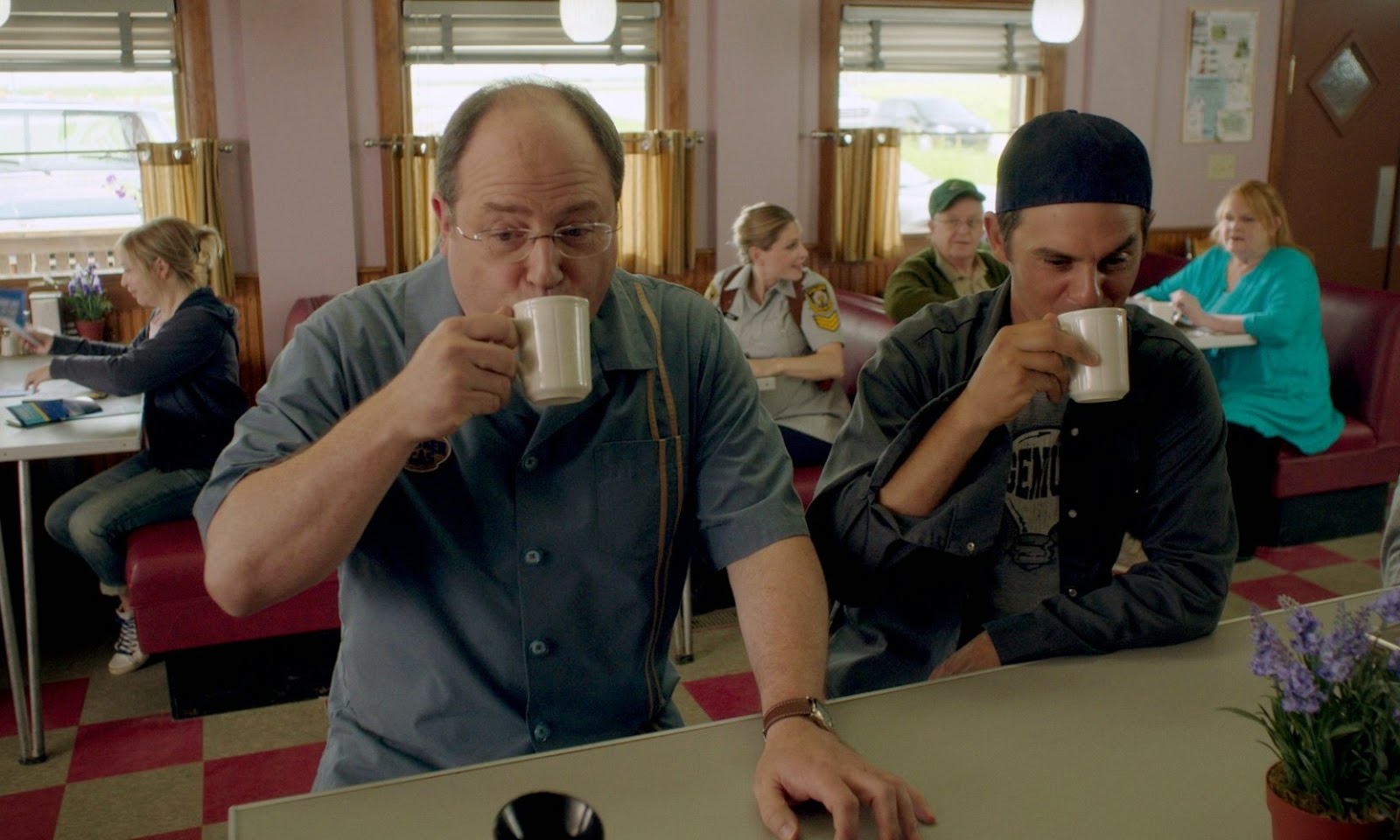 An article in Maclean’s Magazine perfectly brews the crux of a debate that’s been percolating in Canada’s national consciousness ever since Burger King announced its acquisition of Tim Horton’s earlier this summer. The writer, Scott Feschuk, explains how the iconic beverage of Canadian quaintness isn’t something to be proud of. Tim Horton’s, largely seen as the working class everyperson’s coffee in the face of growing Starbucks culture, often brings an emotional connection that helps define Canadians as something simple and un-American. Tim Horton’s, Feschuk writes, “is not an anti-Starbucks choice that makes you a more relatable politician or a more authentic Canadian.” It’s bad, cheap coffee.

An avowed coffee snob myself, however, I’m fine to drink a cup of Tim Horton’s every now and again even though I think it tastes more like a giant cup of liquid salami. Give me a warm cup of Huehuetenango any day, or maybe some Brazilian Bridgehead. It’s the same with Canadian film and television. I’m happy to watch shameless Canadian content simply for the fleeting sense of duty or the slightest emotional connection to something that feels relatable or, better yet, removed from America or (worse) Toronto.

The Tim Horton’s of CanCon is, as we all know, the beloved sitcom “Corner Gas,” which proved an unexpected international hit when it ran on CTV from 2004-2009. (One could also make a case that "The Trailer Park Boys" is the Tim Horton's of CanCon, but it's probably more akin to Coffee Time.) “Corner Gas,” like Tim Horton’s, finds pleasure in its simplicity. I’ve only watched the show here and there, not as regularly as I should have, and it offers uncontrived slice of life humor that pokes fun at the quotidian quaintness of Canadiana. There’s something drolly self-referential about the near-pornographic about of Canadianness of the show: “Take that, CBC!” the sitcom seems to say with its enjoyably self-conscious wink at self-representation. “Corner Gas” is funny because it’s relatable, familiar, and honest in its own harmlessly satirical way.

“Corner Gas” double-doubles down with Corner Gas: The Movie and brings the fictional town of Dog River, Saskatchewan to the big screen and, in turn, the same happy confection of the show’s humour. The affable Brent Butt returns as the Canadian everyman Brent Leroy along with the rest of the usual suspects including a scene-stealing Gabrielle Miller as Brent’s love interest, Lacey; an enjoyably over-the-top Fred Ewaniuk as the town fool, Hank; and Nancy Robertson, who provides some highlights as Brent’s employee Wanda, who opens a speakeasy in her neighbour’s man cave. One doesn’t need to be a fan of the original series to enter the world of Corner Gas, since the straightforwardness of the humour makes it easily accessible. On the other hand, fans of the series might best appreciate the simplicity of the film and its charm. Corner Gas, like virtually all TV-to-movie adaptations, offers exactly what the pre-existing audience has come to love and expect from the familiar characters and stories.

The film essentially plays like a feature-length sitcom or, more appropriately, a pilot for a TV series as it takes episodic arcs and little stories within the greater story that wrap-up at intervals timed for commercials and provide bouts of closure that make it easy to watch. It's like binge-watching three episodes of "Corner Gas" in a row, although three episodes of the show itself might be better more rewarding since Corner Gas has a hint of contrivance absent from the show. (Some scenes play like total filler.) The breeziness of the humour, though, lets it go down smoothly.

Corner Gas, for all its simplicity, proves to be very fun and entertaining, and it earns its guffaws in earnest. As the residents of Dog River prepare for a competition to earn the name of “The Quaintest Town in Canada” so that they may recoup the town’s crippling debt, the charm of Brent Butt and company is naturally and effortlessly hilarious. Corner Gas is down-to-earth and folksy with the residents of Dog River banding together when the shortage of water and power means that the town could run dry. “We can do without water and electricity, but no booze? This just got real!” one of the members of the chorus says before they kick the town into quaint mode.

The film itself puts a quaintly Canadian conundrum at the heart of Dog River’s battle to keep its own down-home naturalness when Hank foolheartedly invites a coffee chain called Coff-Nuts into town, which threatens Lacey’s diner and, in turn, the small town character of Dog River. Coff-Nuts, an obvious stand-in for Tim Horton’s with its sub-par sandwiches and outrageous franchise fees, lets Corner Gas put at its heart a battle with the working class coffee chain’s humorous stronghold on the Canadian identity. The silly charade of the Corner Gas clan mirrors much of Feschuk’s own enjoyable nudging at Canada’s thirst for Tim Horton’s by saying that local identities aren’t shaped so much by brand names and consumerism as they are by community and shared values. Corner Gas warmly embraces the bumbling, stereotypical country-bumpkin-ness of Canadiana, and the folksy quaintness of the film is warmly irresistible.

The difference between Corner Gas: The Movie and other cinematic fare is essentially the same as the difference between Tim Horton’s and Starbucks: it’s all a question of taste and there’s nothing wrong with favouring a cup of middle-of-the-road humour when options that are more sophisticated are just a few steps away. Don’t be afraid to sip some Timmy Ho’s, though, after savouring the complexity of overpriced Seattle-based beans. The taste might pleasantly surprise you.