All's Fun in Love and War

I Put a Hit on You 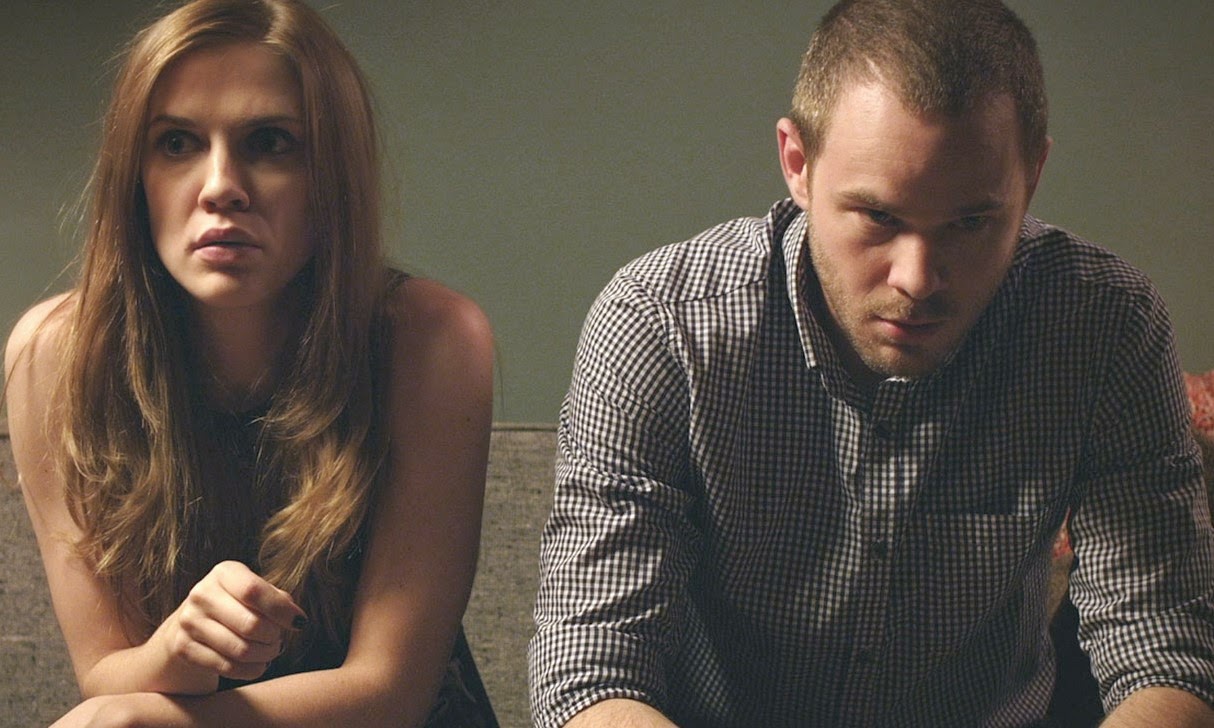 A person can get a lot of crazy stuff on the Internet: couches, TVs, roommates, hookers, gigs, and more. All sorts of helpful, if sketchy, conveniences are just a click away. In the age of online anonymity, that’s both great and terrifying. Some folks take it to the extreme with Casual Encounters and the like, but Craig’s List is a breeding ground for poor life choices as scorned lover Harper (Sarah Canning) learns when a booze-fuelled revenge session leads her to put a hit on her boyfriend Ray (Aaron Ashmore) in exchange for the wedding ring that he declined to accept.


The joke’s on Ray because Harper wouldn’t be trying to whack him if he hadn’t brought up the crazy world of online bartering during the awkward dinner that precipitated the impending whacking. (Rejecting Harper’s ill-timed proposal that he propose probably didn’t help, either.) All’s fair in love and war in this fun and plugged-in romantic-comedy-thriller from Toronto filmmakers Dane Clark and Linsey Stewart (the team behind the heartbreaking short Margo Lily), and this darkly charming indie drives a bullet straight at the heart.

Clark and Stewart play things out over the course of a single night, for Harper’s agreement with the anonymous hit-man promises that he’ll have the job done by morning. She hightails it to Ray’s apartment where they try to track down the hired-gun with some help from the 411, but they eventually decide to simply lay low in the apartment and maybe make a run for it when the coast is clear. Harper, see, isn’t the most Internet-savvy girl in T.O., and the mix of ignorance and intoxication leaves a hazy patch of holes with which the killer may track down either Ray or Harper. (Technologically ignorant twentysomethings do exist, it’s true.) The fun score by Paul Aucoin bounces the action to a sprightly tempo as the ex(ish)-lovers strategize how best to escape the surreal scenario, opting for golf clubs, broken glass, and the good-old-fashioned waiting game as they devise an anti-assassination plan to a slapstick beat.

I Put a Hit on You smartly tiptoes the conventions of the romantic comedy as Clark and Stewart smartly handle the different layers in tone within this lo-fi lark. Hit, like love—especially the contemporary kind-- doesn’t easily conform to one box and the film has lots of fun playing on conventions and expectations of genre. The script takes a break-up and a juicy tale of ill-gotten revenge and supplants them in a reversal of the boy-meets-girl and blah-blah-blah narrative arc as Harper and Ray work together to survive the night. Ashmore ("Warehouse 13") is smoothly laidback as Ray, an easy ally for the first half of the film, while Canning (The Right Kind of Wrong) is lively as the high-strung Harper, making the character a fallible fuck-up who’s both driven and encumbered by her perfectionism. The film exposes the faults of each lover in turn with an unexpected late-act reveal, but the flaws of the couple keep them relatable and likable as the film invests the audience in hoping that their relationship outlasts the kill contract. I Put a Hit on You unfolds as a charming two-hander, for Canning and Ashmore carry virtually every frame of the film on their own by bouncing the relationship foibles between one another effortlessly. Their dynamic chemistry handles both the madcap claustrophobia of the single setting and the awkward messiness of their predicament as they await the fate of the would-be assassin.

I Put a Hit on You largely leaves the killer as an unseen presence—that anonymous online predator about which parents and Internet lore warn us—but the residual tension of the couple’s awkward, messy dinner date is a hefty antagonist in itself. Working out the kinks of an online hit-job inevitably leads Harper and Ray to explore the fissures in their relationship and I Put a Hit on You returns to the scene of the crime—the fight that happened before Harper’s proposal—as their plan reveals the idiosyncrasies that drove them apart, but obviously—and endearingly—make them an ideal match. The film is a dark love story at its heart, and the moody, shadowy cinematography by James Klopko ensures that, but whereas most unconventional genre films might favour a hearty dose of cynicism to turn the rom-com on its head, I Put a Hit on You maintains an edge of irresistible sweetness even though Harper vindictively and drunkenly puts a price on her lover’s head. The face-to-face communication is far more rewarding than the faceless exchange that puts the lovers in harm’s way, and by the film’s final frame, I Put a Hit on You repairs at least one missed connection.

I Put a Hit On You screens in Toronto at The Royal from January 9-14.
It is now available on iTunes from from Mongrel Media.