SAG Preview: The Actors of 'Birdman', the Family of 'Boyhood', or the Guests of 'The Grand Budapest Hotel'? 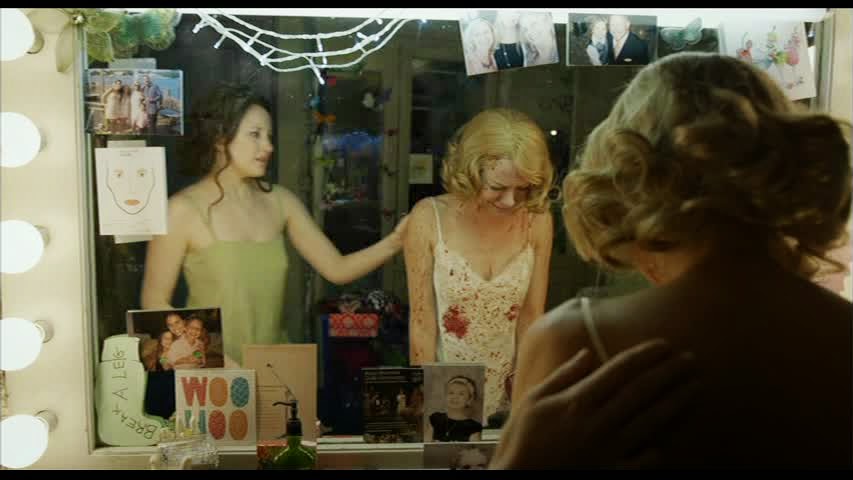 "Why don't I have any self-respect?!"
"You're an actress, honey."
-Birdman or (The Unexpected Virtue of Ignorance


2015 marks this first year that Canadians can watch the Screen Actors Guild Awards live on television, rather than on the usual broadcast the day after. (Simultaneous substitution drives it off the American channels.) It’s a good year to be following the awards live, rather than on the Twitter, since the top prize from the actors probably won’t go to Oscar frontrunner Boyhood. If any film needs it’s Crash moment in which the largest branch of the Academy shows its support for a film driven by powerhouse performances, now’s the time to turn it.


Patricia Arquette’s virtually guaranteed to take home her trophy for Best Supporting Actress, so don’t expect Sunday to be a write-off for Boyhood. I think her win will provide sufficient recognition for the film, though, since the nature of Boyhood’s production calls on the parents to carry much of the film in the early years of the narrative while the younger actors simply act naturally as children do. It’s a better feat of direction than of raw acting, but one also sees how much the effort of Arquette and Ethan Hawke draw natural rapports with Ellar Coltrane and Lorelei Linklater in their younger years. Boyhood still has a decent chance to win since the twelve-year factor probably works in the favour of many actors. Actors often characterize a good ensemble as being like a family, and committing to a role for over a decade is about as close to a family as one can get.

On the other hand, we can probably rule out The Theory of Everything, which arguably carries the most dubious nomination for Best Performance by a Cast in a Motion Picture that the SAG has ever picked. Do two strong leads really make for an ensemble? There’s no doubt that both Eddie Redmayne and Felicity Jones deserve their nominations and create award-worthy harmony, but the overall cast hardly has the same synergy and energy as its competitors or many films that were left. Sure, Charlie Cox adds to the film a little, but would the film really be any different without Emily Watson, David Thewlis, or Simon McBurney? It would probably just be shorter without them, but the fact that Theory snuck in over the likes of Gone Girl, Into the Woods, Chef, or Inherent Vice shows the popularity of both lead performances and the film itself. Look to The Imitation Game as a better, stronger, fuller cast to get the British vote.

Sunday’s SAG is arguably a three-way race between The Imitation Game, The Grand Budapest Hotel, and Birdman. These films are the only contenders with any real chance of besting Boyhood on Oscar night and they all need to find some traction in a conversation that’s looking more at American Sniper and Selma, both of which struck out with the SAG. (It’s worth noting that SAG voters received screeners of Sniper but not of Selma.) We can probably assume that whichever two films of these three misses SAG’s top prize since they’re driven largely by their performances (but the technical work isn’t anything to squabble with) and need the support of their fellow actors.

I think it’s Birdman for the win with The Grand Budapest Hotel as a potential upset. Budapest has the largest and most idiosyncratic cast, and much of the success of the film comes from their zany energy. The size and offbeat energy of the cast certainly works in its favour (see wins for comedies like The Birdcage, Little Miss Sunshine and Gosford Park or for massive casts like Traffic and The Help), but the actors have never shown much love for a Wes Anderson movie even his films and casts and generally all the same. Why Budapest over Moonrise Kingdom or The Royal Tenenbaums?

Birdman, however, is a perfect example of a cast working in sync to create something marvellous, for the nature of the tricky long take demands a lot from the actors’ performances in terms of timing, precision, and authenticity. Each cast member really brings an element of the film that makes the entire piece work: it’s more than a lead performance and everyone, even the actors like Lindsay Duncan who aren’t among the credited nominees, elevate the film to another level. Birdman is the actors’ showpiece among the nominees and it’s very much a film about the complexity and psychology of being an actor. The actors must recognize the layers of “film acting and theatre acting” since it’s no easy feat to play a character on film who is playing a character on stage and not to make it seem over-the-top or mechanical. Much of the emotional depth of the film also finds its power in the fears and insecurities of being an actor and staying relevant while being true to oneself.

Best Performance by the Cast of a Motion Picture:

★ Will win: Birdman
★I'd vote for: Birdman
★Shoulda been there: Gone Girl, Into the Woods, Selma

Best Performance by an Actor in a Lead Role:

Best Performance by an Actress in a Lead Role:

Jennifer Aniston, Cake
Felicity Jones, The Theory of Everything

Best Performance by an Actor in a Supporting Role:

Best Performnace by an Actress in a Supporting Role:

★ Will win: Patricia Arquette, Boyhood
★I'd vote for: Meryl Streep, Into the Woods
★Shoulda been there: Laura Dern, Wild; Jessica Chastain, A Most Violent Year

Best Performance by a Stunt Ensemble:

Fury
Get on Up
The Hobbit: Battle of the Five Armies
Unbroken
X-Men: Days of Future Past

How do you think the actors will vote?

Who are you rooting for?