Take a Risk on Something Else 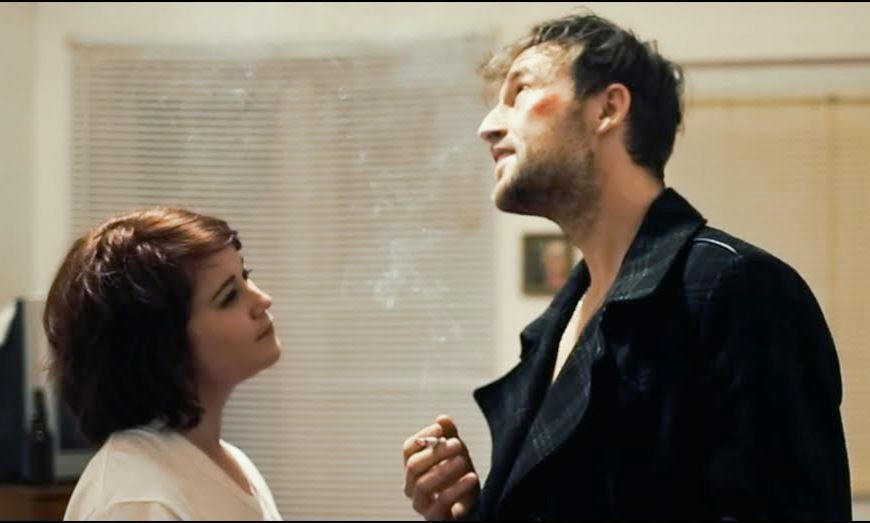 Digital is a war that film seems to be losing. It’s not necessarily a question of Quentin Tarantino versus Mike Leigh in which one great filmmaker fights to preserve the warmth and texture of 70mm film stock while the other auteur simply accepts and embraces the latest change in the industry. It’s also not a question of digital democracy, since the economy of digital cinema means that there are more voices that ever in the film scene. That’s never a bad thing when the lesser cost of shooting and distributing on digital means that films like I Put a Hit on You, The Animal Project, Cinemanovels, and other microbudget CanCon find life for innovative filmmakers to introduce less conventional works of art to fans seeking alternative to the mainstream. There’s more valuable work than ever before thanks to digital cinema; however, as with anything else in consumer culture like social media or fast food, one needs to filter out the noise a bit more actively to find the good stuff.


One such DIY digital affair in the pile to push aside is the microbudget Montreal-set pic The Beautiful Risk. The film shows an admirable stretch of ambitions, but it’s also a great example for how a filmmaker might best put a modest chunk of change towards his or her next project instead of making a movie for a couple hundred bucks in the interim. There’s great work by indie mavericks out there, and the artistic and technical shortcomings of The Beautiful Risk are proof by comparison.

The film aspires to a Bret Easton Ellis-like trashiness as fledgling artist William Murphy (Shaun Benson) gets over his divorce by relocating from New York to Montreal and indulging in booze, drugs, sex, and strippers to escape/fuel his depression. None of it really works as a post-empire-like commentary that finds beauty in the residual trash of another tier of culture—it’s not, say, The Canyons—as William’s tailspin is more akin to licking a splash of Pabst Blue Ribbon off the barroom floor than it is a stroke of poetry. Even when he stumbles upon a Montreal waif named Paulette (Elaine Gagnon), the film struggles to fuse its hybrid inclination for both trash and poetry. As Paulette sets William free by offering him her body and inviting him to do all sorts of Fifty Shades of Grey inspired kink, The Beautiful Risk leaves the audience with a pair of dead, wilted roses. It sounds harsh, true, but an underground vibe and a little spanking don’t inherently produce a work of art when they come together.

The Beautiful Risk mostly struggles because it gives little reason to care about William as he falls in the gutter. Some flashbacks to a hooker with a tramp stamp in a motel room and a few intercuts to a random couch tease memories of his divorce, but nothing ever redeems William from his escalating unlikability. Some intercuts to nature and shots of a dilapidated farm also appear during William’s trysts with Paulette, and while they’re unintentionally hilarious pastoral images, they don’t have an effective associative connection to either lover.

Benson and Gagnon also struggle to give much life to their thinly sketched characters and the technical limitations of The Beautiful Risk don’t help, either. Much of the dialogue is simply inaudible, for the film sounds as if it used a Smartphone app to loop the dialogue in places in which the rough location sound struggles to emerge through the scratchy patchwork of the audio. Penny, however, has a promising eye for location shooting (he also serves as DP) and he uses downtown Montreal and the snowy Canadian winter quite effectively. The gaudy lighting of the strip club William visits is equally striking and this setting could be one of the few instances in which the DIY exploration of despair and the underworld works, if only it weren’t overwhelmed by the flat ambient noises of the club’s seedy beat and the otherwise bland cinematography that characterizes much of the film. Even strip clubs, it seems, can be boring.

The Beautiful Risk shows that DIY films have an edginess that one rarely sees even in films lying outside of the mainstream, but the beauty lies in the innovation with which one harnesses the limits of independent filmmaking to its advantage. Take a risk on something else.

The Beautiful Risk is now available on Vimeo, Google Play, and Amazon Prime.