Welcoming 2015 with the Most Anticipated Films the Year!

Happy New Year! A new year means new movies and there’s a lot to look forward to in 2015. More Meryl, some impressive Canuck productions, and a few major adaptations provide more reasons that I’m looking forward to a new year. (Side note: when the heck are we getting the adaptation of Zoë Heller’s The Believers?) Here are Cinemablographer’s most anticipated films of 2015 in no particular order. Add the film you’re most looking forward to in the comments!

Most Anticipated Films of 2015:

Far from the Madding Crowd

I have this vulgar habit of looking ahead to movies that might be major players at TIFF and the Oscars, and then sifting through the potential contenders to find any adaptations in the bunch so that I can read the books before seeing the films. While I don’t share the dismissive opinion that approaching a book before seeing an adaptation leads one to see a novel purely as “source material,” I do think that reading to keep up on movie releases often leads one to neglect a lot of good books worth reading, especially classics. Fortunately, though, even classics fall within the world of page-to-screen endeavors and I’m thankful that I finally have the opportunity to read Thomas Hardy’s Far from the Madding Crowd. It’s one of those literary staples I always look at it the bookstore and neglect in favour of something more contemporary (I know, I know!) and this sexy trailer featuring Carey Mulligan crooning “Let No Man Steal your Time” is incentive enough to make a trip to one’s local bookshop.

Three Jean-Marc Vallée films in three years? We are spoiled! Vallée proves himself one of Canada’s best and most in-demand filmmakers, as his one-two punch of Dallas Buyers Club and Wild (my pick for the #1 film of 2014) are impressive coups. Demolition puts Vallée back in the territory of trauma and memory, so expect more of that wonderful editing as Jake Gyllenhaal stars as a man overcoming the death of his wife with the help of a woman he meets through a chance encounter (Naomi Watts). Vallée’s latest project takes a script by Bryan Sipe, which made the 2007 Black List of the best unproduced screenplays, and the director’s recent spate of successes has caused the film to sell-outrapidly across the world, which proves that the Quebecois filmmaker is enjoying a wild ride of success that one simply can’t find in Canadian film. Vallée’s recent hits show the signature style and vision of his Canadian films, too, so he’s paving the way for future artists in this country to see that there’s no loss of artistic integrity required when signing off elsewhere. If anything, he’s found more freedom to work on larger scales without having to worry that a single music cue might cost an exorbitant percentage of his film’s modest Canadian budget as it did on his breakout hit C.R.A.Z.Y.

So many Canadian directors are making it big in America, but it’s refreshing to see so many of them staying true to the style and vision they developed making films in Canada. Denis Villeneuve, for example, is sticking to Hollywood following the success of the 2013’s tense drama Prisoners, and he’s back with a film about the ethical and moral limits of the pursuit of justice. Sicario takes Villeneuve into the world of the war on drugs as Emily Blunt stars as an upstart FBI agent on the hunt to take down the leader of a Mexican cartel (Benicio Del Toro). Prisoners proves that Villeneuve can make a major Hollywood film that carries the same depth and impact as Incendies, and Sicario sees him reuniting with Prisoners DP Roger Deakins (who earned his 11th Oscar nom for the film), so I’m content with Villeneuve working south of the border so long as he keeps making films of such calibre.

Origin stories are all the rage these days and, while I usually deride them, I’m actually quite excited for this trip to Neverland. Peter Pan himself has to escape and join the lost boys before flying Wendy and the kids to the place where kids don’t grow up, and this magical return of the world of Peter Pan and Captain Hook looks like a wild adventure of arrested development. The film’s bound to garner some controversy in the casting of Rooney Mara as Tiger Lily, but Hugh Jackman is an inspired choice for Blackbeard, Pan’s pirate nemesis before Captain Hook. I’m mostly excited because Pan marks the latest offering from director Joe Wright, who flies to the world of JM Barrie after giving Tolstoy a thrilling reimagining in Anna Karenina. I can’t wait to see what Wright has in store for the grand long take that always marks the centrepiece of his films… and to see if he takes it up a notch by shooting his signature showpiece in 3D! 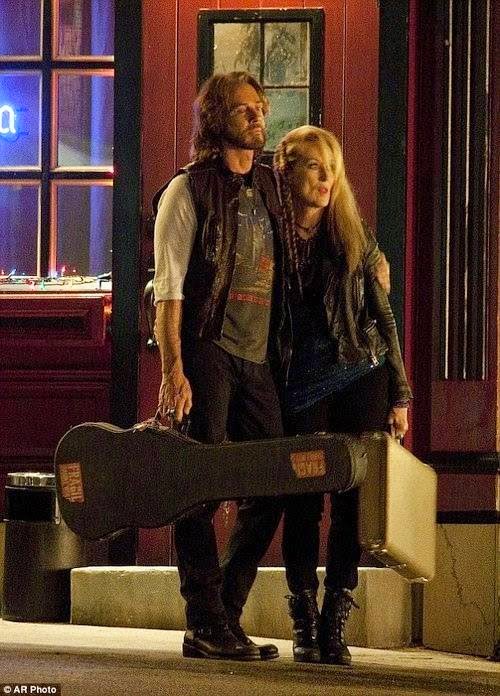 It just wouldn’t be a list of exciting things on Cinemablographer without an entry for Meryl Streep. Streep stars as an aging rocker determined to repair her relationships with her estranged kids (one of which is played by Streep’s daughter Mamie Gummer). Ricki and the Flash has been garnering ample buzz thanks to the script by Oscar-winner Diablo Cody (Juno) that’s been generating lots of interest in Hollywood for months. One of three Streep pics for 2015 (the others being the equally anticipated Suffragette and Florence Foster Jenkins), Ricki and the Flash looks to be the must-see Meryl Movie of the year as it reunites Streep with her Manchurian Candidate director Jonathan Demme. Demme brings to the film lots of experience combining film and music thanks to his work with Bruce Springsteen and Neil Young, and Ricki and the Flash sounds like a perfect choice to put Demme in the director’s seat for this rock-n-roll Streep vehicle, which sort of sounds like it has Streep circling Postcards from the Edge territory (yay!). Will Ricki and the Flash bring Meryl Streep her whopping twentieth Oscar nomination? (Assuming she gets one for Into the Woods.) 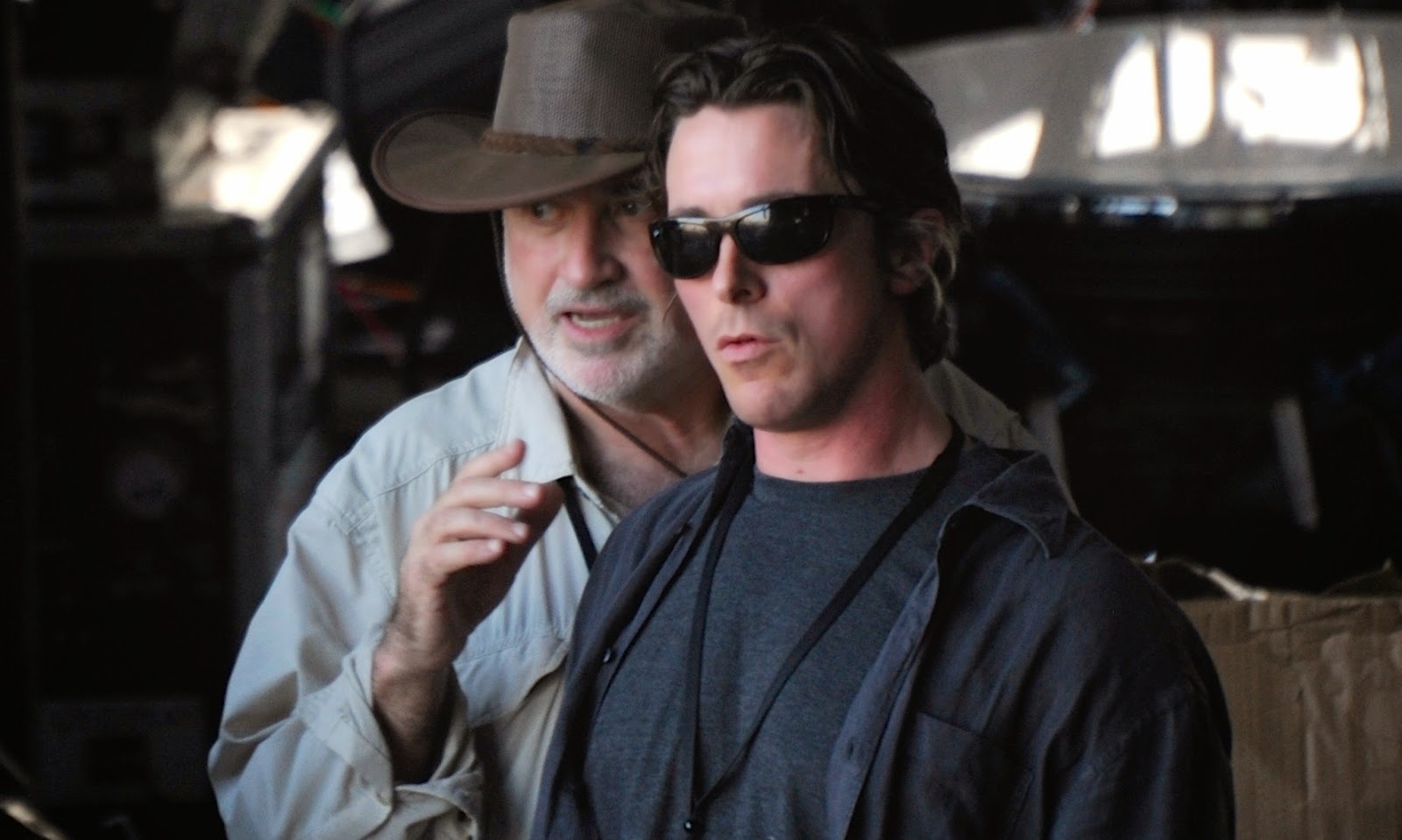 The title of Knight of Cups refers to the tarot card of the same name, and a tarot card might be the best likeness for a film from the philosophical mind of Terrence Malick. Malick’s beautiful and evocative films are brilliant mind games infused with lyrical wonder even when they’re as obtuse as his last film, To the Wonder. Malick usually takes years to make a movie and To the Wonder came just a year after The Tree of Life, slinging the filmmaker into the hit/lesser offering trajectory of Woody Allen. Fortunately, though, Malick did some extensive tinkering with this tale of celebrity and excess, so let’s hope that he finds a better fusion of form and content than he did with the aimlessly beautiful twirling of To the Wonder. Cups also brings a strong cast featuring Cate Blanchett, Christian Bale and Natalie Portman, so this film might fare better thanks to actors who can carry a film with their faces as the style of Malick demands. No word has emerged as to which actors have been left on the cutting room floor, but there’s scant imagery of Freida Pinto in the film’s outstanding trailer, which has me breathing a big sigh of relief.

2015 will be a comeback for Atom Egoyan, right? Right? I’m crossing my fingers that it is, since Egoyan, one of Canada’s top directors, has been off his game a bit lately with the disappointing Devil’s Knot and the critically-dismissed The Captive (which I still haven’t seen). Details about Egoyan’s Remember are slim, aside from a brief synopsis that reads, “The darkest chapter of the 20th century collides with a contemporary mission of revenge,” but Egoyan’s been fairly forthcoming with the film in interviews and the project sounds very promising. The film is a drama about a 90-year-old Holocaust survivor, played by Christopher Plummer, who seeks to find the man who killed his family during the war, and the reunion of Egoyan and Plummer alone (after 2002’s Ararat) is reason alone to be excited. Remember will reportedly be ready in time for the fall festival circuit, so let’s hope that Toronto applauds a return to form for Mr. Egoyan. 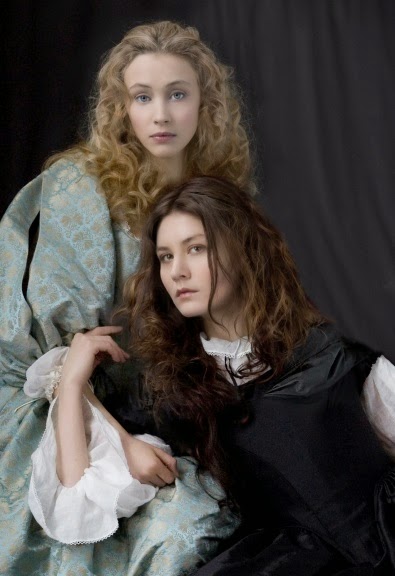 Here’s another promising film that could be one of the major Canadian offerings of the year. This epic co-production between Canada, Finland, and Sweden stars rising Canuck star Sarah Gadon (Enemy, Maps to the Stars) in a lavish dramatization of the story of Kristina of Sweden (Malin Buska), who ruled her country from the age of seven. Gadon stars in this tale of the queen’s sexual awakening in the face of conservative forces alongside some hot international players including Martina Gedeck (The Lives of Others), Mathieu Almaric (The Grand Budapest Hotel), and Michael Nyqvist (The Girl with the Dragon Tattoo), while director Mika Kaurismäki (who made the delightful road movie Road North, which screened at Ottawa’s EUFF this fall) promises that this femme-centric period piece won’t fit the typical bill of a typical costume drama. Could The Girl King be one of the breakout films for women both onscreen and behind the camera in 2015? Demands for films by and about women are growing, so let’s say yes.

Is Emma Stone the new ScarJo? The Magic in the Moonlight star makes her second turn as the leading lady of a Woody Allen film, and that’s just fine with me. Moonlight isn’t one of Allen’s best films, but it’s a delightful romp of magical realism and fun in the sun thanks to Stone’s performance, which jives perfectly with Allen’s form of humour. She’ll have a less-awkwardly aged co-star this time, however, than her Magic star Colin Firth, since the age difference between her and Joaquin Phoenix is only fourteen years. I most excited for Allen’s latest film, however, because it marks the director’s first time collaborating with indie queen Parker Posey. It’s about time that Parker Posey did am Woody Allen film! Posey’s role in the film, reportedly a murder-mystery dramedy, is unclear, since the film has the usually murky Allen-film synopsis of a neurotic philosophy professor (Phoenix) infatuated with one of his students (Stone), but I’m looking forward to it regardless! 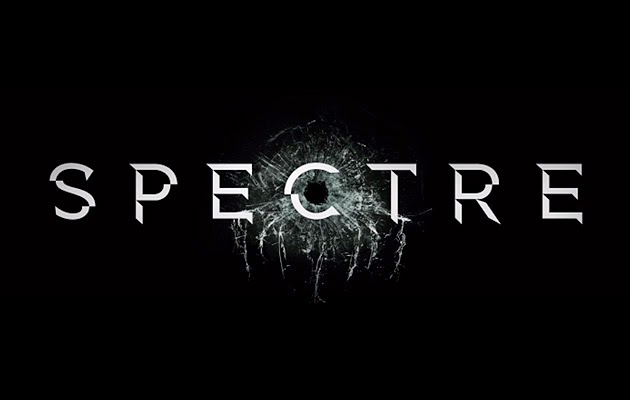 Part of me wishes that James Bond could have retired with Skyfall. Skyfall, arguably the best Bond film since the Sean Connery days, has expectations so high for the franchise that any film will struggle to meet them. Spectre boasts a philosophy of ‘go broke or go home,’ though, since it takes its name from the global terrorism ring led by Dr. No and cat-stroking bald baddie Ernst Stavro Blofeld in the Ian Fleming novels and early Bond films. The news had Bond fans a-Twitter in 2014, since rumors circling the film have hinted at the return of an iconic villain. (Assume Christoph Waltz’s Oberhausen is an alias.) The film also finally brings Monica Bellucci to the role of a Bond girl, for she’s been circling the franchise ever since she auditioned for the part that went to Teri Hatcher in Tomorrow Never Dies. (Bellucci, at the age of fifty, becomes her the eldest Bond girl since Honor Blackman played Pussy Galore in Goldfinger.) This ambitious return to the franchise’s roots promises more of the old-school Bond with which Skyfall brought 007 back to life.

What films are you most excited to see in 2015?