'Henri' Finds Itself in a Pickle 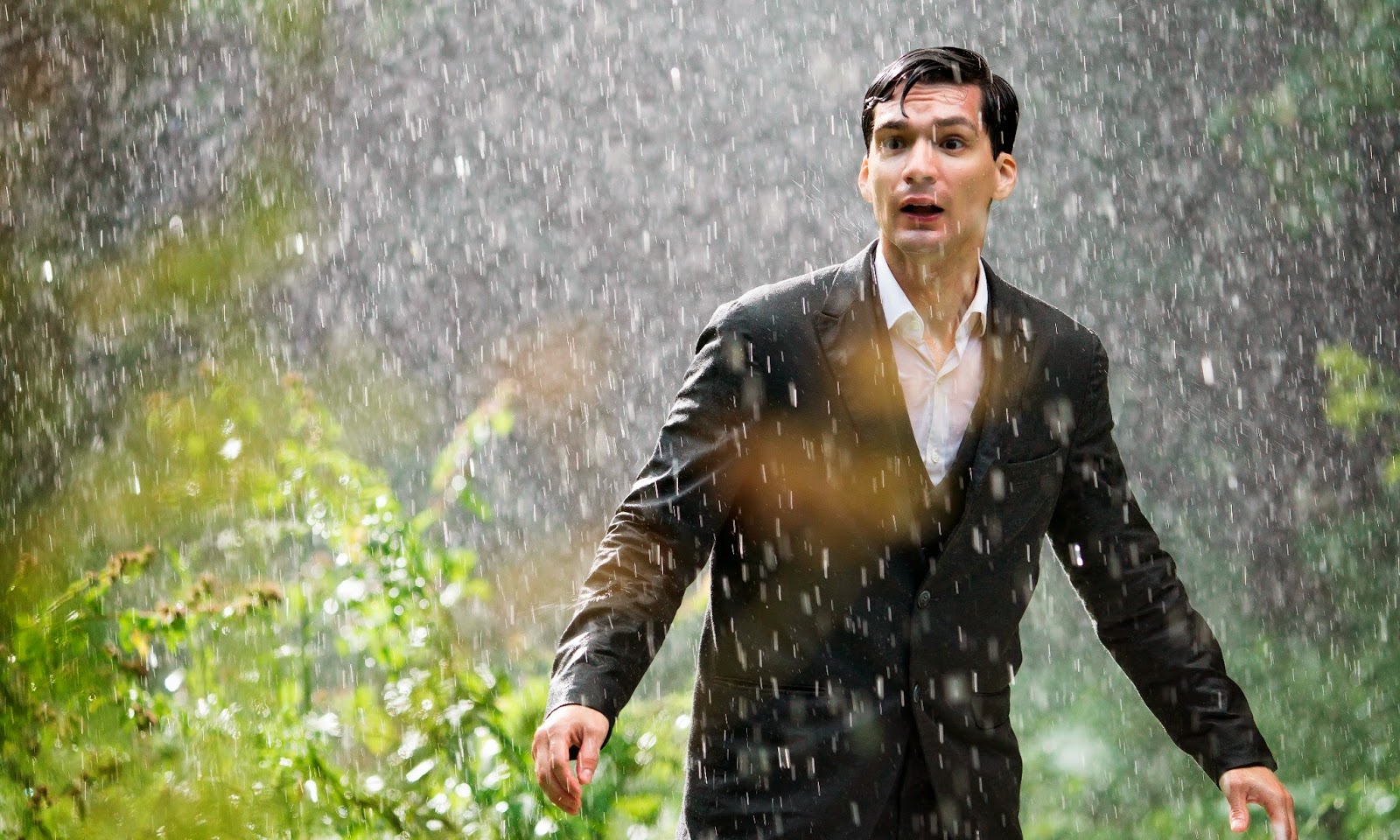 Allons-y on a trip to the strange and magical world of Henri Henri. Henri (Victor Andrés Trelles Turgeon) doesn’t know his own last name, so he simply offers an awkward smile and a nod whenever strangers introduce themselves and wait to hear his full name. “Henri…?” they ask as Henri holds an infectious grin and responds, “Henri, Henri,” affirming their understanding of his first name without understanding that they’re probing for his family name.

Henry searches for his family name himself in one of the subplots that gets muddled amidst the sprawling whimsy of Henri Henri. Henri, an orphan, lost his parents two Christmases in a row when his dad walked out on him one year and his mom died on him the next, so he promises himself that he’ll reunite with his father one day and learn his full identity. Henri really indentifies with the light, though, since he enjoys the cushy job of changing light bulbs in the orphanage where he lives in his adult years until some changes put him out on the street. Henri, still searching for purpose, finds a job with an electrician and continues his mission of, as he calls it, “bringing light to the world.” He also strikes up a friendship with a local pickle baron (Marcel Sabourin), falls in love with the bind office clerk at the local porn theatre (Sophie Desmarais), and struts to the local diner in a lime green suit along the way.

Henri Henri is strange and quirky in its own endearingly rambling way. Victor Andrés Trelles Turgeon carries the bright aimlessness of the film well with his jovial and inquisitive spirit. Henri and, in turn, Henri Henri, shares the charm of films like Amélie with its electric aesthetics and offbeat story about one oddball bringing joy to the lives of others. The daft Henri (whose peculiarity never fully explains itself) isn’t quit the same waif as Amélie is, so Henri Henri finds itself in a bit of a pickle as Henri brightens up the lives of the M. Binot and Hélène with the help of some coincidence, chance, faith, and magical realism. The film assembles a strange and timeless world that has everything from a wizard to a talking fox (a highlight) and while every frame of Henri Henri is a beautiful novelty, the film itself never comes together as a whole.

Some moments feel weird for the sake of being weird, while more ideas float around than dust particles around the many dazzling lights that catch Henri’s eyes. Why so many tourists flock to gawk at a reclusive pickle baron and why Hélène has the power to “see” to compensate with for her blindness are two oddities that never really see themselves through. Desmarais and Sabourin are fine as Hélène and M. Binot, respectively, but their attraction to the earnest and seemingly dim Henri also falls into the trap of patronizing Henri’s own social awkwardness and delayed mental abilities by contrasting his potential dimness with the literal and figurative light with which he brightens their lives.

Writer/director Martin Talbot’s spirited effort nevertheless delivers an impeccably crafted film. The bright cinematography by Mathieu Laverdière is warm and playful, while the charming musical score by Patrick Lavoie consistently enchants and guides the film through its unexpected flights of imagination that straddle fantasy and reality for the wide-eyed Henri. (The cinematography and score are among six worthy crafts nominations at this year’s Canadian Screen Awards.) Henri Henri is a bright and frequently endearing comedy: it might be 60 watts but it always looks like 100.