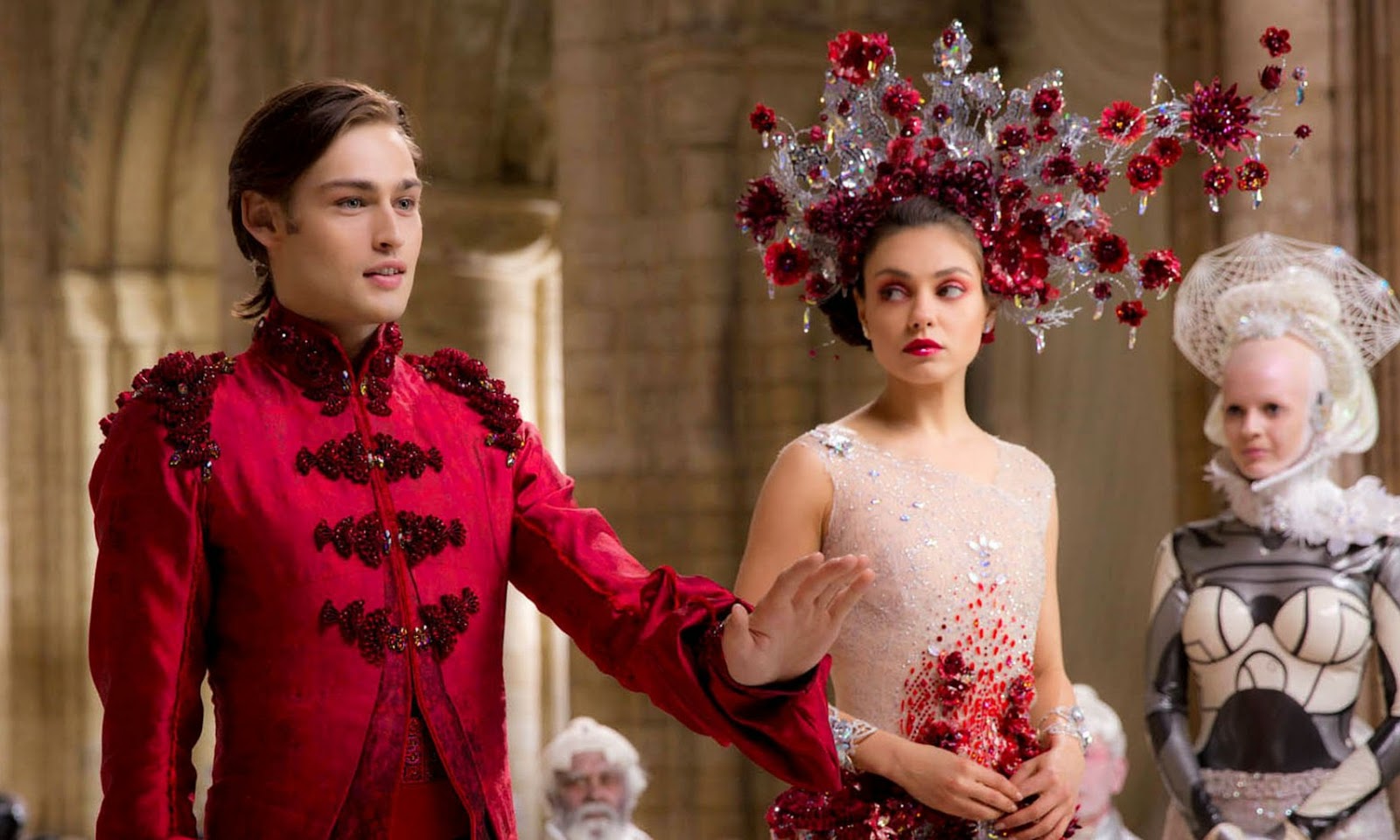 Jupiter Ascending pitches itself as a “space opera” and I sadly think it’s safe to say that the proverbial fat lady is finally singing the names of The Wachowskis. It’s over, Andy and Lana. We're through.

Jupiter Ascending is an astronomical bellyflop that could rightfully end the careers of the sibling filmmakers who frequently take science fiction to visually stunning and philosophically ambitious heights. Jupiter Ascending brings none of the innovation of The Matrix, none of the butt-kicking of V for Vendetta, and none of the well-intentioned grandeur of Cloud Atlas that showed that an independent film could aspire to the reach of a blockbuster. Jupiter Ascending is simply a loud, gaudy, dumb, and obnoxiously expensive visual effects extravaganza that doesn’t do anything new and barely offers any morsels to console the fat lady long after her aria flatlines in front of an audience. It’s too flashy and over-produced to merit the novelty of being so bad that it’s good. It’s not even enjoyable as an operatic exercise in camp: it’s just a bejeweled turkey gobbling a few squawks. Jupiter Ascending is $175 000 000 that should have gone towards world hunger or at least paying back anyone who wasted their money on Cloud Atlas.

Cloud Atlas, however, nevertheless aspires to something much higher than Jupiter Ascending does, so the misfired execution of that star-studded tome poem adaptation with all the fake noses has a shred of VFX magic and depth to outweigh its failings. Jupiter Ascending, on the other hand, doesn’t aim for anything better than a loud exercise in special effects. The Wachowskis certainly succeed in that regard, since Jupiter Ascending contains more eye-popping 3D CGI wizardry than most Hollywood tent poles have combined, but they deliver a video game instead of a film.

Don’t go into Jupiter Ascending expecting anything more deep or profound than a Dune rehash. The nonsensical plot is frequently unintelligible—it’s something about Mila Kunis being an alien (but not really) and being the long lost Queen of the Earth  named Jupiter Jones who also controls the bees, and Channing Tatum plays Caine, her wingman/guardian angel-alien who protects her from a trio of intergalactic baddie monarchs (Eddie Redmayne, Douglas Booth, and Tuppence Middleton)—and the themes are so on the nose that Jupiter even identifies herself as an alien, “like an immigrant,” in the film’s opening monologue. Jupiter is born without a father or a country, but she becomes queen of some unintelligible part of a solar system, which may be ours but I can’t for the life of me figure out since the film makes no sense. The Wachowskis only make the film stupider by writing Jupiter as the most naïve and gullible heroine of contemporary sci-fi, for she accepts every bait from the baddies without question and struggles to escape any perilous situation without the help of Mr. Tatum. Good thing that Jupiter Jones has Magic Mike on her side, since her biggest concern upon being crowned Queen Bee is to pop a raging lady boner for Caine, which he promptly rebuffs in a game of Hard to Get. Jupiter and Caine then pine for each other in a love story so cumbersome that not even opera could make it sing.

Kunis and Tatum perform just fine on autopilot and perform a convincingly catatonic relationship that sparks with zero chemistry aside from the zingers in the script that remind the audience that Jupiter and Caine are star-crossed lovers. Redmayne is shockingly bad, however, in his turn as the wispy villain. He sounds like he has a crippling case of laryngitis and his screen presence is just as muted as he slithers and shrieks hysterically throughout the film. This performance feels about as far as one can get from the perfectly nuanced, physically dexterous, and genuinely radiant incarnation of Stephen Hawking in The Theory of Everything. Jupiter Ascending could easily cost Eddie Redmayne the Oscar (which he fully deserves for Theory) much like past frontrunner Eddie Murphy stalled on his road to collecting an Oscar for Dreamgirls once Norbit rolled into town.

If Jupiter Ascending is the black hole of anyone’s career, though, it’s a giant vortex in the troubled run of the Wachowskis. The directors fatally make the error of failing to assess their own strengths and weakness after finding themselves within a string of misfires with Cloud Atlas, and Jupiter Ascending shows a complete ignorance to the fact that more isn’t necessarily more. After seeing their $100 000 000 epic collapse on its own misguided ambition with Atlas, the Wachowskis go bigger and bolder with Jupiter Ascending amplify all of the very worst elements of their direction and simply keep throwing money at the film as if an excess of dollar bills will hold it together. Jupiter Ascending is belligerently effects-driven, for the directors build one giant, empty action sequence after another as they blow shit up with more bombast than Michael Bay and crank up their eccentric visuals to the hilt. The costumes and production design are equally over the top, and the make-up is often weird for the sake of being weird (and blatantly derivative of Star Trek and the like) while the wannabe Hans Zimmer score by Michael Giacchino is unbearably assaultive. For all its bombast, though, Jupiter Ascending is astonishingly, pathetically, lethargically, and indefensibly boring. Only the flickering visuals prove stimulating. It’s a bunch of pretty computer-animated star-stuff, but so is that “Flying through Space” screensaver on computers from the 1990s.