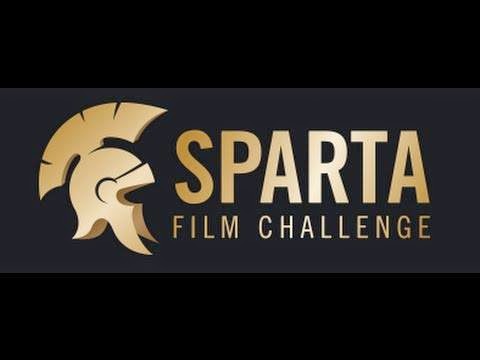 I enjoyed some judging duties this weekend with the SPARTA Film Challenge in support of DIFD, which aims to create awareness and support for youth mental health. This round of Ottawa’s 72 Hour Film Challenge tasked filmmakers with shooting a film in a mere three days using the ‘catch criteria’ of a line of dialogue (an iconic movie line) and a purple DIFD wrist band. I wasn’t able to make it to the Monday screening as planned (car trouble... everyone’s battery is dying these days!), but it’s fun to watch the films on the small screen even if you can’t see them on the big one.

It’s always fun to see what creative sparks emerge in such a quick turnaround period, and this round boasts some of the best films yet to emerge from the SPARTA competitions since this edition encouraged filmmakers to develop a story beforehand so that they could have a solid foundation with which to incorporate the catch criteria into something innovative that showed off their skills to their fullest potential. Part of the fun of judging this competition (my fourth round with SPARTA) is seeing how well some of the filmmakers have grown since the competition launched in January 2013. One can really see the progress, especially now that some talents are clearly revising and improving their work with each edition of the festival. In the past we've had some films that had a great story, great enthusiasm, or great production value, but many of this round's films check the boxes for all three. Take a lot at what the local film scene has to offer and let me know which one’s your favourite! They're lots of fun.

(Films appear in random order, save for the winners at the top.)
*Please note that submissions to the Cellar Door Film Festival have been omitted to avoid a  potential conflict of interest.*

Salvation from Vincent Valentino on Vimeo.

Two in the Palm
By Adrian Mathews

Life of Bagel 2.0
By Ilish Karson

Danny Sauce: Live in the Dream
By Liam Kennedy-Finnerty

Once again, well done to the filmmakers and thanks to Allen, Jo, and their team for organizing this great initiative for local talents! It was a pleasure!