Canuck Classic 'The Luck of Ginger Coffey' Screens on 35mm 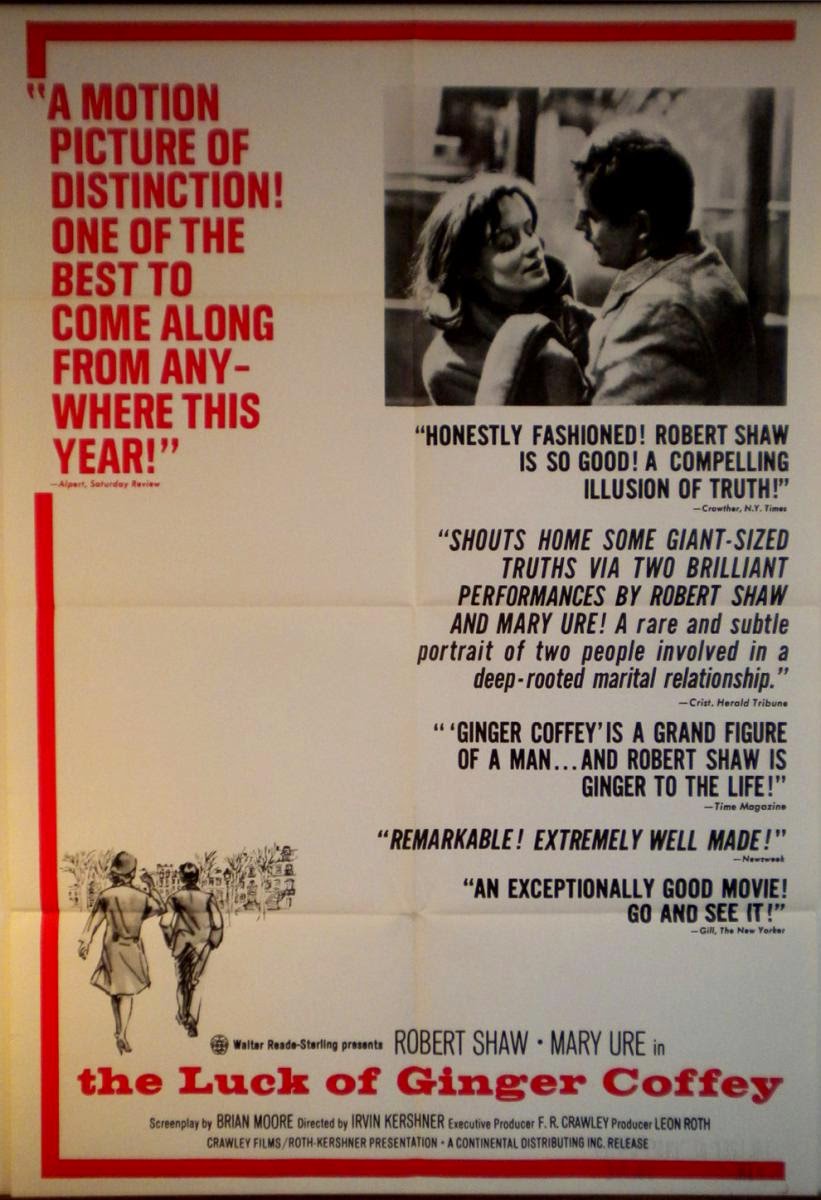 Canadian film fans in the National Capital will want to check out Lost Dominion’ Screening Collective’s screening of The Luck of Ginger Coffey when it screens tomorrow night at The ByTowne in a rare 35mm presentation of a hidden gem. Ginger Coffey holds a place in Canadian film history as the 1964 winner for Best Feature at the Canadian Film Awards and as one of the most significant early works to start the conversation of what constitutes a “Canadian film” given its Canadian source material, production company, and setting along with its American director (Irvin Kershner, who went on to direct The Empire Strike Back) and foreign stars, most significantly Robert Shaw.


Shaw’s acclaimed performance and foray into Canadian film is notable given the film’s release between two of Shaw’s landmark performances in From Russia with Love and A Man for All Seasons. Shaw stars as James ‘Ginger’ Coffey, a down-on-his-luck Irishman who moves to Montreal with hopes to better his prospects and finds that little changes for his fortune in this new land. The film co-stars Mary Ure, as Ginger’s wife Vera. (The two were also married in real life.) The film is adapted from the novel by Brian Moore, whose novels have provided the source for other Canuck milestones like Black Robe.

The film also has a tidbit of local interest as one of the more notable efforts of the Ottawa production company Crawley Films. Crawley is best known for one of its last and most high-profile efforts, the 1974 Janis Joplin documentary Janis.

From Lost Dominion: The film is also notable today for the talented production team that helped bring it to the big screen. It was produced by F.R. ‘Budge’ Crawley. By the 1960s Ottawa’s Crawley Films was the largest independent production company in Canada, producing a slew of television shows, commercials, documentaries, animation and training films. Crawley was determined to break into the feature film business. His first foray was the 1963 surrealistic satire Amanita Pestilens (previously presented by Lost Dominion at the ByTowne), and The Luck of Ginger Coffey followed soon after.

The screening of Ginger Coffey includes the local short Joan by Pixie Cram.

The Luck of Ginger Coffey screens at The ByTowne on Tuesday, March 31 at 9:15 pm.
[Trailer not available.]