Disney Magic Returns with a Bibbidi-Bobbidi-Boo 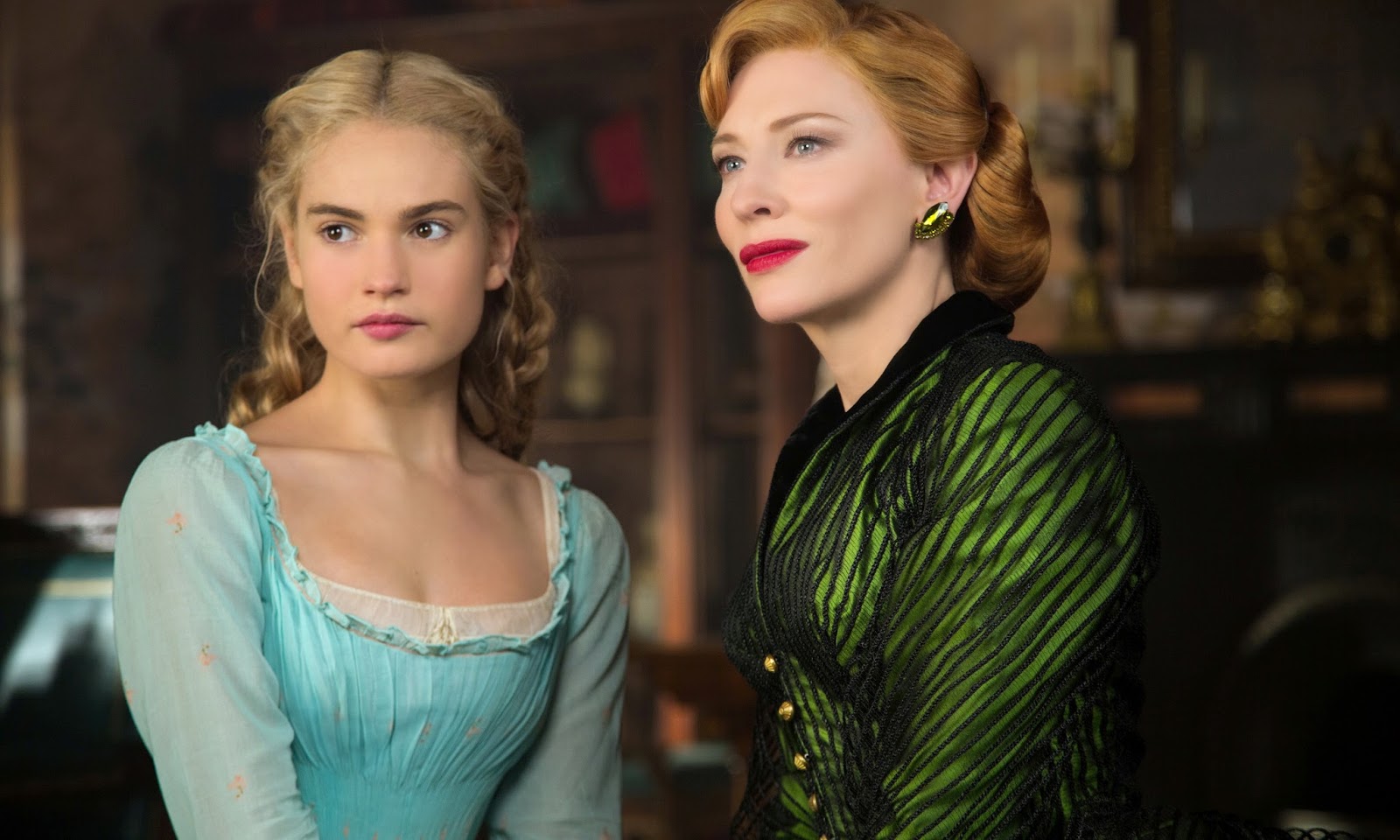 You know the story. Poor little rich girl meets prince. Prince likes commoner. Pumpkin, mice, Bibbidi-Bobbidi-Boo, glass slipper, and all that. Chaos ensues. And they live happily ever after.

It’s Cinderella, every kid’s favourite tale of unlikely love. The beloved Disney animation gets a live action remake in this stately adaptation by Kenneth Branagh (Hamlet, Thor). Cinderella marks this year’s annual return to a Disney classic, and the studio behind Mickey Mouse might finally hit its stride in this enjoyable and impeccably crafted return to one of its greatest classics.

Cinderella sits above ugly stepsisters like Alice in Wonderland and Oz: The Great and Powerful as it does its best to recapture the magic of the original film while also delighting parents who grew up with the classic and want to recapture the magic with their kids. Last year’s Maleficent offers the closest thing to a fit with the glass slipper that Disney’s found before Cinderella, since the inspired Angelina Jolie film furthers the tale of Sleeping Beauty with a provocative play on consent and the rights of women, but the dark allegory doesn’t always jive with Disney’s signature cheeriness. Cinderella, though, fits the mood, tone, and texture of the original just as well as the glass slipper fits Cindy. It might fit too well, actually, since the film’s almost fateful to the original to the point of redundancy. Cinderella could easily play side by side with its animated sister and offer the exact same thing. The animated film virtually serves as a storyboard to this return to Cinderella, which is both the film’s success and its failing.

The contemporary doesn’t seep into Cinderella as well as it does for Maleficent, which is too bad since Cinderella’s tale of a commoner finding love beneath the crown could easily be The Kate Middleton Story. The few times that Cinderella tries to add some contemporary sensibility are the few times in which it mostly stumbles, such as the clunky mantra ‘Just because it’s what’s done, doesn’t mean it’s what should be done,’ that bridges the social gap between Cindy and Prince Kit. The line, FYI, is a total rip-off of the delightfully campy throwback Australia. (Busted.) The film also makes an earnest attempt to add diversity to the cast, yet it ends up filling all the servant roles with visible minorities while the white kids dance at the ball. It gets points for trying, especially for Nonso Anozie in the gallant role of the Prince’s lead guard.

Even if this Cinderella doesn’t really say anything (or, for that matter, update the morale that every pretty girl needs a prince to save her), it’s still an enchanting piece of bigscreen entertainment. Cinderella works best as a throwback to fairy tales and an ode to the magic of make believe that entrances us at the as kids in the first place.

This Cinderella has lots to like, too, thanks to the smashing casting choices of its three key female roles. “Downton Abbey” upstart Lily James (aka Rose in the world of the Granthams) is a spunky, spirited Cinderella. Girlish, but strong and humble, James brings a girl-next-door charm to the role and helps make Cinderella down to earth. Helena Bonham Carter, on the other hand, is an obvious choice for the Fairy Godmother, but she brings exactly the kind of eccentricity and playfulness that the role needs to guide Cinderella through its fantastical turn.

Cate Blanchett, finally, is a truly inspired choice for the wicked stepmother, Lady Tremaine. Blanchett’s a hoot and an appropriately large presence, but this stepmother is far less cartoonish than the original baddie. Blanchett is far more animated than her predecessor is, and the range of her playful wickedness finds humanity in the villainess that one cannot see in the original film. There’s one area of improvement to be had in Cinderella and it comes quickly and fleetingly in a pastiche of film noir and fantasy elements that situate Blanchett’s character within a roster of baddies rotten to the heart. If only Cinderella focused on the villain’s story, Disney might have hit the bull’s eye.

Still, though, I’m certainly not the target audience for a Disney Princess movie and I think this live action return mostly delivers. Branagh’s direction puts the film in a unique grey area between period work and fantasyland with lavish sets that could easily double in one of his classical Shakespeare adaptations along with eye-popping anachronistic splashes of Tim Burton-y whimsy. The costumes by Sandy Powell are loud and grand (Lady Tremaine’s threads are especially spectacular!) and the sets by Dante Feretti are a fairy tale come to life. The wonderful Disney animals might be the best impressively animated (and least distracting and annoying) that the studio has come up with yet, for the wood mice who act as Cinderella’s comrades are cute creators with humanlike charms, but their adorableness doesn’t overwhelm the film. Branagh balances the various ingredients of Cinderella rather nicely.

Branagh’s hand at adaptation ensures that Cinderella is as faithful a rendition of the classic fairytale as one could be. (He is, after all, the guy who made a four-hour Hamlet with the original text.) Enjoy the magic of Cinderella exactly as you remember it. 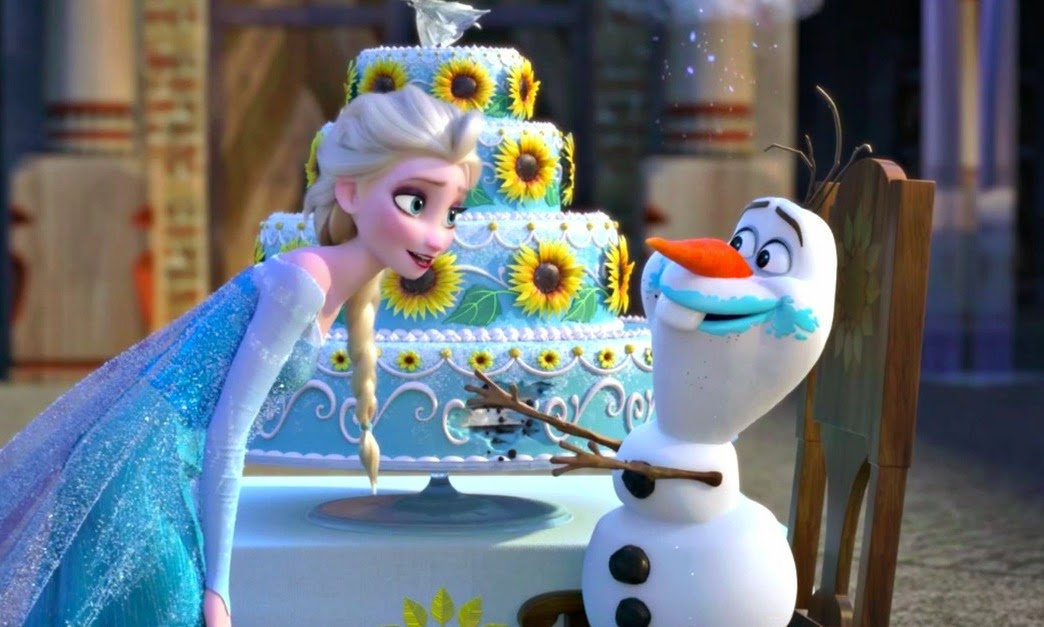 Cinderella seems far less derivative than it could have thanks to the redundant short that precedes it. Everyone still has Frozen fever following the billion dollar Oscar winner of 2013, so Frozen Fever returns to the land of singing ice princesses and Olaf the annoying snowman. Even an admirer of Frozen must admit that this short is completely pointless. Frozen Fever takes the best elements of Frozen and recycles them with a song akin to the hit “Let it Go” as the sisters sing and dance while Olaf does his shtick, but it all feels so effortlessly uninspired. Cinderella recaptures magic while Frozen Fever lets magic slip away. Let it go, guys.

What did you think of Cinderella?