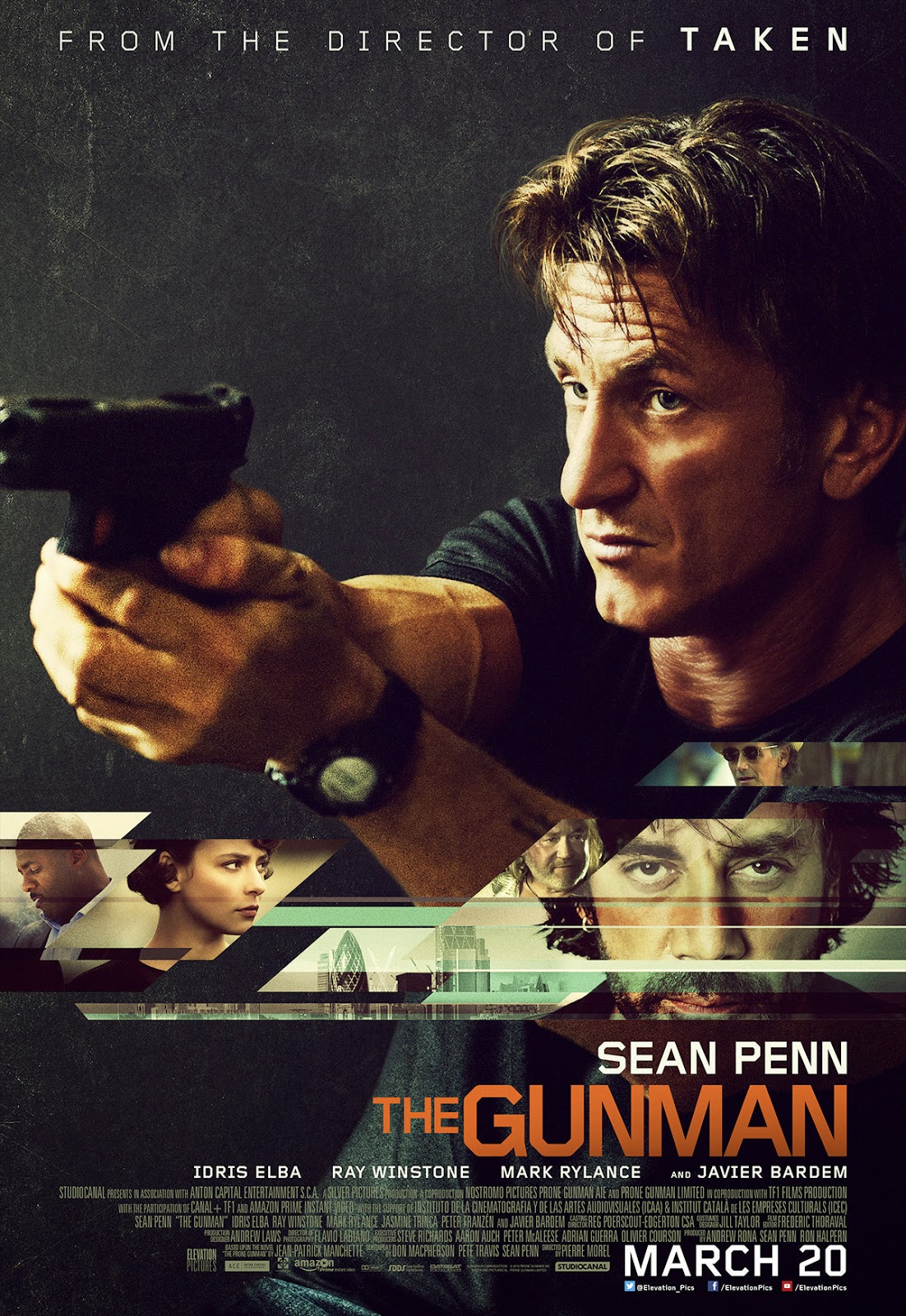 Is Sean Penn the next Liam Neeson? Penn teams up with Taken director Pierre Morel for the upcoming political action-thriller The Gunman, and the Oscar winner wants you to come along for the ride! The Gunman opens in theatres March 20 from +Elevation Pictures , but if you want to attend a sneak peek across Canada, you are in luck! Answer the trivia below for your chance to win tickets!

Synopsis: In this political action thriller, Jim Terrier (Penn) is an ex-special forces government contractor whose past comes back to haunt him when his former employer tries to have him killed. Thrust into a heart-pounding game of cat and mouse, Terrier races from the jungles of Africa to the streets of London and the vibrant city of Barcelona in a mission to flush out the people who want him dead. Terrier knows there’s only one way to save himself: he must bring down one of the world’s most powerful organizations and face a dangerous enemy from his past in a nerve-shattering showdown that only one man will survive.

Thanks to our friends at Elevation Pictures, Cinemablographer.com has double passes to sneak peeks of The Gunman in Vancouver, Victoria, Edmonton, Calgary, Winnipeg, Ottawa (Gloucester), and Halifax on March 19 at 7:00pm and Toronto on March 18 at 7:00pm

The Gunman is based on a novel by what acclaimed author?
a) Jean-Patrick Manchette
b) Robert Ludlum
c) John le Carré
d) Bryan Mills

Send your answer to contests@cinemablographer.com with the subject “The Gunman – [City].”
Don’t forget to include your city!*

The Gunman opens across Canada on Friday, March 20 from Elevation Pictures.